What a year it has been! Here we are in the final month of 2019 in the season of Advent. As I look at where we are and what has been achieved this year I can’t help but feel so grateful to God for the many blessings we have received. I want this to be a reflection of the year gone by and I will take you on a journey revisiting each quarter of the year.

It is a privilege to be doing this work and praise God it is having an impact on souls around the country and even around the world. Thank you so much for your prayers and support this year because without that we would not be able to achieve what we have done this year. 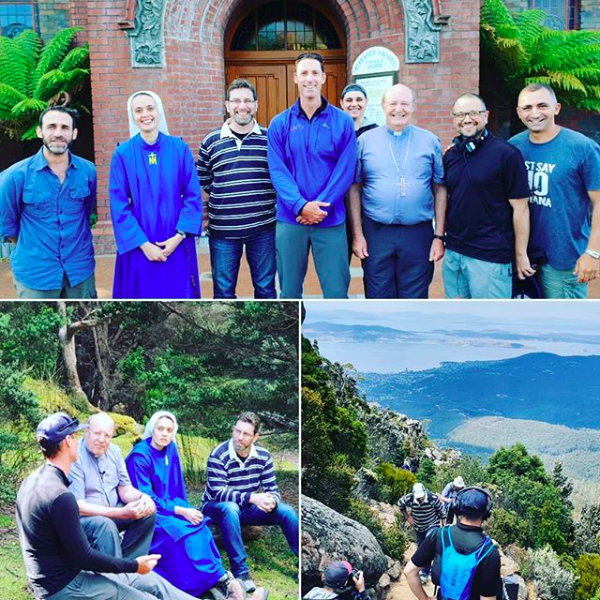 Above: The crew for one of the shows in Tasmania ‘Source & Summit’

We begin with the first major project of the year. It was the filming of an exciting new program called ‘Source and Summit’. Sam Clear had this crazy idea to interview special guests while walking up seven different mountains. He had 3 different guests for each mountain which meant 21 guests in total – all while taking a film crew with them! After weeks of filming some of the most amazing spots in Tasmania, it looks like it will be a very powerful series that includes Australian guests overlooking some of the most spectacular views this country has to offer.

Also during this first quarter, our good friend Raymond De Souza passed through giving a handful of talks to over 2,000 people. He has a strong no-nonsense approach to defending the faith and can do so in four languages! He will be returning in 2020 for our Pro-Life conference so look out for that. This was the first speaking tour of the year and what a way to kick start it! 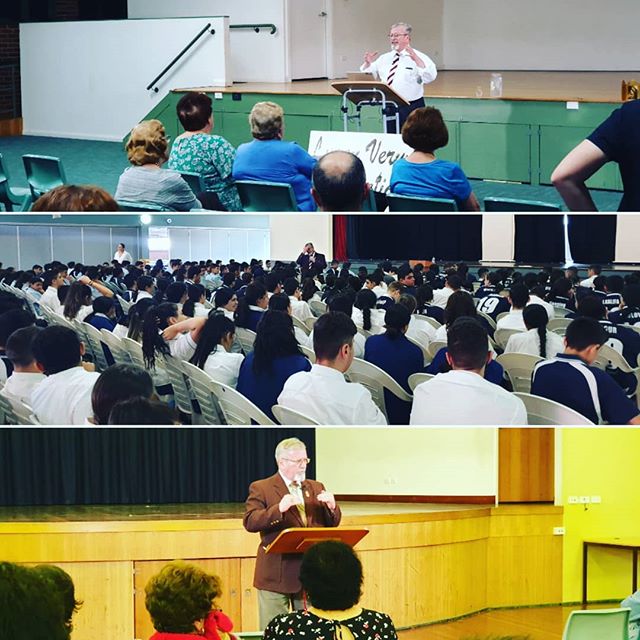 Above: Raymond De Souza was a hit once again. Speaking to thousands.

The famous young adults faith formation group made a comeback in 2019 after a two year break. Fr John Rizzo kicked off the year, speaking on ‘The World, The Flesh and The Devil’. Since 2001, St Charbel’s in Punchbowl, Sydney, have hosted a formation group called Guardians. I was privileged enough to be at that first talk back then and also joined the committee in 2005 which was the same year Parousia began and later became the co-ordinator.

With over 20 talks this year, an estimated 3,000 people came to be inspired in their faith with a variety of local speakers as well as some international speakers. We were supporting Guardians this year by filming and publishing the talks as well as organising many of them. Looking forward to a bigger year in 2020! 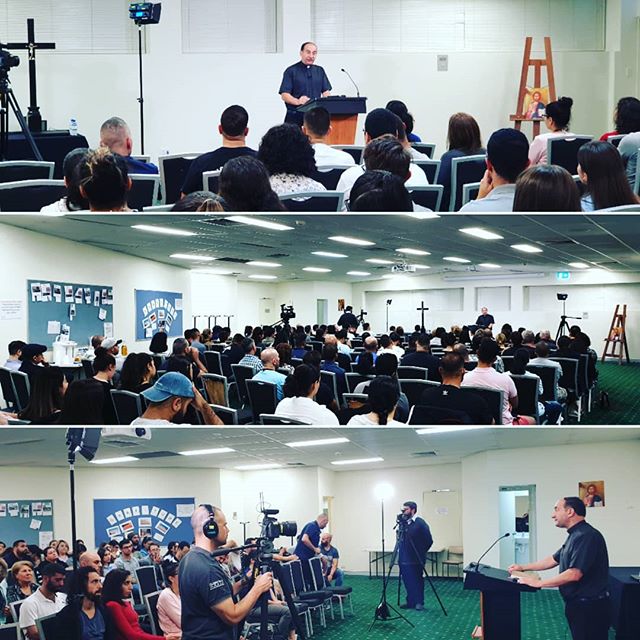 Above: Fr Rizzo kick started the year for Guardians for 2019

In April we published and launched the book ‘Esto Vir‘ (Be a Man), by Fr Paul Chandler. It is an excellent book on the theology of Male Spirituality. It was very popular with talks, interviews and book signings in both Sydney and Melbourne this year. We hope to launch the book in Brisbane in early 2020 so please pray for that. If you have not gotten your copy, make sure you do as its a very comprehensive study on the topic.

We also had planned for April the tour with Jeff Cavins but unfortunately had to cancel due to the death of his mother in law. We have rescheduled him to return in October 2020. Stay tuned for the details!

In May we had our annual fundraising dinner held at the Epping Club, and what a great night it was! Over 300 guests were in attendance to witness the unveiling of the new Parousia logo, name and a prospectus explaining our vision and mission. It felt like a real celebration – the vibe in the room was tremendously positive. So many people in the room had been impacted in some way or another by the work of Parousia. 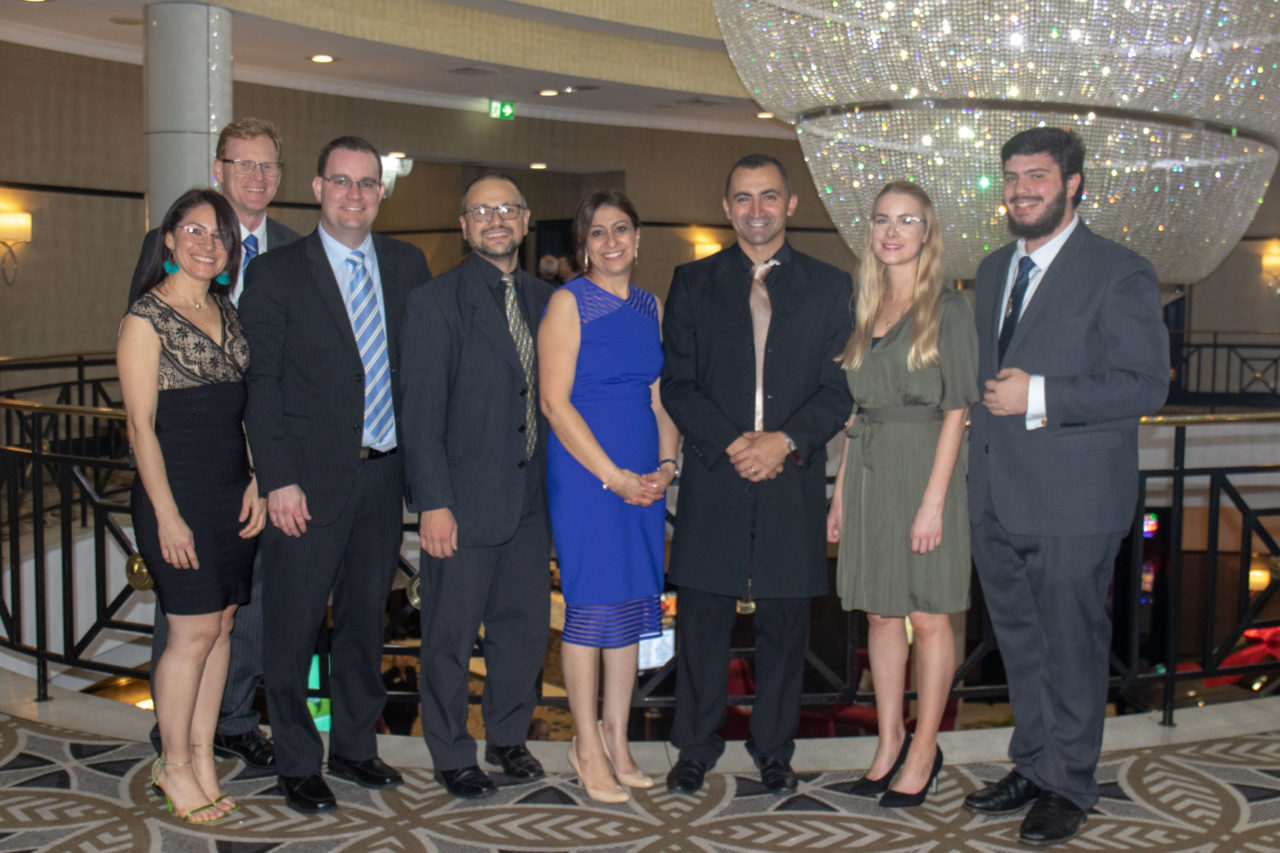 Above: The staff at the Parousia fundraising dinner in May

We announced that ‘Parousia Media’ would be known simply as ‘Parousia’ and a new logo refresh to match. Thank you again to all of you who made the night a success and continue to support us month to month. It is having a big impact. Please know of our gratitude and prayers.

I was blessed to be invited to go to New Zealand and share my testimony at a men’s breakfast. This was a very significant trip as it involved having workshops with the different agencies in the diocese as we shared the story of Parousia with them and shared some advice as to what has worked for us over the years. We will be back in 2020 to keep the relationship developing further. Please pray for New Zealand!

Above: My trip to Christchurch, New Zealand. With David Powick.

Dr Edward Sri came back to Australia for his third visit in as many years. He gave a two day seminar on the Gospel of Matthew to the religion teachers in the Parramatta diocese.

He also spoke to university students and parishes. He has become very popular especially with his famous study programs ‘A Biblical Walk with the Blessed Mother‘ and ‘A Biblical Walk Through the Mass‘. His new program ‘No Greater Love‘ was launched in Australia in 2019.

Above: Dr Ed Sri came back to speak to a range of groups in July

In August, Deacon Harold Burke-Sivers traveled across NSW for a two week tour. He gave over 20 talks and reached thousands of people. This tour included Albury, Moss Vale, Wagga Wagga and new parishes in Sydney.

At the end of the tour I was blessed to journey with him and 30 other pilgrims on our first ever Parousia Pilgrimage. This was with Harvest Journeys and was their famous ‘Walking with Mary’ Pilgrimage. We began in Fatima before traveling through Spain and finally ending up in Lourdes, France. I can’t speak highly enough about this experience and strongly encourage you to make a pilgrimage if you can.

Above: Deacon Harold was very busy giving talks and leading a pilgrimage

While I was overseas we had Fr Leo in Australia speaking in Sydney and Melbourne. He was a hit as always. With such humour, knowledge and passion he never disappoints. We look forward to welcoming him back in 2020 also! 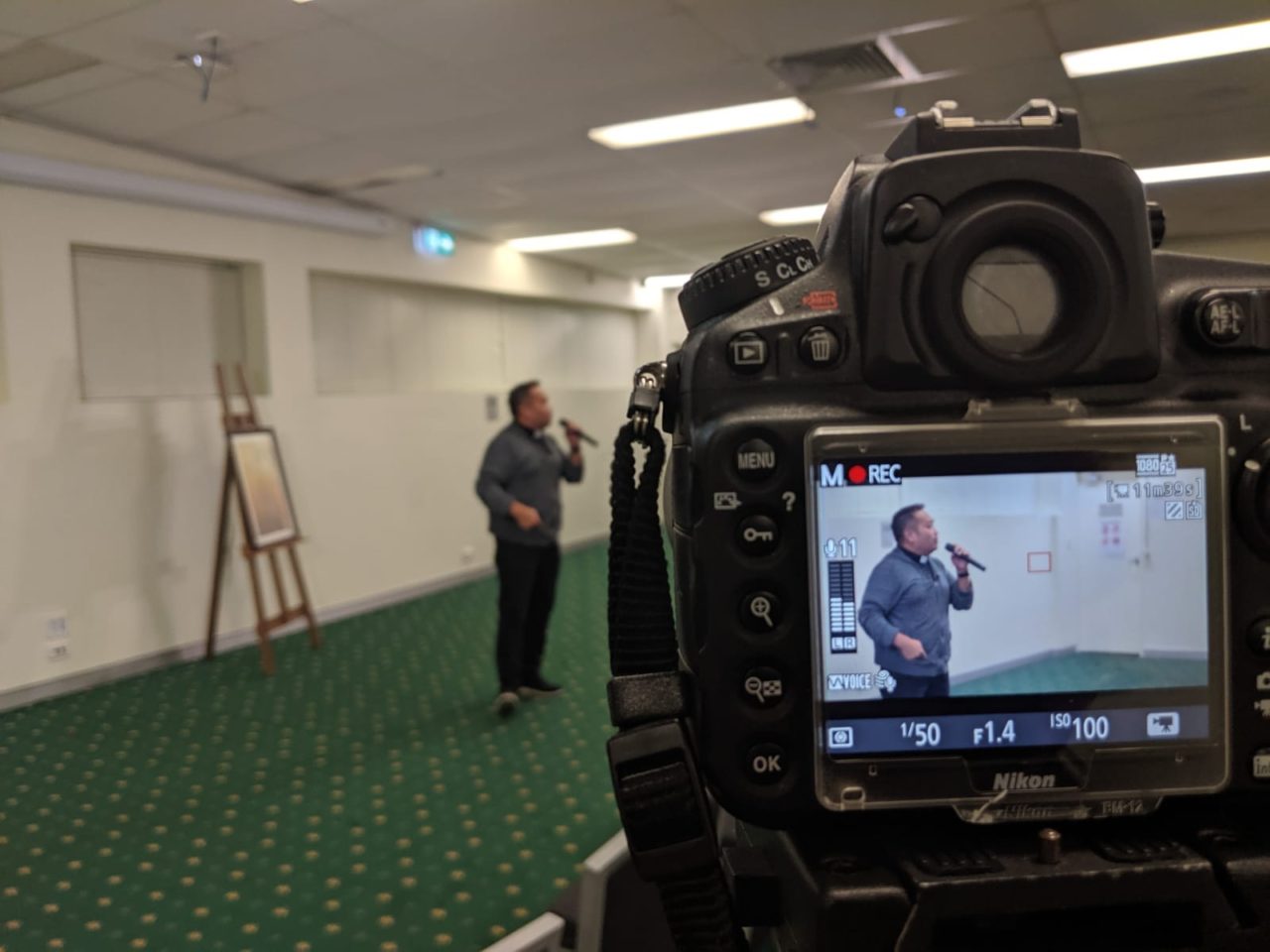 Above: Fr Leo Patalinghug came back and was entertaining as usual!

In October we had Paul J Kim pass through as well as four powerhouse speakers from Catholic Answers. This was the first time we have had this many speakers at once and our first ever 3 day conference. They were so professional, entertaining, joy filled and knowledgeable.

We went to Brisbane, Melbourne, Wollongong and Sydney and the success of this tour has led to a stronger partnership between Parousia and Catholic Answers. 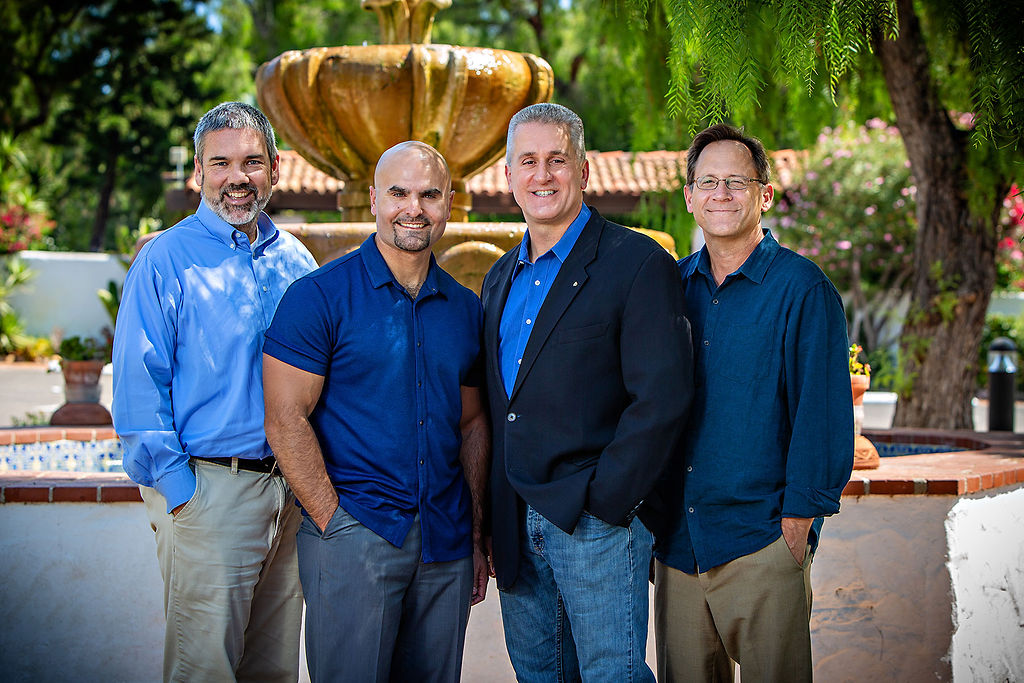 Also this quarter, we welcomed John Pridmore who was also very powerful with his famous testimony titled ‘From Gangland to Promised Land‘. Look out for his return in 2020 as well!

Above: John Pridmore with parishioners of Taree following his talk

As you can see its been a busy year and such a blessed and impactful one. This is only a small snapshot of what we did this year. I have not mentioned some of the exciting initiatives like the Support Your Priest Sunday and many other initiatives. From all the team at Parousia, may you have a blessed Christmas and New Year!

The Parousia Hour: 2019 in Review with Charbel 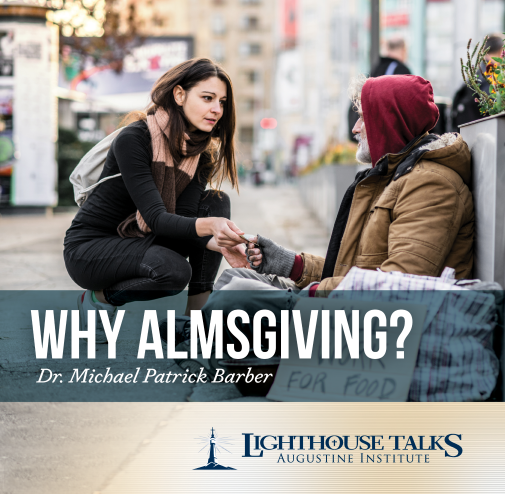 CD of the Month! Why Almsgiving?

Advent, the season in which we prepare for Christmas, is a penitential season. One of the key acts of penance that the Church recommends is almsgiving. But why? Citing the Old and New Testaments, the Catechism, and his own engaging personal stories, professor and author Dr. Michael Barber explains the “inner logic” of almsgiving, and how this often-misunderstood aspect of our faith is a critically important good work, related to our own unmerited redemption in Jesus Christ. 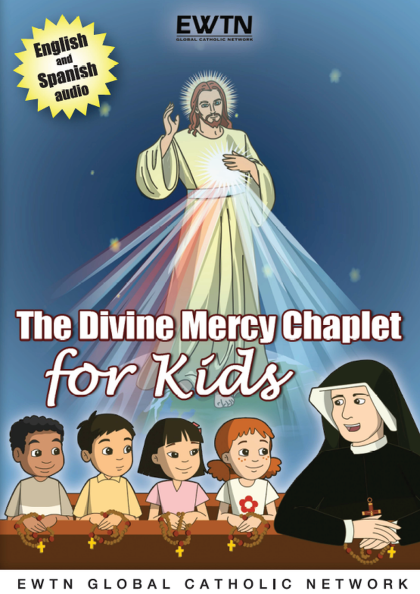 Engagingly animated, this program features St. Faustina teaching her young friends Kristin, Enrique and others about the Divine Mercy Devotion and how to pray the Chaplet. Covering such topics as the origins of the Divine Mercy image, the importance of the Sacrament of Confession, and much more. English and Spanish audio. 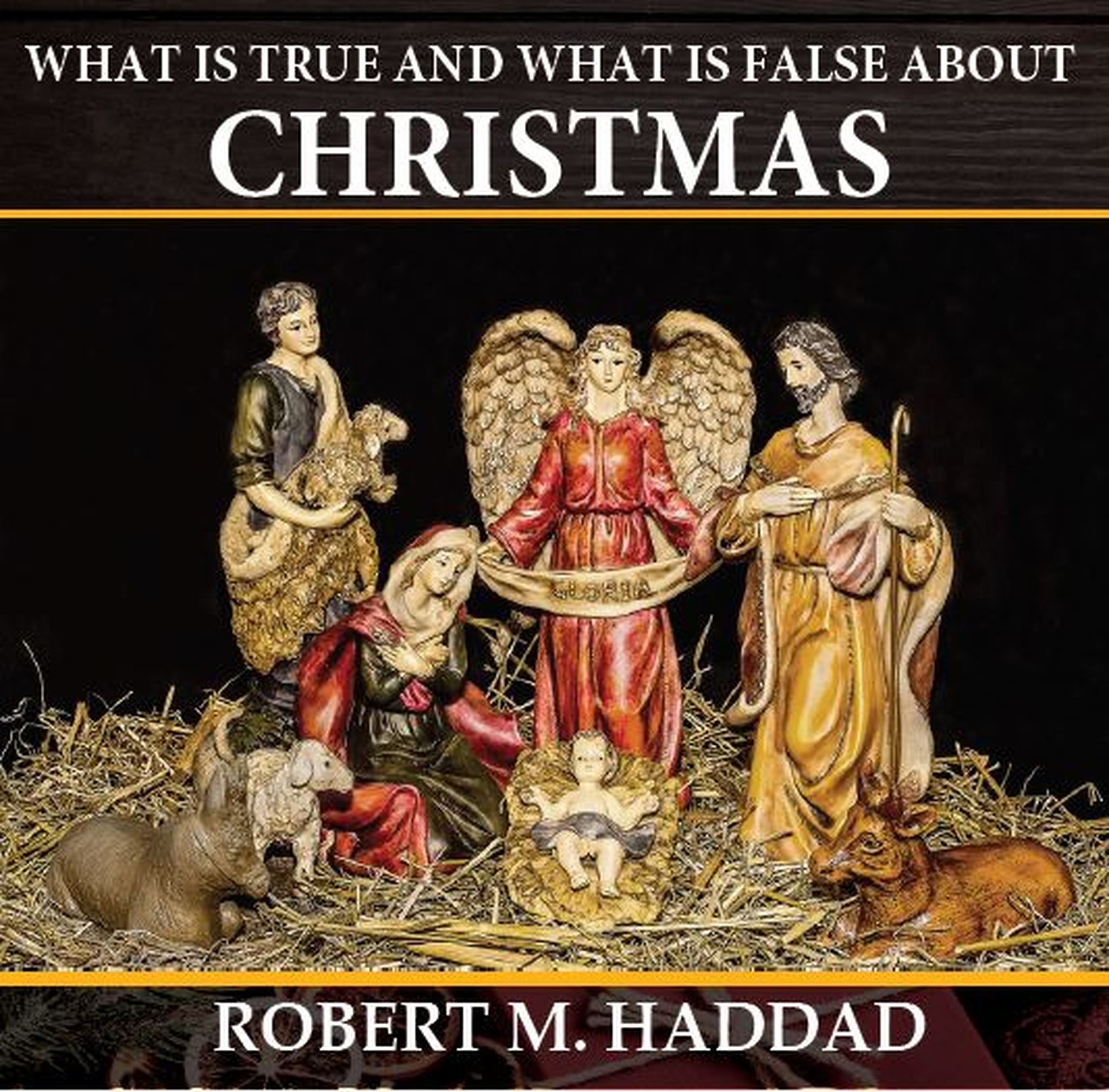 What is True and What is False About Christmas – Robert M. Haddad (CD)

This presentation focuses on the good, true and beautiful things concerning Christmas as well as those things in modern culture which detract from Jesus Christ and distort the original meaning of Christmas. 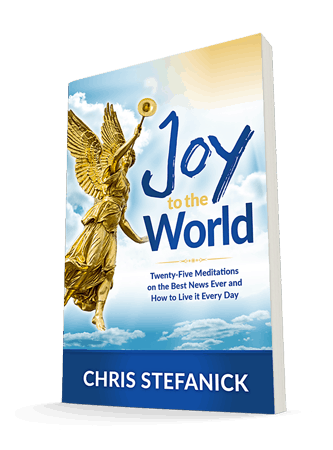 Joy to the World: Twenty-Five Meditations on the Best News Ever and How to Live it Everyday – Chris Stefanick – Real Life Catholic (Paperback)

We’re all looking for “something more.” What if I told you it’s within your grasp? The message of the Gospel is the love we’re made for, the glory we’re destined for, and the hope we’re longing for. That’s what Christmas is all about. It’s what Christianity is all about. It’s what LIFE is all about! The brief, accessible meditations in this book will not only help you dive fully into the Christmas season, it will help you live out the best news ever, every day. 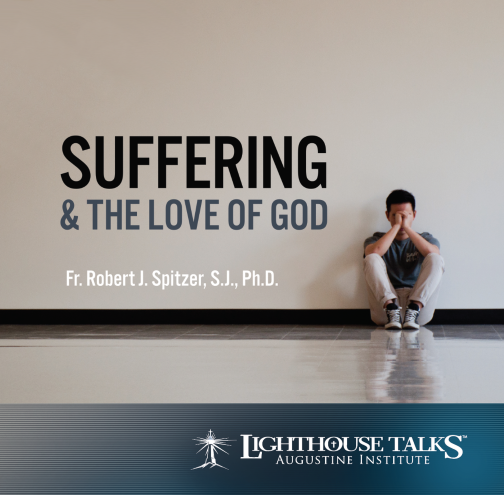 Why would an all-powerful, all-loving God allow suffering and evil in the world? As Fr. Robert Spitzer, S.J., Ph.D. explains, unsatisfying answers to this important question are the #1 reason for atheism today. But by answering this question with logic and love (as well as with scientific, peer-reviewed evidence for the existence of life after death), we can not only answer this question truthfully and satisfactorily, but also teach our fellow Christians how to suffer well, in preparation for the limitless love of God that awaits us in eternity. 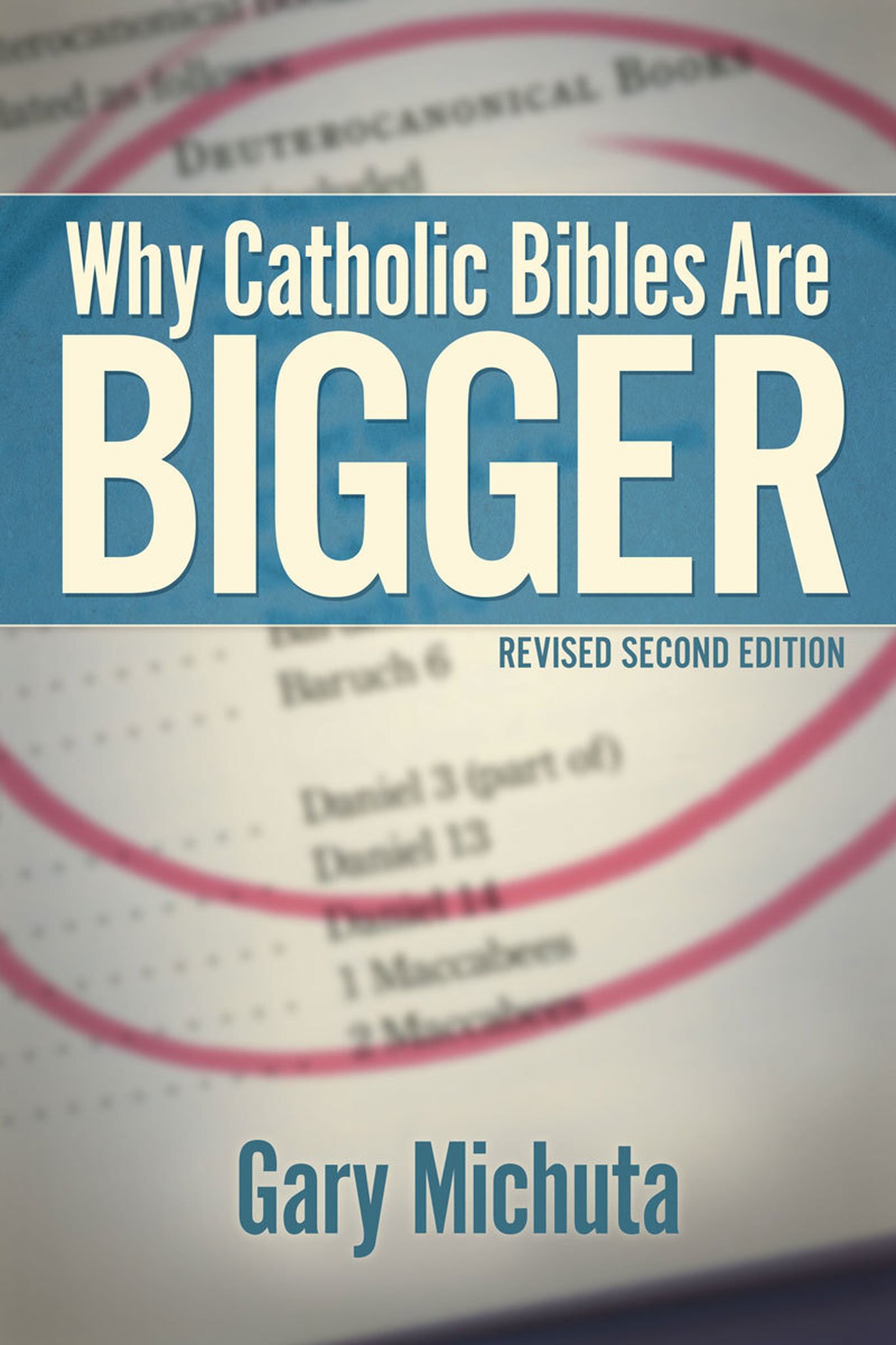 Did the Catholic Church add extra books to the Bible? Or did Protestant leaders have them removed? Find out the truth! In Why Catholic Bibles Are Bigger, Gary Michuta presents a revised and expanded version of his authoritative work on this key issue. Combing the historical record from pre-Christian times to the Patristic era to the Reformation and its aftermath, he traces the canon controversy through the writings and actions of its major players. You’ll be left with a clear picture of the causes of this tragic divide, and you’ll be able to explain and defend the reasons for the full, unabridged Catholic Bible. 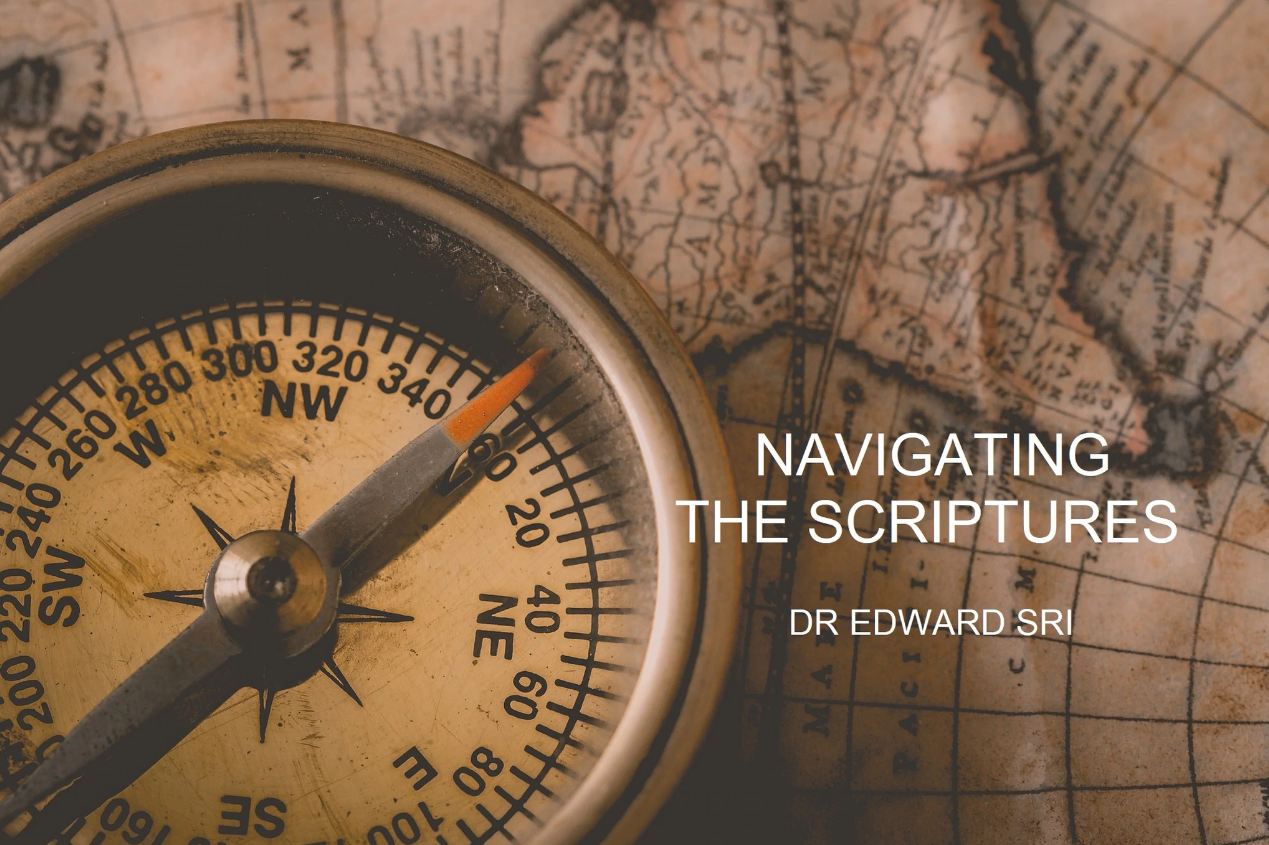 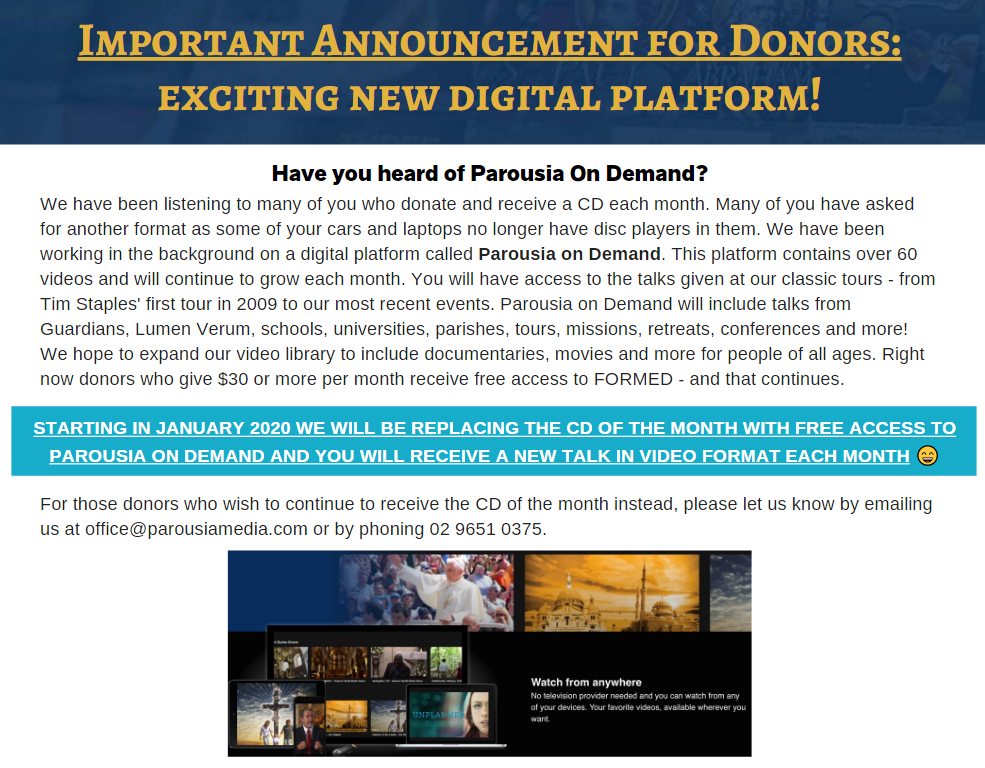 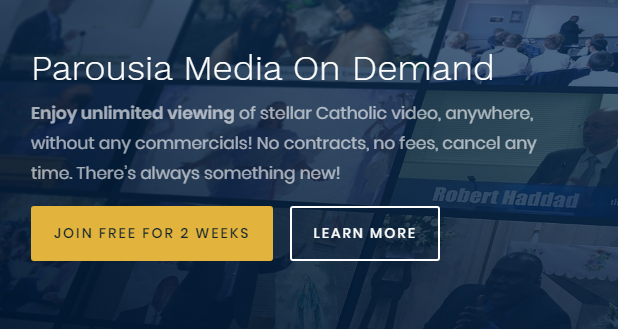 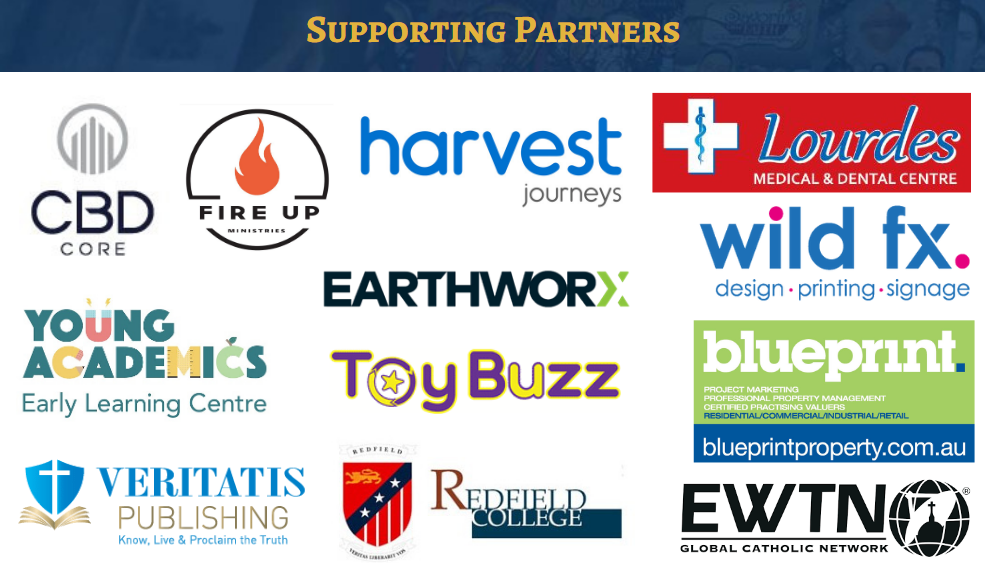