Lessons from The Conversion of St. Paul | Scott Hahn 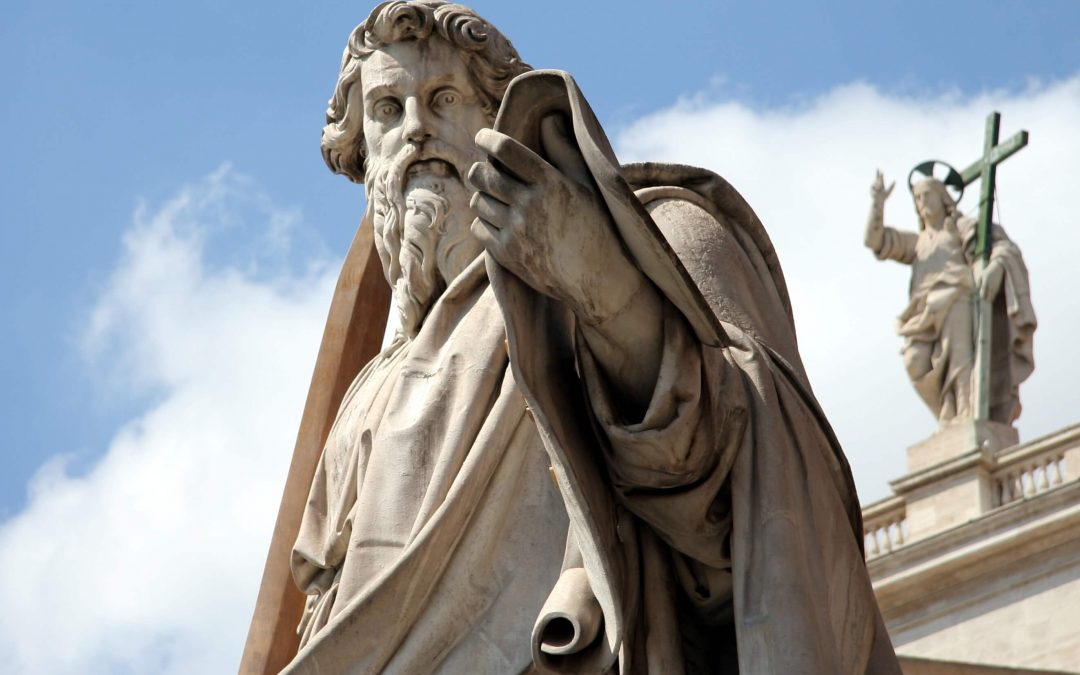 Our latest post comes from Scott Hahn and the St. Paul Center for Biblical Theology!

Here at the St. Paul Center for Biblical Theology, January 25th is sort of one of the biggest dates in the liturgical calendar, and no wonder, because it’s the Feast of the Conversion of Saint Paul.

When you look at church history, you discover what Harnack said and others too, that the history of Christian theology is sort of a history of all of the debates about what in fact Paul really meant.

You go back to the second century, and the Gnostics were always taking his side, or they thought they were following Paul until a man like Saint Irenaeus comes along and shows us how to read him right.

Pelagius thought that salvation was something that we could do ourselves, and if you were weak, well, you might need God’s Grace. But Saint Augustine used Saint Paul at the end of the fourth century, the early fifth century to show that, no, without grace, without the power of the Holy Spirit as Saint Paul taught us, there’s nothing we can do that is pleasing to God. He alone can make us his children, and He does it not by our own merit, but by what Christ has merited by the power of the Holy Spirit by the grace that is more than just a free gift. It is a participation in the very life of God and Christ’s own divine sonship. 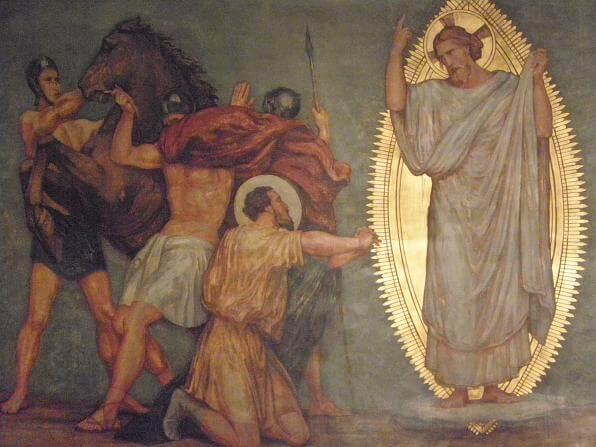 The Conversion of St. Paul: “The Most Thoroughly Converted Man”

One other thing that I think about when I look at Paul’s conversion is he’s been described frequently as the most thoroughly converted man in history.

Well, that is certainly true, because when you look at Saul and his fellow Pharisees who were rejecting Jesus as the Messiah, and especially Saul who wasn’t just rejecting Him but persecuting His followers, and compare him to Paul, the apostle to the Gentiles, I mean that is a profound conversion.

It’s been also said that Paul was such a great apostle, because Saul was such a great persecutor. God simply took all of that energy that he was misspending on the persecution of Jesus’ followers and redirected that, harnessing it in a holy way by making him the most fervent and effective apostle back in the first century.

We also have to clarify one other thing about Paul’s conversion.

He didn’t convert from one religion to another.

He didn’t cease to be a Jew when he was baptized and became a Christian, for as a Jew he had been waiting like all of his fellow Jews for the coming of the Messiah. He just didn’t think that Jesus was the Christ until that fateful encounter with the risen Savior on the road to Damascus.

In fact, it’s a daily need to convert by opening ourselves up to the power of the Holy Spirit.

If that’s what we mean by conversion, then in fact Paul is the exemplar.

He is the best case study.

He is exhibit A when it comes to what it is that all of us need in the grace of ongoing and ever deepening conversion. 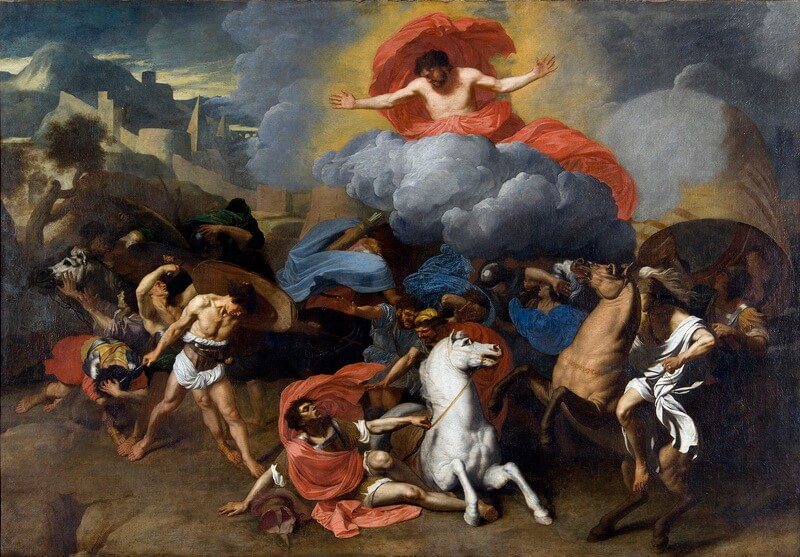 St. Paul’s Conversion: Why Was He Such a Vehement Persecutor?

I like to think about Paul’s conversion and how God redirected all of that energy.

As it’s been said, Paul was such a great apostle because Saul was such a fierce persecutor. All of that energy is not only redirected, but harnessed for a holy end.

But it raises the question, why was Saul such a fierce persecutor of the followers of Jesus here in the first generation? Scholars have debated that for years, but I think there’s a general consensus as to three points.

The Sources of Paul’s Zeal against Christians

I mean for one thing, Jesus’ attitude toward the Law was decidedly different than the Pharisees, who took a very strict approach to the 613 commandments that they enumerated in the five books of Moses, whereas when Jesus approached the Sabbath, He didn’t do it the way the Pharisees did. He would heal on the Sabbath for example, as He does throughout the gospels.

Likewise, when it came to the dietary regulations or the other purity laws, He was willing to reach out and touch a leper, as He volunteers to do in Matthew 8. I think that attitude towards the Law struck the Pharisees and Saul in particular as a lawless approach to things, and keeping the Law is the way you keep the covenant.

The second thing that scholars generally agree on is that Jesus didn’t just violate the Law at certain points. He also claimed to be God, which is tantamount to blasphemy. As we read in John 5 where Jesus healed this man who was by the poolside for 38 years, He went on to explain why by claiming to be the Son of God. We read that this is why they sought all the more to persecute Him, because He not only healed on the Sabbath, but He claimed to be God. This is probably something that also stuck in Saul’s craw.

But the third thing that sort of clinches it I think for men like Saul back in the first century was the manner of death. The fact that Jesus died through crucifixion means that He hung on a tree. According to Deuteronomy 21:23, cursed is anyone who hangs on a tree. It’s almost as though heaven itself vindicated our negative verdict on this guy’s credentials as whether or not he was qualified to be the Messiah. Clearly, he wasn’t.

When you look at those three hurdles, you realize it must have been hard for Saul to overcome those sort of obstacles or hurdles in becoming a Christian. 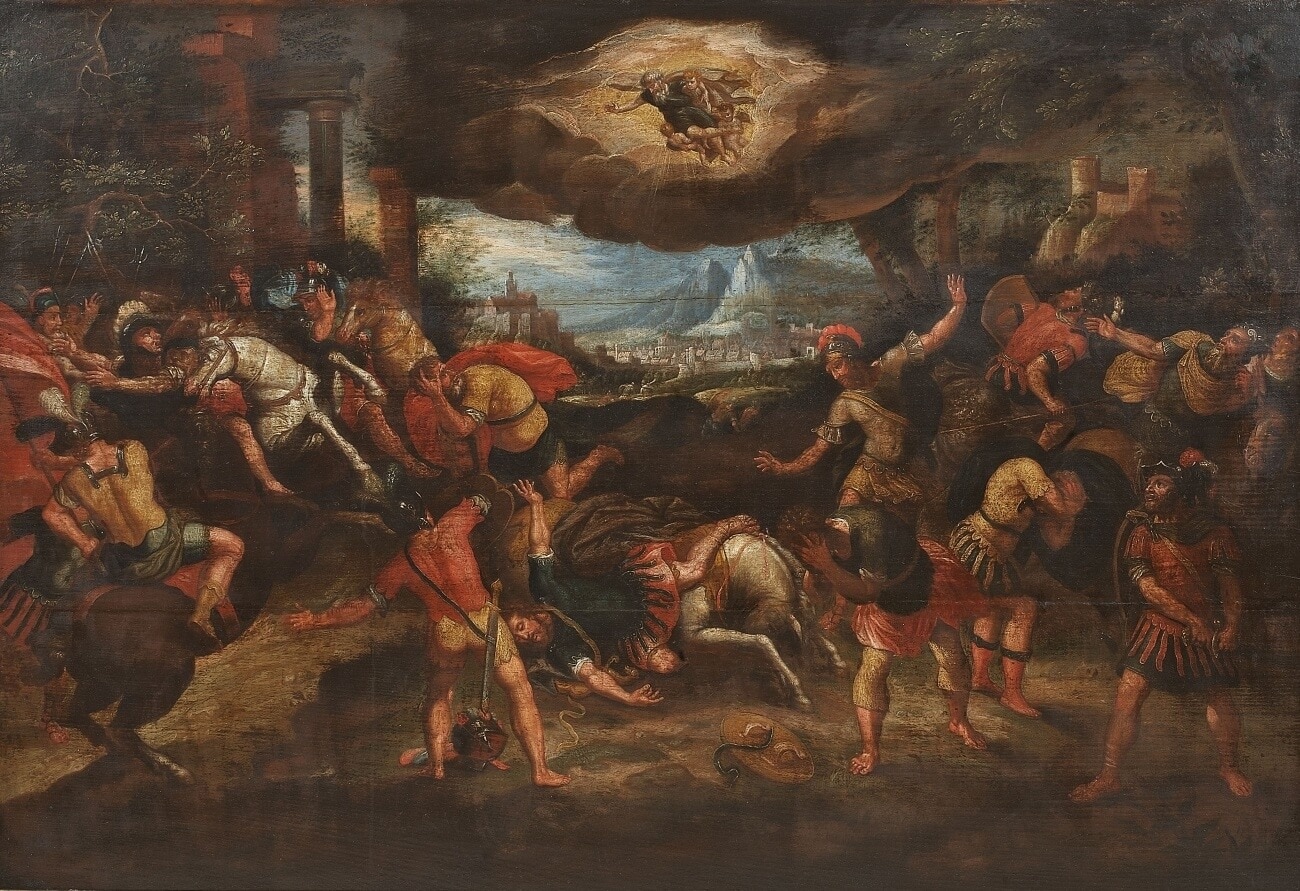 Philippians 2:5-11 and the Conversion of St. Paul

It’s almost as though Paul addresses these himself in one of the most famous and beautiful passages in all of his writings, the Christ hymn that we find in Philippians 2 verses 5 through 11 where he calls us to share the mind of Christ just as he came to. “Though He was in the form of God, He did not count equality with God ‘a thing to be grasped.'”

It’s interesting, because the Greek work that Paul uses there in Philippians 2, harpagmos, it’s given translators fits because it’s the first time the term occurs in ancient Greek literature. I think the most likely and precise translation is,

“He did not count equality with God ‘a thing to be exploited for his own personal gain.'”

When you consider that, Paul is clearly saying He did not count equality with God a thing to be grasped, but what could He do?

He emptied himself. That’s where we get the word kenosis. He poured himself out. How? By taking the form of a servant, being born in human form. Then He became obedient, but not to 613 commandments like the Pharisees had, but He became obedient unto death, even death on the cross.

Paul’s Response to His Own Objections

It’s almost as though Paul is reviewing the list of objections that he had to Christ: that He was disobedient to the Law, that He claimed to be equal with God, and that He died on the cross.

Well, the fact is He was obedient to something greater than 613 commandments. He was obedient unto death, even death on the cross, which is the most horrific form of death.

It doesn’t undermine His equality with God. The very way that He emptied himself as an act of love expresses how equality with God really works. Then when you look at the fact that He was crucified, far from disqualifying Him, the resurrection is what turns the table. It completely turns our categories upside down.

When Paul goes on in the Christ hymn to talk about how God has exalted Him at his right hand and given Him a name above every name so that at the name of Jesus, every knee should bow and every tongue should confess that He is the Christ, that He is the Lord, what Paul is getting at is something more than the resurrection resuscitated the corpse of an innocent man and vindicated his innocence.

The resurrection for Paul in Philippians 2 is basically God the Father vindicating Jesus’ interpretation of what equality with God really means, that being God does not mean that I am capable of domineering creatures, that I’m always going to have my way, that the supremacy of God consists of the fact that He is always going to be the dominant force, that He is going to basically be enabled to manipulate all these finite creatures according to his own will. No. That would make God’s supremacy utterly dependent upon creatures to push around. 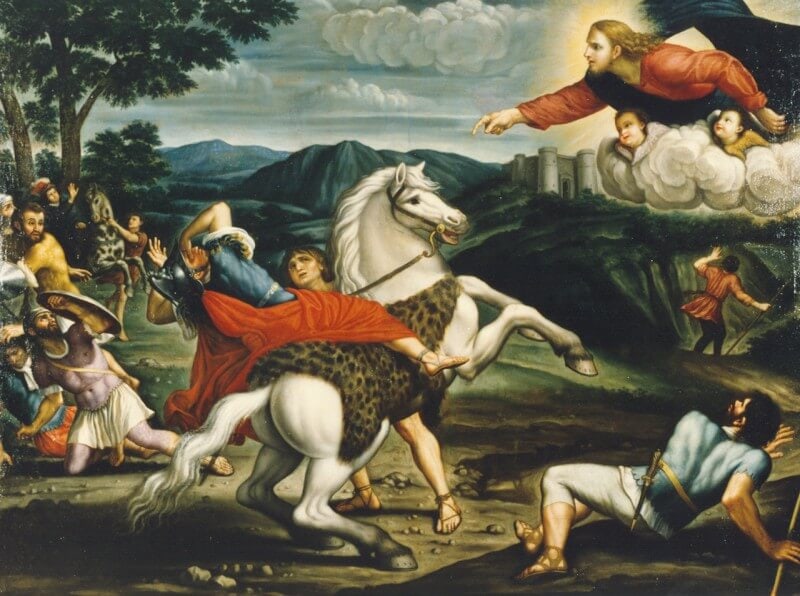 The Lesson from St. Paul’s Conversion: What is Supreme in God?

It isn’t power over creatures.

It is love, that is life-giving.

That’s precisely what Jesus exemplifies. That’s what he embodies. That’s what he expresses by being obedient to something more than 613 commandments. He’s obedient unto death, the most horrific form of death, because in dying he didn’t lose his life. He made his life a gift of love. He did with his human nature in time what God does from all eternity with his divinity.

The Father, the Son, and the Holy Spirit are persons who are constituted in these relations of life giving love, something that was completely unknown, unrevealed throughout the Old Testament.

It wasn’t until God the Father sent the Son to give us the Holy Spirit that we began to realize that what is supreme in God is life-giving love, that isn’t less powerful than brute force. It’s far greater than any kind of coercive power the creator has over the creature.

Life-Giving Love: The Grace of God

This encounter that Paul had with the risen Savior on the road to Damascus didn’t just transform his understanding of God.

It transformed everybody’s understanding of God. When we open ourselves to the Holy Spirit, we come to realize that the creator/creature relationship, as important as it is, is not something that God can be reduced down to, because apart from creator, God is an eternal trinity, an eternal communion of interpersonal love.

Now, I mean this might sound lofty and abstract, and certainly it is, because it’s inexhaustible. It’s eternal truth. It’s eternal wisdom. But the fact is, this vision of God is precisely what transforms our life, not just as individuals who discover who we really are as God’s sons and daughters, but it has the potential for unleashing the power of God in our marriages, and in our families, and in our nation, which is sorely needed these days.

I’m convinced that through the intercession of Paul and through his outstanding example, the grace of conversion is something that might be unleashing in ways that we don’t even have enough faith to pray for.

But let’s ask Saint Paul, because he does have enough faith to pray for the grace of a radical conversion for us as individuals and for us as nations as well.