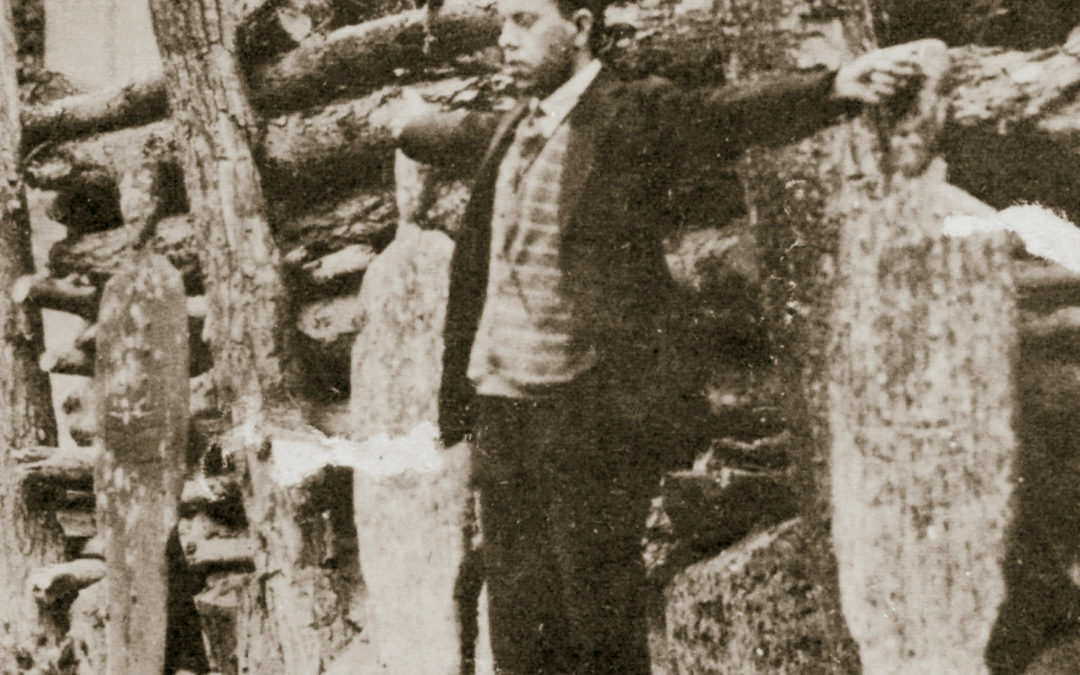 The twentieth century was witness to the rise of three political ideologies that brought destruction and death to the world and persecution to the Catholic Church. Communism, National Socialism, and Fascism may appear to be at odds in their teachings, but each of these ideologies has the same fundamental worldview: the individual is subservient to the state. Anyone or anything that stood in opposition to this fundamental tenet was an enemy of the state.

As the ideologies took root in numerous countries of the world, their leaders and supporters sought to discredit and limit the power of the Catholic Church, which in some cases produced violent and bloody persecution. The year 1917 was critical. The same year in which Our Lady appeared to three shepherd children in Portugal was witness to the rise of the Bolsheviks in Russia as well as the establishment of a socialist, anti-Catholic constitution in a Catholic country visited by the Blessed Mother in centuries past: Mexico.

The 1917 Mexican Constitution was the fruit of the Mexican Revolution, which began in 1910. The constitution was designed to radically alter Mexican government and culture by placing severe restrictions on the Catholic Church. The constitution mandated a secular education in all schools and outlawed Catholic schools (unless they used a purely secular curriculum), outlawed monastic orders, forbade public worship outside the confines of churches, placed restrictions on owning property by religious groups, and attacked Catholic clergy. Priests were forbidden to wear clerical attire, stripped of their right to vote, and forbidden to comment on public affairs and criticize government officials. The constitution also outlawed the presence of foreign missionary clergy in Mexico. Although the new constitution severely restricted religious practice in the country, enforcement of the anti-Catholic articles was loose until 1924, when Plutarco Calles was elected president.

Calles was a virulent anti-Catholic who, in the summer of 1926, implemented the Law for the Reforming of the Penal Code, which added specific punishments for violations of the anti-Catholic articles of the constitution. Priests were fined wearing clerical garb and were subject to five years’ imprisonment for criticizing the government. The Church responded to Calles’s persecution when the bishops in Mexico called for an economic boycott against the government. The bishops asked Catholics to stop attending movies and plays and to refuse riding in public buses and street cars. Catholic school teachers reacted to the bishops’ request by refusing to teach in the secular schools.

The persecution in Mexico became so intense that Pope Pius XI (r. 1922–1939) issued the encyclical Iniquis Afflictisque on November 18, 1926 concerning the events in Mexico. Pius noted that Calles’s new law added insult to the persecution as “wicked men have tried to place the Church in a bad light before the people; some, for example, uttering the most brazen lies in public assemblies. But when a Catholic tries to answer them, he is prevented from speaking by catcalls and personal insults hurled at his head.”

The pope sadly recalled that Calles’s actions resulted in violent persecution of the Church: “Priests and laymen have been cruelly put to death in the very streets or in the public squares which front the churches.” Pius XI also praised the Mexican hierarchy and people for their patience and “extraordinary virtue” in dealing with an intolerable situation. The Roman Pontiff acknowledged also the work of Catholic organizations, especially the Knights of Columbus, for their efforts for the Mexican bishops, clergy, and faithful during the persecution.

Unfortunately, the response by the bishops and the pope to Calles’s persecution resulted in more repressive measures, including the stripping of citizenship of all bishops and ordering their expulsion in 1927. Priests were arrested and killed, and those who remained in Mexico were forced to minister to the Catholic faithful in secret; always aware they could be betrayed, tortured, and executed.

One priest who stayed in the country performing his ministry in secret was the Jesuit Miguel Pro (1891–1927). Pro was the oldest child of a large Catholic family. When his sister entered the convent, Pro felt a call to the priesthood and received permission to enter the Jesuit novitiate. His seminary studies were interrupted by the troubles in Mexico, so he was sent to the United States for a time and then to Europe. Pro was ordained in 1925 and returned to Mexico shortly thereafter due to health concerns.

In order to minister to the faithful, Pro donned multiple disguises in order to escape detection as a Catholic priest. Eventually, Pro and two of his brothers were arrested by the government on the trumped-up charges of participating in a plot to assassinate former president Álvaro Obregón in 1927. (The car carrying the president at the moment of the attack had been formerly owned by one of Miguel Pro’s brothers.) The Calles government did not allow Miguel Pro a trial but condemned him to die by the firing squad.

On the morning of November 23, 1927, Pro was led to the place of execution. As he passed the assembled soldiers he blessed and forgave them. His last request, which was granted, was to spend a moment on his knees in prayer. After his prayer, he was readied for execution. Refusing a blindfold, Pro raised his arms parallel to the ground in the form of cross and uttered his last words, “Viva Cristo Rey (Long Live Christ the King)!”

The execution was well attended by journalists since the government desired to utilize Pro’s death as a deterrent to Catholic armed defense. They believed the sight of a priest at the moment of death would demoralize the populace, so pictures of his execution were widely distributed. When the pictures circulated among the people, however, they had the opposite effect: Pro’s martyrdom became a rallying cry for the persecuted faithful. As a result, the government banned the publication and distribution of the pictures and declared it a treasonous act to even possess a copy!

“Viva Cristo Rey” became the battle cry of the Cristeros, who waged a two-year war in defense of Catholics against the government. The war ended in a negotiated settlement brokered by Dwight Morrow, the U.S. ambassador to Mexico. Calles stepped down and was replaced by a moderate, and the bloody persecution ended—but the evil ledger of his activities was full as nearly 300,000 people, mostly Catholics, were killed. The effects of Calles’s attack on the Church remained in Mexico for decades but his goal of eradicating the Church in Mexico was not accomplished, in part because of the witness of the young Jesuit Miguel Pro who gave his life for his people, his Church, and his Lord. 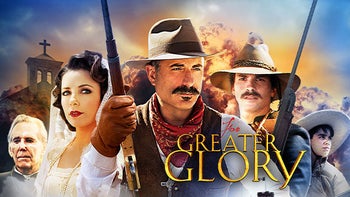 It is Mexico, 1926. A bitter and bloody feud between the persecuted Roman Catholic population, and a tyrannical Mexican government, has erupted into a full-scale armed struggle known as the “Cristero War”, which will claim over 90,000 lives and change the course of North American history forever. When government troops destroy churches, assassinate priests and their hang bodies along railroad tracks, an army of ordinary citizens join forces under the leadership of one man – the charismatic and defiant Enrique Gorostieta (Andy Garcia-5 Days of War). Together, they will risk everything for family, faith and the future of the Mexican nation. Also starring Peter O’Toole, Eva Langoria, Rueben Blades and Oscar Isaac, FOR GREATER GLORY is the heroic true story of one of the most epic battles of the 20th century.