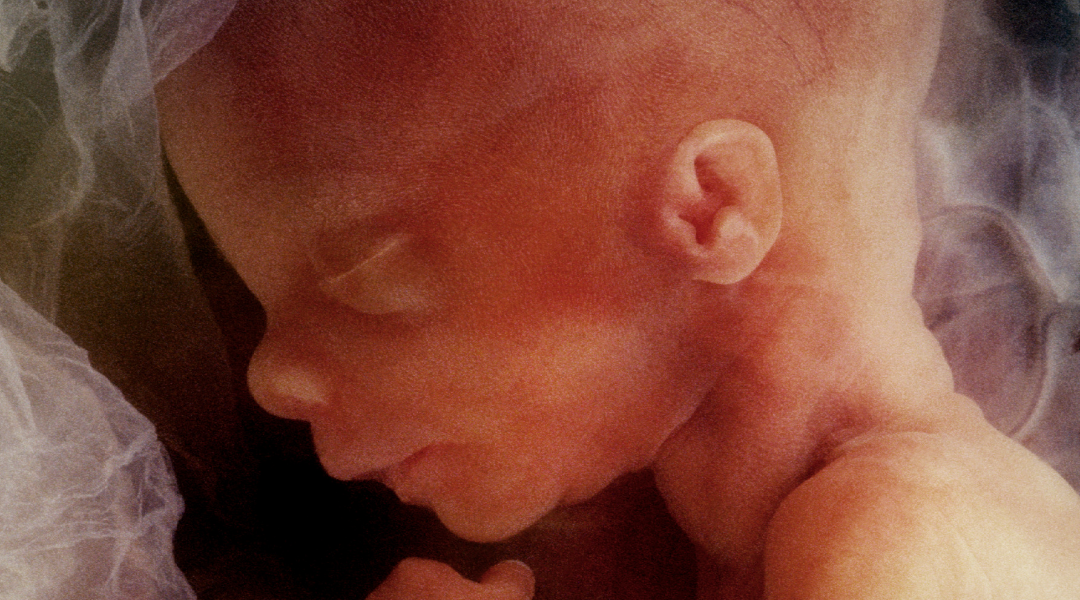 Recently, I was given the opportunity to defend the pro-life position in a formal debate at a prominent medical school. My opponent was a skilled philosopher who has published several critiques of the pro-life position, and I told the audience that my opponent was right—at least about some things. For example, he said that simplistic arguments for abortion either assume what they try to prove (“Abortion is wrong because it kills babies”) or they bring up issues that are irrelevant to the question of whether abortion is right or wrong (“What about adoption?”).

That’s why I wanted to offer a robust case for the pro-life position that withstands philosophical scrutiny. In order to do that, I offered the following five, non-religious philosophical arguments for the claim that abortion is gravely immoral.

The world’s leading pro-choice philosophers agree that unborn children are biological human beings. David Boonin, author of A Defense of Abortion, writes, “Perhaps the most straightforward relation between you and me on the one hand and every human fetus on the other is this: all are living members of the same species, Homo sapiens. A human fetus after all is simply a human being at a very early stage in his or her development” (p. 20).

If you believe that truth, then you are morally obligated to oppose abortion.

Another objection is that we do intentionally kill innocent human beings when we, for example, take a permanently comatose person off life support. But in these cases, we do not intend to kill an innocent person. Instead, we intend to remove disproportionate means of keeping a dying person alive, since they are no longer helping the person.

For example, if we took someone off a ventilator, and he started breathing on his own (which happens occasionally), then we would not proceed to smother him to death, because killing him wasn’t our intention. However, killing is intended in every abortion. Some abortion providers are even sued for “failed abortions” if the child is born alive.

And if we say a person is any human being that can feel pain, then we are being arbitrary, because if feeling pain didn’t make a rat a person, why would it make a human being a person? Instead, the requirement that a person be human and also able to feel pain seems designed to exclude unborn children instead of providing a consistent definition of personhood.

A better definition of a person would be an individual member of a rational kind.

In this view, you, me, infants, and disabled humans would all be persons because our personhood would depend not on our current functional abilities (or what we can do), but on our innate capacity for certain functional abilities (or what we are). This definition also excludes non-human animals such as rats and pigeons because they are not members of a rational kind. Finally, this definition is species-neutral and could include rational aliens if it were discovered that they exist.

This definition accounts for views of personhood pro-life and pro-choice advocates share when it comes to uncontroversial cases such as newborns and rats. The definition also isn’t ad hoc, or it isn’t arbitrarily designed to include unborn children. Instead, the inclusion of unborn children naturally flows from the definition’s emphasis on rational capacity.

The next arguments I’ll share against abortion don’t rely on defending either the humanity or even the personhood of unborn children. For example, we can show that since it is wrong to kill us now, it is always wrong to kill us, and since we used to exist in the womb, it was wrong to kill us in the womb. This kind of argument is based on personal identity and can be laid out as follows:

Notice I’ve qualified premise four with the term “generally speaking,” because sometimes it isn’t wrong to kill me. If I’m trying to kill Fred, then Fred has the right to use lethal force to protect himself from my attack. But if we aren’t in a nitpicky, philosophical mood, we all know what it means when we say it is wrong to kill us.

With that out of the way, let me defend the most controversial premises of the argument. For example, some philosophers deny that you and I are organisms. They might say we are simply minds that exist inside organisms. But that leads to several implausible conclusions.

Second, if I am only a collection of thoughts in a mind, then I don’t think. After all, can a thought think? No more than a book can write. But I do think. In fact, if you’re trying to understand what I’m talking about, then there is a “thinking animal” sitting in front of an online article at this very moment.

Now, here is the question: who is that thinking animal? Once again, you are the thinking animal sitting in front of this online article. So it is not true that I am just a collection of thoughts. I am an organism (specifically, an animal) with the power to think.

Finally, if I am only a collection of thoughts, then where am I when I am asleep? Do I stop existing? If I exist because I will presumably wake up tomorrow, then what if I fall into a coma and we don’t know if I will ever wake up? It would be odd if my current existence depended on some fact about my future existence. But if I am a living organism, then as long as that organism exists, I exist, and this has been true from the moment I was conceived in my mother’s womb.

The “future-like-ours” argument says that what makes killing anything wrong is that it deprives that thing of a valuable future, or a “future-like-ours” (FLO). Rats don’t have a FLO, so it isn’t wrong to kill them. But you and I, infants, and nearly every embryo and fetus does have a FLO, and so if this is what makes killing wrong, then it is wrong to kill nearly every human embryo and fetus because it has a FLO.

Some philosophers have claimed that fetuses do not have a FLO because they are not psychologically connected to their futures. They aren’t aware of anything in the womb (at least early on in pregnancy), and so they don’t carry any personal experiences into the future as do you and I. Nathan Nobis writes, “There is no (even broken) chain of experiences from the fetus to that future person’s experiences. Babies are, at least, aware of the current moment, which leads to the next moment; children and adults think about and plan for their futures, but fetuses cannot do these things, being completely unconscious and without a mind” (Thinking Critically About Abortion, p. 45).

But killing newborns is immoral. And if what makes killing newborns wrong is that it deprives them of a “future like ours” (even if they don’t have a self-conscious personal experience that will continue into the future), then this will also make it wrong to kill nearly all unborn humans, because they have a FLO as well. Granted, it may not explain why it is wrong to directly kill terminally ill unborn children who will die shortly after birth (and not have a FLO), but it would explain why almost all abortions are immoral.

One final argument against abortion I’d like to share with you is similar to the “future-like-ours” argument and is called the “impairment argument.” It goes like this:

Imagine that if Mary conceives a child in the month of July, she will give birth to a child named Bob with a mild mental handicap. Most people would say Mary has not done anything wrong, nor has she harmed Bob, because if Mary had waited to conceive a child in August, she would not have conceived Bob. There would have been different sperm and egg, so Mary would have conceived Bob’s brother, Bill.

We can’t say Mary harmed Bob, since, if she had not had relations in July, it would not be the case that Bob would exist without a mental handicap. Bob would simply not exist at all.

But suppose Mary waits a month and conceives Bob’s healthy brother, Bill, in August. She then takes a drug that causes Bill to have the same mild mental handicap. Did Mary do something wrong in this case?

Most people would say she did and that this is quite different from the Bob case. Mary harmed Bill because she impaired Bill’s healthy development. In the Bob case, Mary could not have made it so that Bob would exist and not have a handicap. But in the Bill case, if Mary had not taken the drug, then a healthy, non-impaired Bill would have existed. Mary did something wrong because she performed an act on an already existing individual that impaired his development.

I have offered five different arguments to show abortion is so wrong that it ought to be illegal:

These arguments show that the pro-life position can be defended with a variety of powerful philosophical arguments. It behooves pro-lifers to learn these arguments so they can engage even the most sophisticated defenses of abortion. Persuasive Pro-Life: How to Talk About Our Culture’s Toughest Issue

Are you scared to talk about abortion?

Don’t worry—almost everyone is. Either we think the subject is too impolite, or we don’t want to be branded an intolerant fanatic, or we’re afraid we won’t represent the pro-life side well enough. Whatever the reason for this fear, it causes many of us pass up opportunities to speak out on behalf of the unborn.

You can overcome this fear, says Trent Horn in his groundbreaking book Persuasive Pro-Life. With a little knowledge and a few proven techniques, you can become a bold and effective apologist for life.

Drawing on over a decade as a pro-life organizer, Horn helps you cut through the diversions and obfuscations of the “pro-choice” side in order to accurately frame the legal, historical, and medical issue surrounding abortion. Then he demonstrates—with vivid personal examples from his years of campus activism—the importance of being charitable in all abortion debates, no matter how strident the other side might be. We must be not just warriors for the pro-life cause, he says, but ambassadors for it.

Then Horn leads you a guided tour of the many types of pro-abortion opponent or inquirer (“the pragmatist,” “the skeptic,” “the conflicted”) along with more real-life examples. In each case he teaches you specific approaches—what to say, what not to say, and how to bear yourself—that are custom-tailored to every situation.

The struggle over abortion has never been hotter, and the stakes could not be higher.

Read Persuasive Pro-Life today and never again be afraid to speak up for the precious and fundamental right to life.