A Holy Land Pilgrimage with Tim Staples from Catholic Answers

“Join me live on location in the Holy Land of Israel as we traverse the homeland of Our Lord and Saviour and explore the backroads of our faith as never before. I am personally so excited to take you through the living pages of scripture on what promises to be a true pilgrimage of the heart.” – Tim Staples

Tim Staples works at Catholic Answers, but he was not always Catholic. Tim was raised a Southern Baptist. Although he fell away from the faith of his childhood, Tim came back to faith in Christ during his late teen years through the witness of Christian televangelists. Soon after, Tim joined the Marine Corps.

During his four-year tour, he became involved in ministry with various Assemblies of God communities. Immediately after his tour of duty, Tim enrolled in Jimmy Swaggart Bible College and became a youth minister in an Assembly of God community. During his final year in the Marines, however, Tim met a Marine who really knew his faith and challenged Tim to study Catholicism from Catholic and historical sources. That encounter sparked a two-year search for the truth. Tim was determined to prove Catholicism wrong, but he ended up studying his way to the last place he thought he would ever end up: the Catholic Church!

He converted to Catholicism in 1988 and spent the following six years in formation for the priesthood, earning a degree in philosophy from St. Charles Borromeo Seminary in Overbrook, Pennsylvania. He then studied theology on a graduate level at Mount St. Mary’s Seminary in Emmitsburg, Maryland, for two years. Realizing that his calling was not to the priesthood, Tim left the seminary in 1994 and has been working in Catholic apologetics and evangelization ever since. 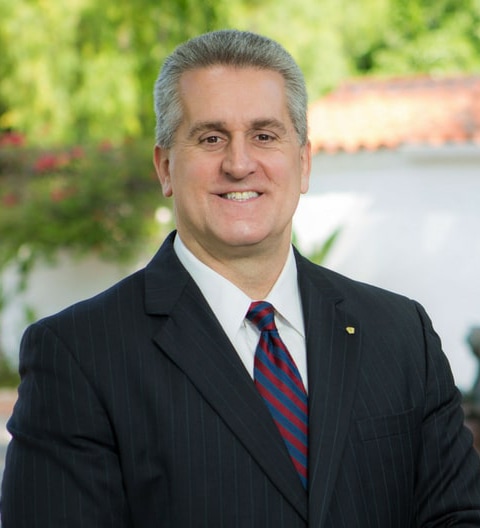