What Does the Bible REALLY Say About Statues? 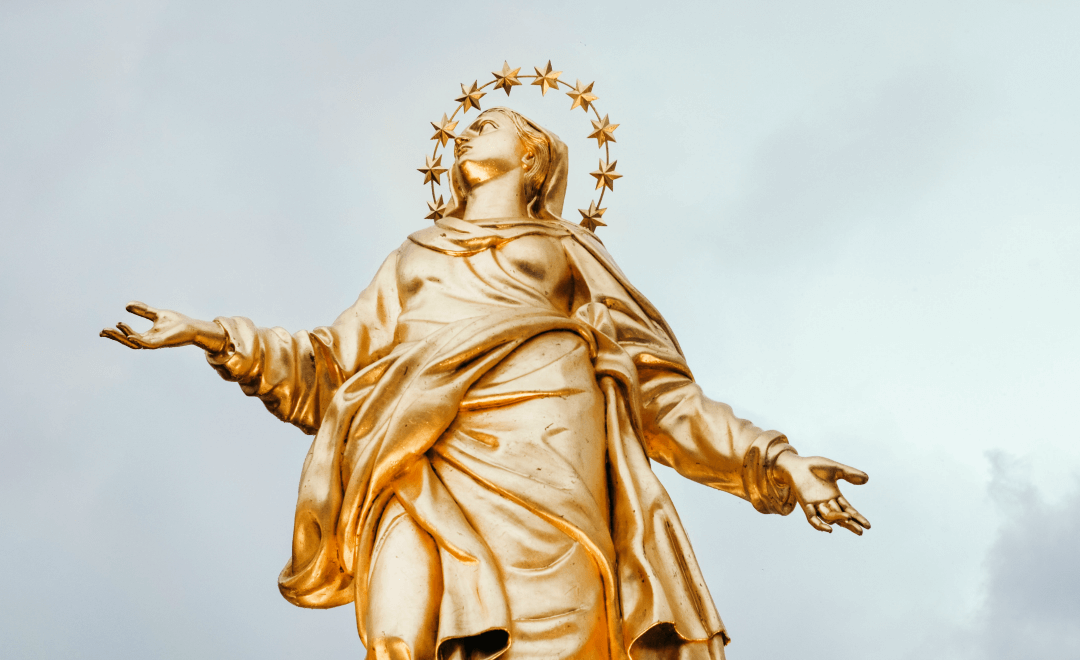 The following post is based on a 2015 video with American speaker and apologist Tim Staples called “Are statues in Catholic churches ‘graven images’?”

Tim Staples is the Director of Apologetics and Evangelization at Catholic Answers. Read more about Tim and his conversion story in our previous blog post, Tim Staples & Biblical Apologetics: Call No Man Father?

Click to watch the full clip from Catholic Answers, or read below to learn more about Exodus 20:4-5 and what the Bible actually says about statues!

What Does the Bible Say About Statues?

Does God forbid them? And if so, why do Catholics have so many of them?

The key here is to understand that even from the Old Testament, that understanding – an Amish understanding, as it were – is really not biblical.

Consider Exodus 20:4-5 where you have, in the Ten Commandments:

But if you go just five chapters later, in Exodus 25:18, what do you have?

The Ark of the Covenant

God commands Moses to make the Ark of the Covenant, and on top of the Mercy Seat you have two, enormous, over five feet tall, Golden Angels there – they’re Cherubim. And how it’s written there, in the KJV it says,

“Thou shalt make two Golden Cherubim out of beaten gold.”

So wait a moment. God said no statues, and then He commands Moses to make statues. 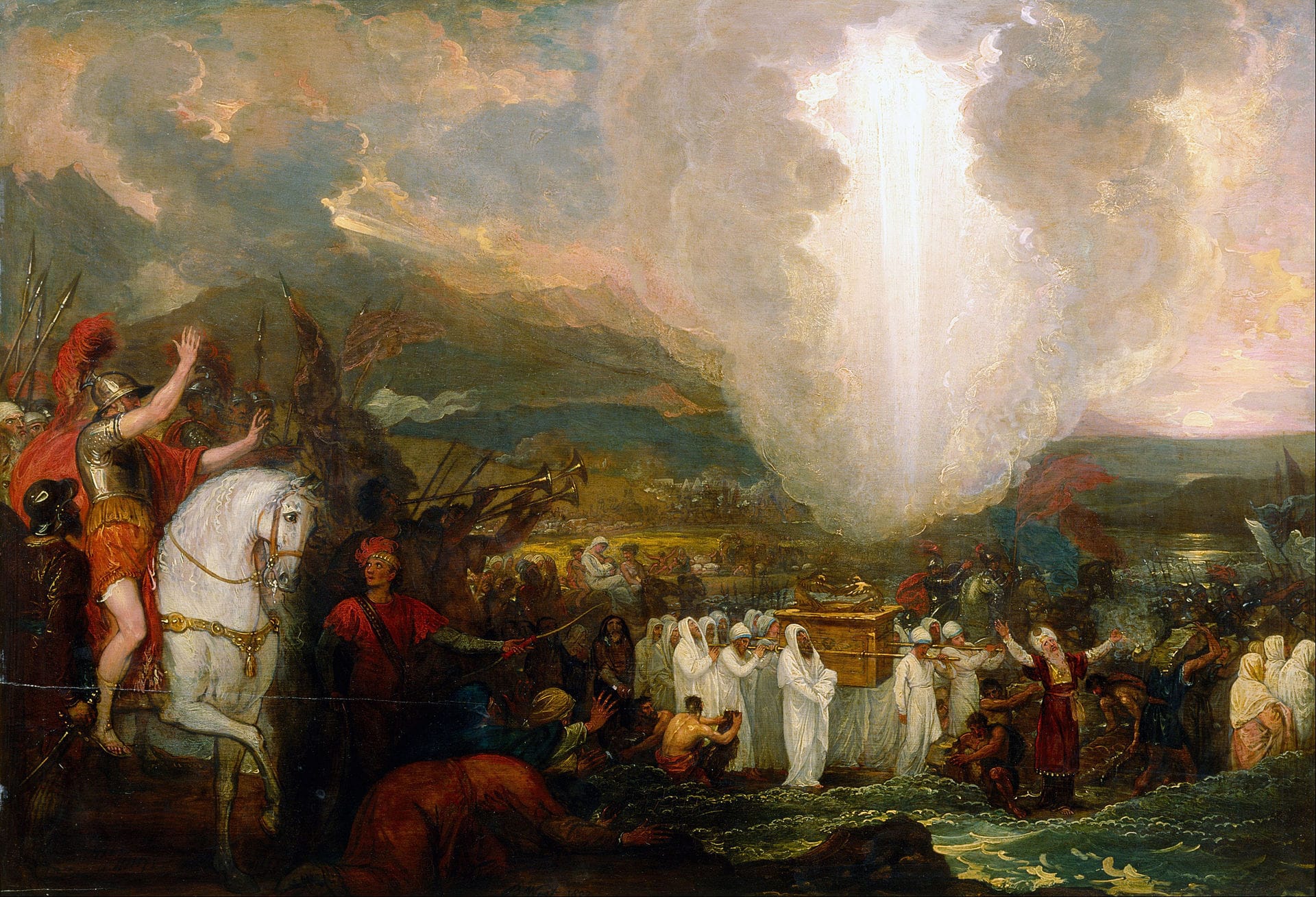 Joshua passing the River Jordan with the Ark of the Covenant by Benjamin West, 1800

And think of this as well. The Ark of the Covenant, where you have these enormous Gold statues, became a source of God’s grace and God’s power for his people.

And then you go to Numbers 21:8-9, and you see when Moses and the children of Israel were in the wilderness, and they began to rebel against God, God sends a plague of snakes among them. Moses intercedes for them, and then God commands Moses once again.

He says to make a brazen serpent, and put it up on a pole, and when the children of Israel looked to it they were healed. Now you and I know that this verse foreshadows John 3:11-12, in the New Testament, as a type or an image representing the coming Christ.

But nevertheless, the point is that God uses stuff, he uses the physical world to be instruments whereby he brings his blessing to his people, and so even in the Old Testament you have that. 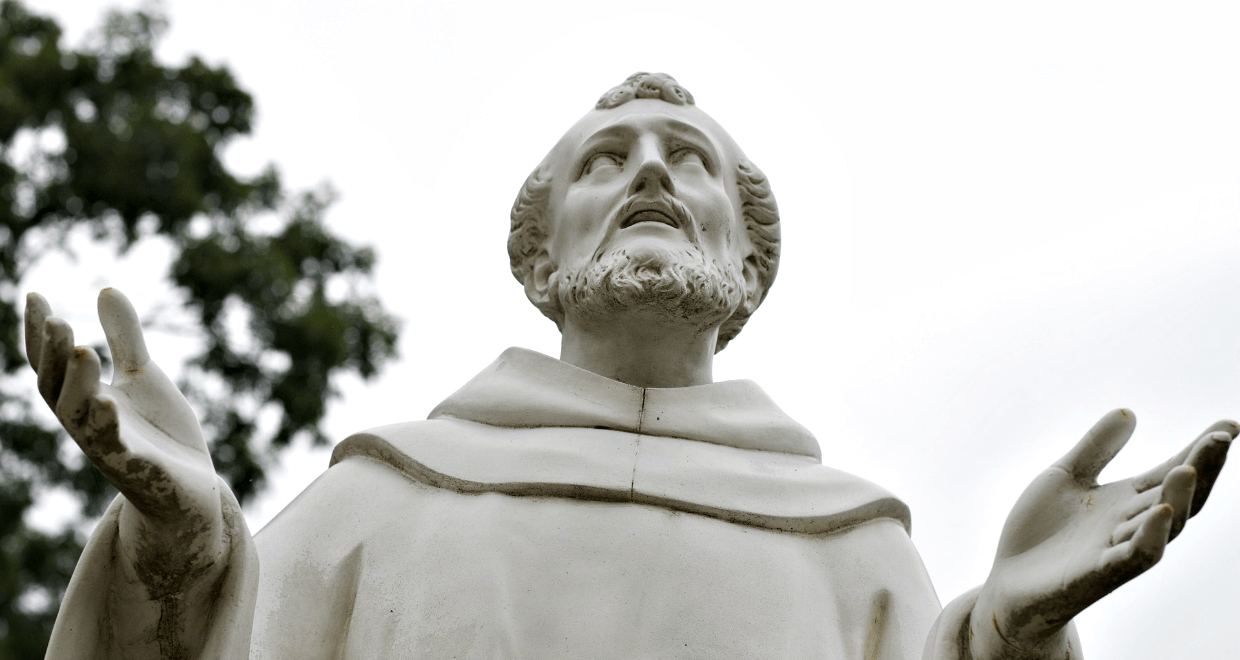 What About the New Testament?

Now even though you don’t have any images of God in the Old Testament, because Deuteronomy 4:16 has a a stricture against having images of God, this brings up another interesting point – because God tells the Israelites why he’s forbidding images of Himself.

“I did not command you concerning the making of images when I brought you out of Egypt, because I took no form among you.”

So God tells them why: He doesn’t want them making forms because He didn’t take a form.

Well, guess what! In the New Testament, He does.

“The word was made flesh and dwelt among us,”

and we believe that in the Incarnation, now, God has become flesh. And so while we only have that limited use of images in the Old Testament, we have a much fuller sense of images in the New Testament, because, principally, in Colossians 1:14-15 it says that Christ is the image of God, the firstborn of all creation.

The the Greek word there for “image” corresponds to “icon.” Christ is the ultimate icon because of the Incarnation.

We believe that in the Incarnation, God became physical.

And so he relates to us physically, not that he didn’t in the Old Testament: He did, through the Ark, and through the Brazen Serpent, etc., but now it’s a much more intimate relation.

So let’s pull this together. When God commanded us “Do not make graven images,” he wasn’t saying not to make images of any kind, because he later commanded people to make images. Rather he was forbidding the creation of images for worship.

We hope this helped answer the quest, what does the Bible say about statues?

For a fuller explanation of the Bible’s position on statues, take a listen to this mp3 talk on Catholic statues.

For more from Tim Staples on defending Catholicism, check out his new book, Nuts and Bolts.

We’re excited to have Tim Staples join Parousia Media in Australia this coming October for several talks and events! More information on dates and sign ups will be announced soon.

Thanks for the research, guess it’s clear