The Narrow Gate: How Islam Led Me Back to Christ by Charbel Raish 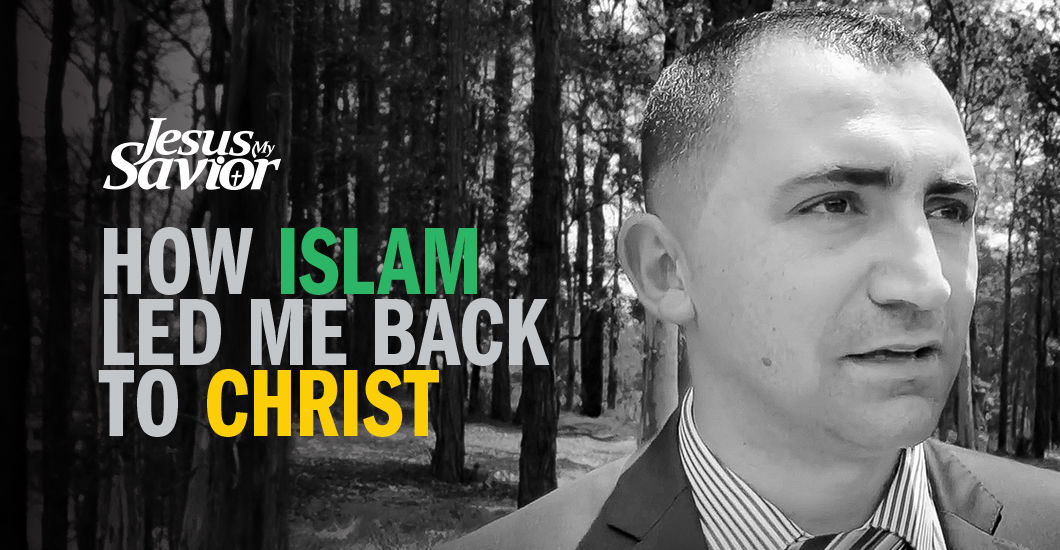 I was born and raised in a Maronite Catholic family. Both my parents have Lebanese ancestry so I learned to pray the “Our Father” and “Hail Mary” in Arabic as well as Spanish and English. I attended a Catholic primary school but was one of only two Maronite Catholics there. Life was very different then because we went to Mass regularly and prayed the Rosary together as a family. However, by the time I was midway through primary school we had lost the habit of praying together and were only going to the Church at Christmas and Easter.

The Odd One Out

Once I finished primary school I began my secondary education at a public school, where I was the odd one out. Belmore Boys’ High School was known as the epicentre for juvenile crime and ethnic gangs. It was the worst public school in New South Wales. Among other violent incidents, I remember the burning of the principal’s office and a teacher having their hair lit on fire. I had an innocent upbringing but now many in my circle of friends were trouble makers. However, that did not hinder us from getting along well; I respected them and they gave me the same respect.

The school had a high percentage of Muslim students so all my friends were Islamic. With my Middle Eastern appearance, I fit in very well and many thought I was a Muslim. Some used to point at the crucifix I wore around my neck and ask questions about my faith. I would say, “That’s a reminder of how Jesus died on the Cross.” The spontaneous response was, “Hey! Jesus didn’t die on the Cross. There is no evidence for that!” This caused me a lot of confusion. I was struggling to find my identity. Being the only Christian in the public school, and having no other Middle Eastern-looking Christian friends, I struggled to uphold my faith.

In 1999, I entered my final year of high school. During that Lent, Sheik Hammed, from Jordan, visited our school. We were invited to a presentation at the Lakemba Mosque during school time. Who would not want to skip class? I went along to hear his talk. The Sheik looked impressive with his white gown and beard. I saw him pointing to my friends and telling them what crime each one had committed. I was really amazed to see my criminal friends sitting down and listening to him.

Over lunch following his talk I was introduced to the Sheik as the only Christian at the school. I was eating salad, no meat, because my mother had trained me to fast during Lent. My high school nickname was Charlie. I still remember the Sheik addressing me as such: “Charlie, why aren’t you eating the meat? That’s not fasting. In Islam we fast from sunrise to sunset.

So, which is better: the Christian or the Muslim fast?”

Then I was asked, “How do you pray?” I recited the “Our Father.” The Sheik then asked, “Why are you calling God ‘Father’? You already have an earthly father. Why are you giving God human attributes? Aren’t you insulting and degrading God?” I was puzzled. Till then, I had never thought of it that way.

“So God is speaking to God?” I said that Jesus is the Son of God.

“Make up your mind! Is He God or Son of God? Then who is the Holy Spirit? You believe in three Gods right—Father, Son and the Spirit?”

I felt harassed by the rapid succession of questions. It is difficult to explain the mystery of the Holy Trinity. I was only 18 and did not realise what a lukewarm Christian I was! I had thought of myself as a very enthusiastic Christian but here I was, struggling with the basics of my own faith!

He derisively proclaimed, “You Christians are so confused!” 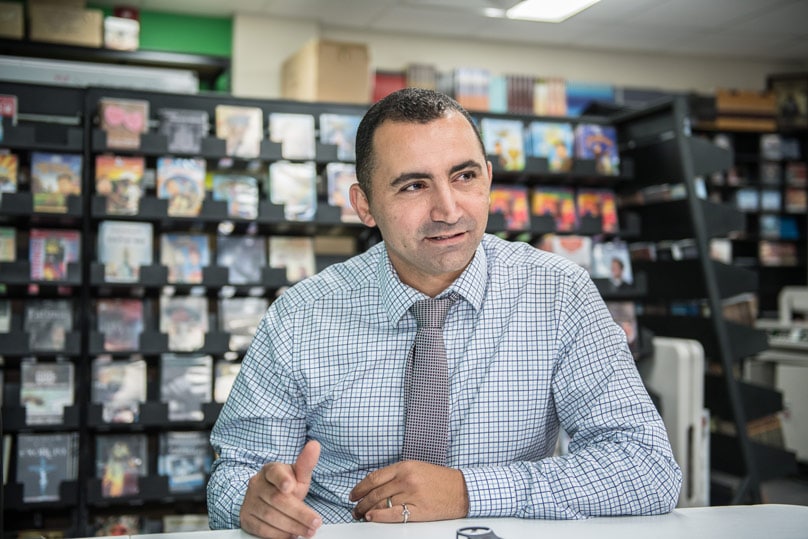 The Sheik now calmly enquired, “Who does Jesus resemble in appearance? We Muslims wear robes and beards. Jesus had the same. How about Mary, His mother? Muslim women wear the same robe as her, don’t they?”

My mind was already muddled and he could see that I had no answers. He asked me to close my eyes and say in Arabic “There’s only one God and his prophet is Mohammed.” It was the Shahada prayer. Once a person recited the Shahada prayer three times in front of witnesses, he is said to be converted to Islam. Without realising that it was an initiation into Islam, I recited it three times in Arabic and opened my eyes.

The Sheik now looked at me intently and said, “I can see a light coming from you now. Welcome brother.” I was bewildered, thinking, “What do you mean?” He gave me a towel and a robe and asked me to wash away the old life and put on the new life of a Muslim. I really did not intend to do any of this and felt overwhelmed. I thought “Maybe this is the true religion.”

At the same time, I felt a deep urge to pray. As I walked toward the shower, I recited in my mind one “Our Father” and 10 “Hail Marys.” Those were the only prayers I knew. On the tenth “Hail Mary” I heard a distinct soft voice saying, “Not yet.” I immediately took off the robe. I believe it was Mother Mary’s voice.

When I walked out without the robe, the Sheik looked astounded. I simply said, “I don’t know my faith and I want to discern the right way for me to go. Please pray for me to make the right decision about whether to be a Muslim or not.” The Sheik bade me well. Upon reaching home I told my mother all about it. She slapped my face and insisted I go straight to the Church and ask Jesus if He wanted me to be a Christian or a Muslim. “You can embrace whatever He says.” I felt that was good advice.

As I walked to the local church in the twilight, it felt like I was carrying a heavy weight upon my shoulders. The question of whether to be a Muslim or a Christian was tormenting me. As I entered Saint Michael’s Church in Belfield, I saw the red light next to the tabernacle. I knew that signified the presence of Jesus. The teachers at my Catholic primary school had taught me so.

I also heard a voice within myself speak, “Charbel, are you going to give up after all that I have done for you?” He called me Charbel, my real name, and it touched the deepest chords of my heart. I remembered the miracles Jesus performed on Earth, which still continue to this day. The miraculous cure of my grandpa’s blindness, my mother’s epilepsy and so many other stories crowded my mind. There was my answer. I knew that the voice was of Jesus and He was talking about my Catholic faith.

I was asked a direct question and I needed to answer Him. I said “No, Lord. I am not going to give up.” At that moment I felt the huge weight lift from my shoulders. I recovered my identity as part of the body of Christ—the universal Catholic Church. I am a child of God. I fervently asked Jesus to help me pray. From then on, I was on fire. 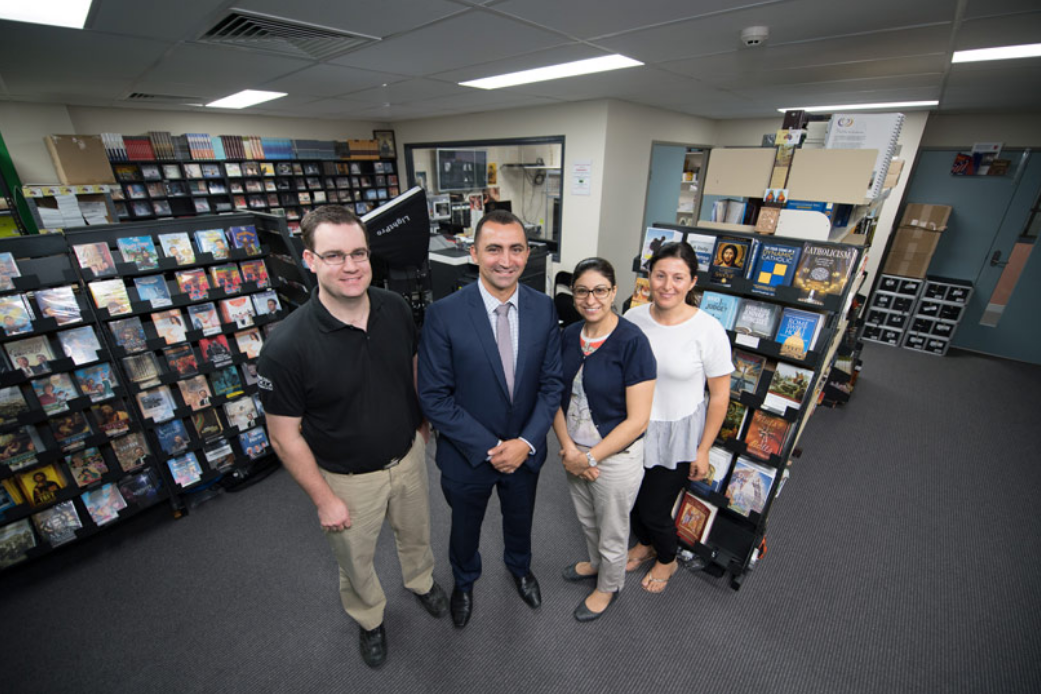 Charbel with members of the Parousia team. PHOTO: Giovanni Portelli, the Catholic Weekly

I was enjoying prayer much more than I ever had. Some would even ask if I was praying too much; I would reply, “It is my food!” My Muslim friends from school were wonderstruck at how Christ had transformed me and the depth of my conviction. They joked, “Now you have to thank us for becoming a religious Catholic.” Then I would invite them to discover the truth. There was a general suggestion that I should become a priest so I entered the seminary. It was a beautiful time of prayer and study. I simply loved it, especially praying the Psalms in the Divine Office. Despite almost failing HSC, I acquired a master’s in theology, by the grace of God. Those years spent in solitude and prayer helped me appreciate the Church in a deeper way but, ultimately, I discerned that marriage was my vocation. After leaving the seminary, I felt inspired to get in touch with a girl I knew. On July 1, 2005, Christine and I got engaged and the same year I founded Parousia Media.

You may be wondering how Parousia Media came into existence. I wanted to learn more about faith and was fascinated by the talks of Scott Hahn. I contacted Saint Joseph’s Communication for his CDs. I was appalled by the huge shipping costs but unfortunately they had no Australian distributor. They told me all I needed to become a distributor was a website and a business name and then I could get a master copy and use it to make copies for sale.

I really wanted to do this, not just boost my own faith but to share these inspiring, faith-filled talks with others in Australia who were at a crossroads or perplexed with questions on faith-related matters. God makes the impossible into possible. It all happened in an instant. I met my friend Anthony, who was quadriplegic. He was very good at coding with his mouth piece so he helped create a website. The next question was what to call it. I wanted it to be connected to the second coming of Christ. Searching through Latin, Hebrew and Greek I got “Parousia,” an ancient Greek word meaning “Presence or coming.” The Greeks understand the word to particularly refer to Christ’s second coming. Thus, Parousia Media came into being. We grew rapidly in a short time. To date, we have reached more than 200,000 people and more than a quarter of a million resources have been distributed.

In 2006, Christine and I were married and, thanks be to God, we have been blessed with seven children. My only desire is to spread the good news of the gospel. This is God’s work and I know for sure that God is doing this one hundred percent. I request your prayers for our ministry. I also challenge you to carry the light of Christ into the world. That is what the Church desperately needs to fulfil its mission to all the nations and people of the world! 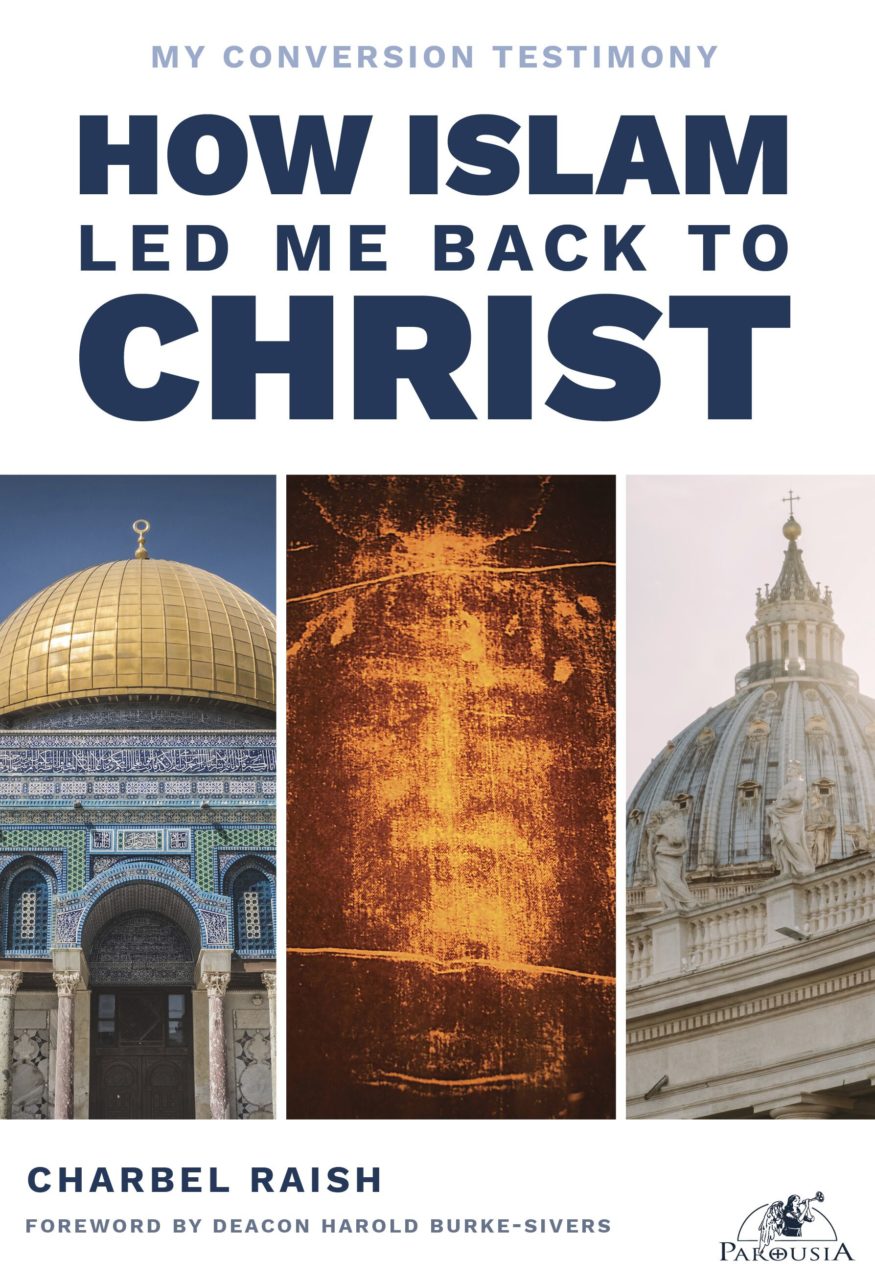 For the full story, you can get Charbel’s book which is available on the Parousia online store. 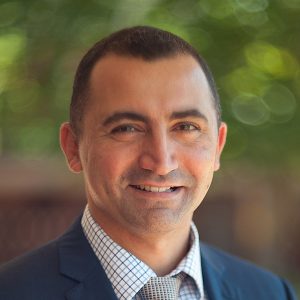