The Narrow Gate: Getting Back on Mission – Part Two

Pictured above: Ordination of St John of Matha
As an expression of our support for Plenary 2020, Parousia will publish occasional articles relating to it. In this follow up to The Narrow Gate: Getting Back On Mission Eamonn Keane discusses Catholic teaching on the ordination of women. This abridged article was first published by The Catholic Weekly online titled The Plenary, Catholic doctrine and ‘Catholics for Renewal’. Used with permission.

Whenever the question of ordaining women to the priesthood was raised in the first millennium of the Church’s history, it was rejected not simply as contrary to established discipline, but as heresy.

Speaking of attempts to confer the ministerial priesthood on women, Fr. Louis Ligier, S.J. said: “It is united with the corrupted eschatology and pneumatology of Montanism. It is met with, furthermore, in the corrupted Marian cult of the Coliridians.” He added: “Such a heretical milieu was in itself and still remains for us today, a sign of a considerable alienation from the genuine Christian tradition.”[1]

Whenever the question of ordaining women to the priesthood was raised in the first millennium of the Church’s history, it was rejected not simply as contrary to established discipline, but as heresy.

In his 1994 Apostolic Letter Ordinatio Sacerdotalis, Pope St John Paul II stated that the practice of not conferring priestly ordination on women was founded on the example of Christ as recorded in the Gospels and on the universal Tradition of the Church. In consequence of this, he declared that “the Church has no authority whatsoever to confer priestly ordination on women and that this judgement is to be definitively held by all the Church’s faithful” (n. 4).

“the Church has no authority whatsoever to confer priestly ordination on women and that this judgement is to be definitively held by all the Church’s faithful” – Pope St John Paul II, Ordinatio Sacerdotalis

In October 1995, the Congregation for the Doctrine of the Faith (CDF) issued, with the approval of St. John Paul II, a theological note regarding the teaching of Ordinatio Sacerdotalis which said: “This teaching requires definitive assent, since, founded on the written word of God and from the beginning constantly preserved and applied in the Tradition of the Church, it has been set forth infallibly by the ordinary and universal  Magisterium.”

In 1998, Pope John Paul II issued Ad tuendam fidem (To Defend the Faith) promulgating changes to Canon Law, which he said were necessary to protect the faith of the Catholic Church against errors emanating from dissident theologians.

On 20 November 1999, in an address to German bishops, John Paul II referred to the Church’s teaching on the reservation of the ordained priesthood to men by saying: “[T]he doctrine that the priesthood is reserved to men, possesses by virtue of the Church’s ordinary and universal magisterium, the character of infallibility which Lumen gentium  speaks of and to which I gave juridical form in the Motu Proprio Ad tuendam fidem.”

Pope Benedict XVI reaffirmed the teaching on the reservation of priestly ordination to men when he said that Pope John Paul II had “declared in an irrevocable manner” that the Church “has received no authority from the Lord” to ordain women.[2]

Similarly did Pope Francis reaffirm the doctrine in his Apostolic exhortation Evangelii Gaudium when he said: “The reservation of the priesthood to males, as a sign of Christ the Spouse who gives himself in the Eucharist, is not a question open to discussion…” (n.104).

The Catholic Church’s teaching on the reservation of priestly ordination to men does not depend on evolving historical consciousness and social circumstances, as is sometimes asserted.

Those in the Church who continue to assert that the teaching is not definitive spark fractious arguments amongst the body of the faithful over something impossible to realise in the concrete, i.e. the priestly ordination of women.

“The reservation of the priesthood to males, as a sign of Christ the Spouse who gives himself in the Eucharist, is not a question open to discussion…” – Pope Francis, Evangelii Gaudium

One of the groups agitating for change is Catholics For Renewal. In their recently published ‘Getting Back On Mission: Reforming Our Church Together’ (GBOM), it is argued: “The ordination of women is one of several ways the Church could ameliorate structural inequality” (p. 131). It adds that “the Church could redress the failure to include women in governance mechanisms” by “the ordination of women to the priesthood” (p. 132). Then, in castigating the Church for its teaching on the reservation of priestly ordination to men alone, it says:

The Church’s own tradition does not support the teaching that women are incapable of being validly ordained. The exclusion of women from the priesthood has no foundation in scripture; this is a man-made construct where patriarchy is assumed to be the unassailable ‘norm’, a view so blinkered it fails to give credence to any other perspective as the defining characteristic of a dominant hegemony. The Church must scrutinise the signs of the times and see the recognition of women’s rights throughout the entire secular world as a sign to the Church that it must revise this ban on women’s ordination (p. 132).

GBOM goes on to recommend “that the Holy See commit to gender balance in the leadership of the Church at all levels,” and that it “take note of the sensus fidei fidelium in Australia with regard to the ordination of women to the priesthood and to the diaconate; and that it review the Church’s position regarding women and the sacrament of Holy orders, commencing with the Order of Diaconate” (p. 142).

GBOM claims that there is no consistent tradition in the Church prohibiting the ordination of women to the priesthood. After stating that “since the church hierarchy is entrusted with the sacramental economy, it may be that the hierarchy is able to entrust the ministries of Eucharist and Reconciliation to women in light of circumstances, without going against Christ’s original intentions,” it goes on to add: “In fact, this is what happened during the Communist era in Czechoslovakia (1948-1989), when four women were validly and lawfully ordained to the priesthood” (p. 175). 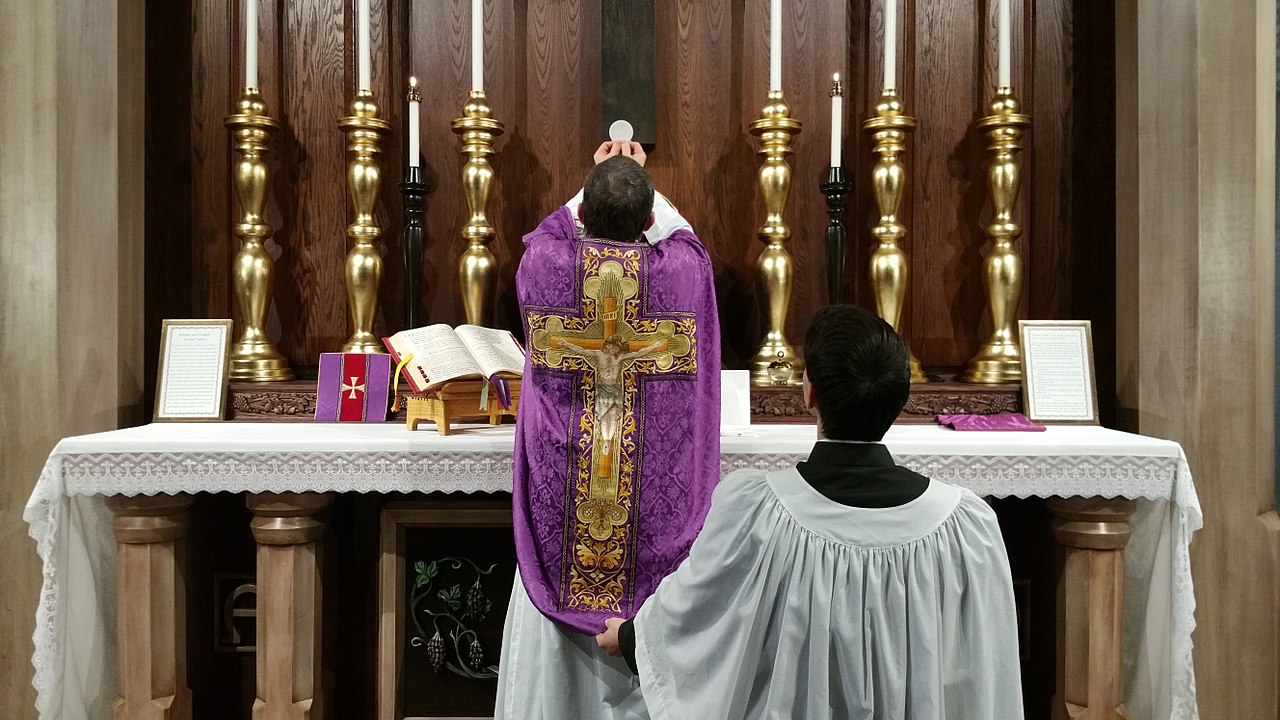 Offering the Holy Sacrifice of the Mass CC BY 4.0
Since the Catholic Church teaches definitively that only men can be ordained to the priesthood, then to assert that it is wrong on this point is to call into question not only what it teaches about the essential elements for the valid celebration of the sacrament of Holy Orders, but also what it teaches as one of the essential elements for a valid celebration of the Eucharistic Sacrifice itself. If the Catholic Church could be wrong on this question, then why should its teaching in any area be trusted?

An authentic exercise of the sensus fidelium can never entail taking an oppositional stance to definitive Church teaching such as that which holds that homosexual acts are always intrinsically evil and never to be chosen. The same principle applies to contraceptive acts, whereby a married couple intentionally seek to render the marital act infertile.  Neither can the sensus fidelium find expression in opposition to the Church’s teaching on the reservation of the ordained priesthood to men alone. To assert anything to the contrary is to place oneself in opposition to the binding doctrine of the Catholic Church.

Eamonn Keane is married with five children and 13 grandchildren. He has taught Social Science and Religion in Catholic Schools in Ireland, New Zealand and Australia for 45 years. For the last 23 years he has taught at Redfield College Dural. He is the author of several books and numerous published articles.