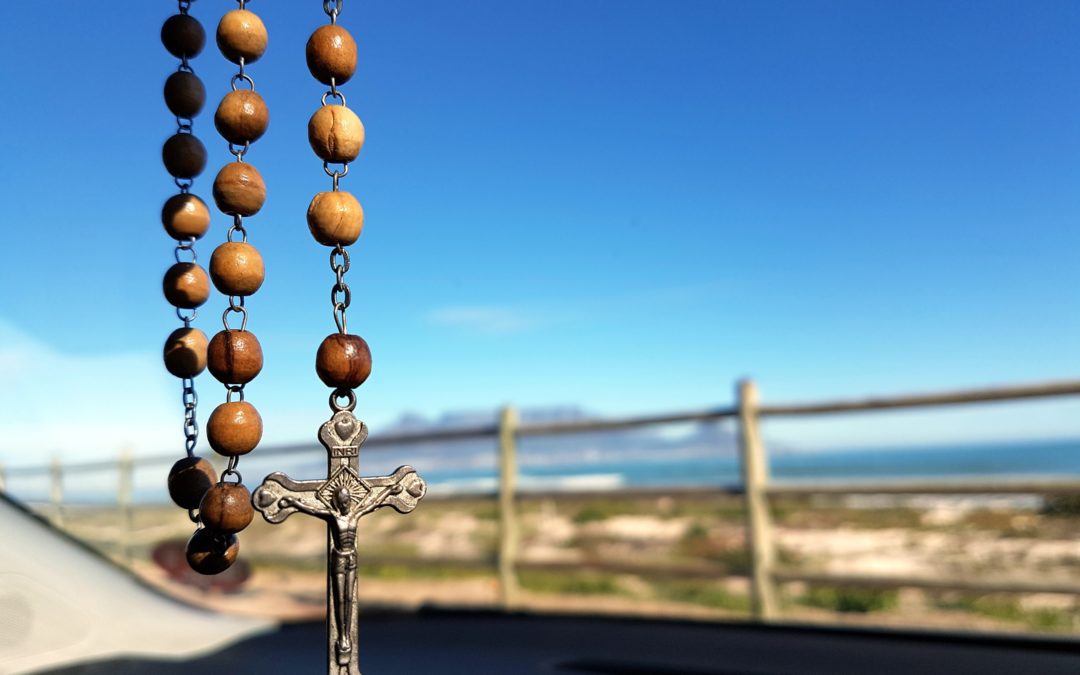 This article first appeared at catholic.com

As a young Protestant, this was one of my favorites to ask Catholics. “Why do Catholics pray ‘repetitious prayer’ like the Rosary when Jesus says not to pray ‘vain repetitions’ in Matthew 6:7?”

I think we should begin here by quoting the actual text of Matt. 6:7:

And in praying do not heap up empty phrases (“vain repetitions” in KJV) as the Gentiles do; for they think that they will be heard for their many words.

Notice the context? Jesus said “do not heap up ‘empty phrases’ (Gr. – battalagesete,  which means to stammer, babble, prate, or to repeat the same things over and over mindlessly) as the Gentiles do…” We have to remember that the main idea of prayer and sacrifice among the pagans was to appease the gods so that you could go on with your own life. You had to be careful to “take care of” all of the gods by mentioning them, and saying all the right words, lest you bring a curse upon yourself.

And remember as well, the gods themselves were immoral at times! They were selfish, cruel, vengeful etc. The pagans would say their incantations, offer their sacrifice, but there was no real connection between the moral life and the prayer. Jesus is saying that this will not cut it in the New Covenant Kingdom of God! One must pray from a heart of repentance and submission to God’s will. But does Jesus mean to exclude the possibility of devotions like the Rosary or the Divine Mercy Chaplet which repeat prayers? No, he does not. This becomes evident when, in the very next verses of Matthew 6, Jesus says:
Do not be like them, for your Father knows what you need before you ask him. Pray then like this: Our Father who art in heaven, Hallowed be thy name. Thy kingdom come. Thy will be done, on earth as it is in heaven. Give us this day our daily bread; And forgive us our debts, As we also have forgiven our debtors; And lead us not into temptation, but deliver us from evil. For if you forgive men their trespasses, your heavenly Father also will forgive you; but if you do not forgive men their trespasses, neither will your Father forgive your trespasses.

Jesus gave us a prayer to recite! But notice the emphasis on living the words of the prayer! This is a prayer to be recited, but they are neither “empty phrases” nor “vain repetitions.” 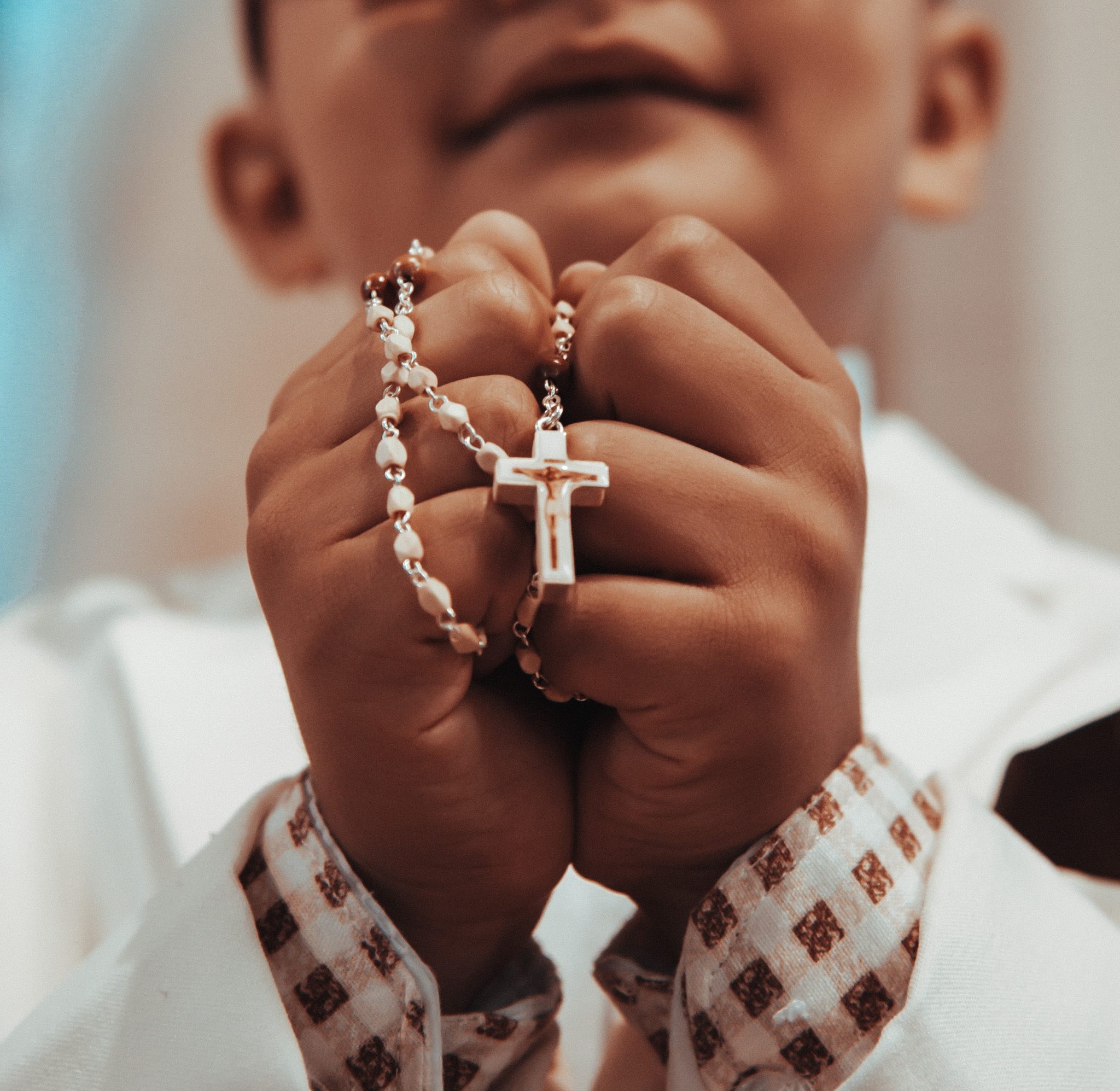 Consider the prayers of the angels in Revelation 4:8:
And the four living creatures, each of them with six wings, are full of eyes all round and within, and day and night they never cease to sing, “Holy, holy, holy, is the Lord God Almighty, who was and is and is to come!”

These “four living creatures” refer back to four angels, or “Seraphim,” that Isaiah saw as revealed in Is. 6:1-3 about 800 years earlier, and guess what they were praying?
In the year that King Uzzi’ah died I saw the Lord sitting upon a throne, high and lifted up; and his train filled the temple. Above him stood the seraphim; each had six wings: with two he covered his face, and with two he covered his feet, and with two he flew. And one called to another and said: “Holy, holy, holy is the LORD of hosts; the whole earth is full of his glory.”

Someone needs to inform these angels about “vain repetition!” According to many of our Protestant friends, especially Fundamentalists, they need to knock it off and pray something different! They’d been praying like that for ca. 800 years!

I say that tongue and cheek, of course, because though we don’t understand fully “time” as it applies to angels, let’s just say they have been praying this way for a lot longer than just 800 years. How about longer than mankind has even existed! That’s a long time! There is obviously something more to Jesus’ words than just to say we should not pray the same words more than once or twice.

I challenge those skeptical of prayers like the Rosary to take a serious look at Psalm 136 and consider the fact that Jews and Christians have prayed these Psalms for thousands of years. Psalm 136 repeats the words “for his steadfast love endures for ever” 26 times in 26 verses!

Perhaps most importantly, we have Jesus in the Garden of Gethsemane, in Mark 14:32-39 (emphasis added):
And they went to a place which was called Gethsemane; and he said to his disciples, “Sit here, while I pray.” And the took with him Peter and James and John, and began to be greatly distressed and troubled. And he said to them, “My soul is very sorrowful, even to death; remain here, and watch.” And going a little farther, he fell on the ground and prayed that, if it were possible, the hour might pass from him. And he said, “Abba, Father, all things are possible to you; remove this chalice from me; yet not what I will, but what you will.” And he came and found them sleeping, and he said to Peter, ”Simon, are you asleep? Could you not watch one hour? Watch and pray that you may not enter into temptation; the spirit indeed is willing, but the flesh is weak.” And again he went away and prayed, saying the same words. And again, he came and found them sleeping… And he came a third time, and said to them, “Are you still sleeping…?”

Our Lord was here praying for hours and saying “the same words.” Is this “vain repetition?”

And not only do we have our Lord praying repetitious prayer, but he also commends it. In Luke 18:1-14, we read:
And he told them a parable, to the effect that they ought always to pray and not lose heart. He said, “In a certain city there was a judge who neither feared God nor regarded man; and there was a widow in that city who kept coming to him and saying, “Vindicate me against my adversary.” For a while he refused; but afterward he said to himself, “Though I neither fear God nor regard man, yet because this widow bothers me, I will vindicate her, or she will wear me out by her continual coming.” And the Lord said, “Hear what the unrighteous judge says. And will not God vindicate his elect, who cry to him day and night? Will he delay long over them? I tell you, he will vindicate them speedily. Nevertheless, when the Son of man comes, will he find faith on earth?” He also told this parable to some who trusted in themselves that they were righteous and despised others: “Two men went up into the temple to pray, one a Pharisee and the other a tax collector. The Pharisee stood and prayed thus with himself, “God, I thank thee that I am not like other men, extortioners, unjust, adulterers, or even like this tax collector. I fast twice a week, I give tithes of all that I get.” But the tax collector, standing far off, would not even lift up his eyes to heaven, but beat his breast, saying, “God, be merciful to me a sinner!” I tell you, this man went down to his house justified rather than the other; for every one who exalts himself will be humbled, but he who humbles himself will be exalted.”

Would any wife tell her husband, “Hey knock it off! You’ve already told me you loved me three times today! I don’t want to hear it any more!” I think not! The key here is that the words are from the heart, not the number of times they are said. I think that is Jesus’ emphasis. There are some words, like “I love you,” or like the “Our Father,” or the “Hail, Mary,” that you really can’t improve upon. The key is that we truly enter into the words so that they are coming from our hearts.

For those who do not know, the Rosary is not about “mindless repetition” so that God will hear us. We repeat the prayers of the Rosary to be sure, but we do so in order that we may keep our focus while we meditate upon the most important mysteries of the Faith. I find it to be a wonderful way for me to be able to focus on the Lord.

I find it ironic that as a former Protestant who prayed much, and many words, before I was Catholic, that it was far easier to drift into “vain repetition” when all I prayed was spontaneous prayers. My prayers often devolved into petition after petition, and yes, I tended to pray the same way, and the same words, over and over, over the years.

I have found praying liturgical prayer and devotional prayers to have tremendous spiritual benefit. First, these prayers are either from Scripture, or from the greatest minds and souls who have ever walked the earth who have gone before us. They are theologically correct as well as spiritually rich. They free me from having to think about what I am going to say next and they allow me to really enter into my prayer, and into God. These prayers challenge me at times because of their spiritual depth while they keep me from reducing God to a cosmic bubble gum machine. “Give me, give me, give…”

In the end, I have found, the prayers, devotions, and meditations of the Catholic tradition actually save me from the “vain repetition” that Jesus warns about in the Gospel.

This does not mean that there is not a danger of mindlessly repeating the Rosary or other such devotions. There is. We must always stay on guard against that very real possibility. But if we do fall prey to “vain repetition” in prayer, it will not be because we are “saying the same words” over and over in prayer as our Lord did in Mark 14:39. It will be because we are not praying from the heart and truly entering into the great devotions Holy Mother Church provides for our spiritual nourishment.

If you enjoyed this and you want to dive deeper, click here. 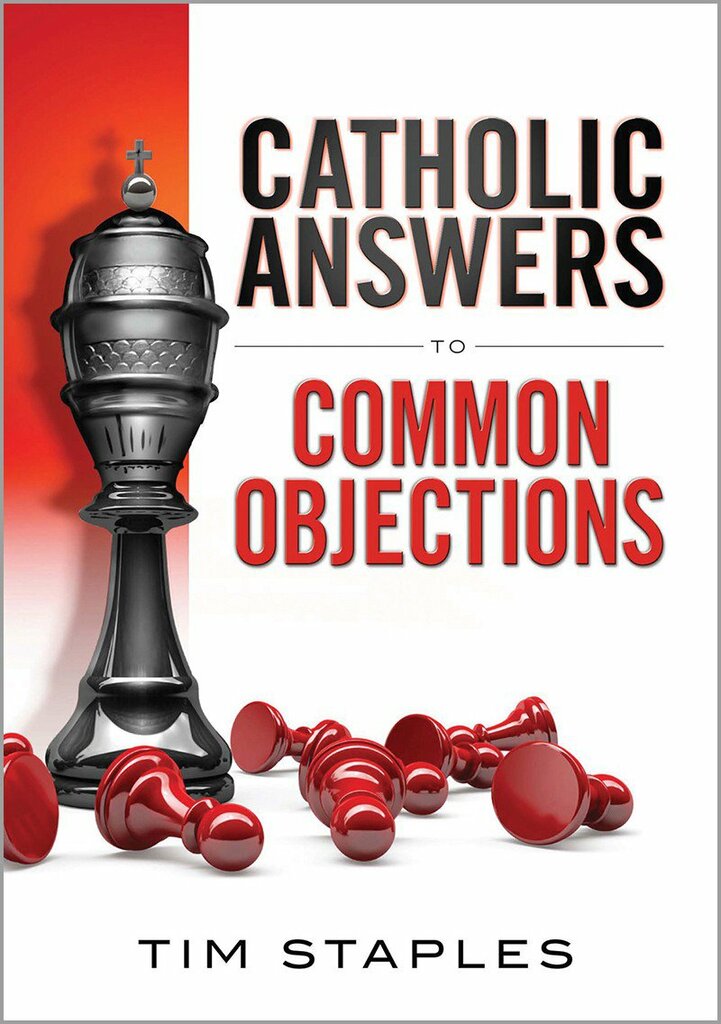 In Catholic Answers To Common Objections you and your non-Catholic friends will be staggered by the mountain of scriptural evidence Tim Staples has compiled to prove the truth of even the most controversial Catholic teachings:

Perhaps you’ve been stumped by one or more of these questions over the years.
Tim has compiled a plethora of scriptural evidence that will make it easy for you to answer these questions, and many others – clearly, thoroughly and convincingly.
$25 – 4 CD Set

Tim Staples is a senior apologist at Catholic Answers. He converted to Catholicism in 1988 and spent the following six years in formation for the priesthood, earning a degree in philosophy from St. Charles Borromeo Seminary in Overbrook, Pennsylvania. He then studied theology on a graduate level at Mount St. Mary’s Seminary in Emmitsburg, Maryland, for two years. Realizing that his calling was not to the priesthood, Tim left the seminary in 1994 and has been working in Catholic apologetics and evangelization ever since.