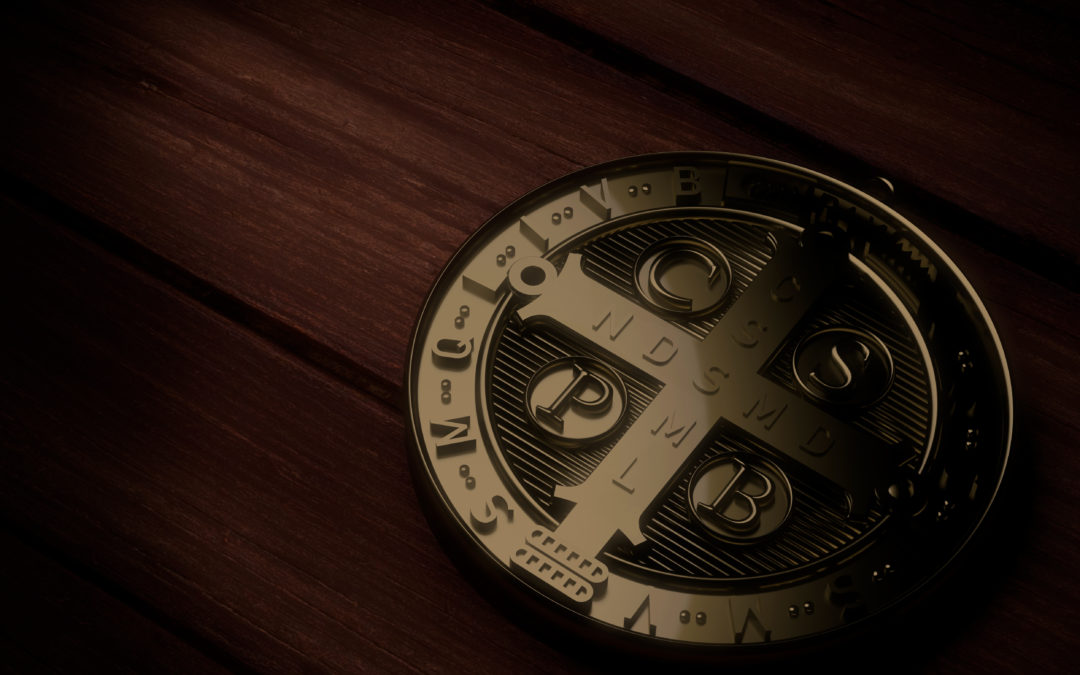 This two-sided medal of St. Benedict, a powerful sacramental in use since at least 1880, includes several details one might overlook at first.

Holy medals, also known as devotional medals or religious medals, are medallions, usually resembling a coin, created for devotional purposes or a commemoration. Typically one-sided, variations include the image of the Blessed Virgin Mary, another saint, a pope, or other Christian iconography. Usually, they have an inscription. Many wear the medal around the neck, but it may also be attached to a crucifix or to an assortment of other medals on a bracelet. These sacramentals recall the mysteries of the Catholic faith, and some are set aside as badges of pious associations, such as a religious congregation, to consecrate and protect the wearer. Many medals are, therefore, blessed, and their use is enriched with indulgences for the user.

Holy medals have become a staple sacramental since the eighteenth century, but their history goes back much farther. It is widely known that pagans would wear, on the wrist or neck, small medals that depicted a god. When these cultures were converted to Christianity, the token piety of carrying around an image of the divine did not end. Rather, it was properly Christianized, with images of Christ, the cross, saints, and other features of the Faith perfecting the tradition. Such artifacts have been found at Christian burial sites, including the catacombs of Rome.

In the Middle Ages, blacksmiths would create more ornate and detailed sacramentals. Pilgrim tokens, from this tradition, become increasingly popular in the Renaissance. Soon after, popes began attaching indulgences to these medals when used with the proper disposition. Today, medals are given and used for many purposes: first Holy Communion, confirmation, blessings for expectant mothers, and religious promises.

One of the most famous and recognizable holy medals is St. Benedict’s medal. Pope Benedict XIV approved the use of the original medal in 1741, but the medal widely used today was approved in 1880 for the 1,400-year anniversary of the founding of the Benedictine Order. This two-sided medal includes several details one might overlook at first. On the front is an image of Benedict, with a cross in his right hand and the Rule of Benedict in his left. At his feet are a chalice and a raven, images that call to mind Benedict’s miraculous deliverance from poison. Surrounding the image of the saint are the words crux patris benedicti, Latin for “the cross of the Father Benedict.” Along the outer edge of the medal are the words ejus in obitu nostro praesentia muniamur, which means “at our death may we be fortified by his presence.”

The reverse side of Benedict’s medal contains several powerful prayers, written as initials for wearers to memorize, among them CSSML for crux sacra sit mihi lux, meaning “the holy cross be my light,” and NDSMD for non draco sit mihi dux, which translates “let not the dragon be my guide.” Around the edges are letters signifying these Latin mottoes: VRSNSMV—SMQLIVB, vade retro satana, numquam suade mihi vana! sunt mala quae libas. ipse venena bibas, meaning, “Begone, Satan! Never tempt me with your vanities! What you offer me is evil. Drink the poison yourself!” At the top is usually a pax for “peace.”

If you own Benedict’s medal and would like to have it blessed, you can always visit a Benedictine priest for a proper blessing, exorcism, and pouring of holy water. (Not that you must have a Benedictine priest in particular—in fact, any priest or deacon can bless the medal—but the parallel is nice.)

St. Catherine Labouré’s miraculous medal must be the most famous of sacramental medals. The story of its founding is remarkable. In France, between July 18 and November 27, 1830, the Blessed Virgin Mary appeared in multiple visions to Catherine, asking her to have a medal produced with exacting specifications. The Virgin Mary gave her this extraordinary responsibility on the condition that she refrain from sharing the instructions with anyone but her priest and that she remain anonymous. The priest was reluctant to cooperate and had to be sure that the message and instructions were true and correct. Eventually, after much prayer and consideration, the priest had the coin struck with confidence, and he and Catherine kept the secret for forty-six years. Within two years of the medal’s founding, millions were distributed, and due to the many miracles attributed to the sacramental, it is prevalently known as the “miraculous medal.”

Medals, as a sacramental, continue as a wonderful means of exciting the faith of their wearers. They are a superb visual tool for evangelization.

This article is adapted from Catholic Answers’ 20 Answers booklet “Relics and Sacramentals,” available at the links below. What are some biblical reasons for revering sacred objects and using them in prayer?

How does the Church know that body parts of saints and other holy objects are authentic?

Are there any rules for keeping relics and sacramentals at home, giving them to others, and disposing of them if necessary?

The use of holy objects in worship is one of the best-known hallmarks of Catholicism—and one of the most misunderstood. Whether it’s venerating the corporal remains or personal belongings of saints (relics) or praying with the help of tangible items in liturgy and individual devotion (sacramentals), such practices often puzzle Catholic, Protestant, and nonbeliever alike. 20 Answers: Relics and Sacramentals clears up the misconceptions and shows you how Christianity is truly an incarnational religion that involves the whole person, body and soul, and the physical world that Jesus came to redeem.

Shaun McAfee is founder and editor of EpicPew.com and the author of several books, including Filling Our Father’s House and Reform Yourself! He contributes to many online Catholic resources and holds a master’s degree in dogmatic theology from Holy Apostles College and Seminary. Shaun is lay Dominican and lives with his wife and children in Vicenza, Italy.