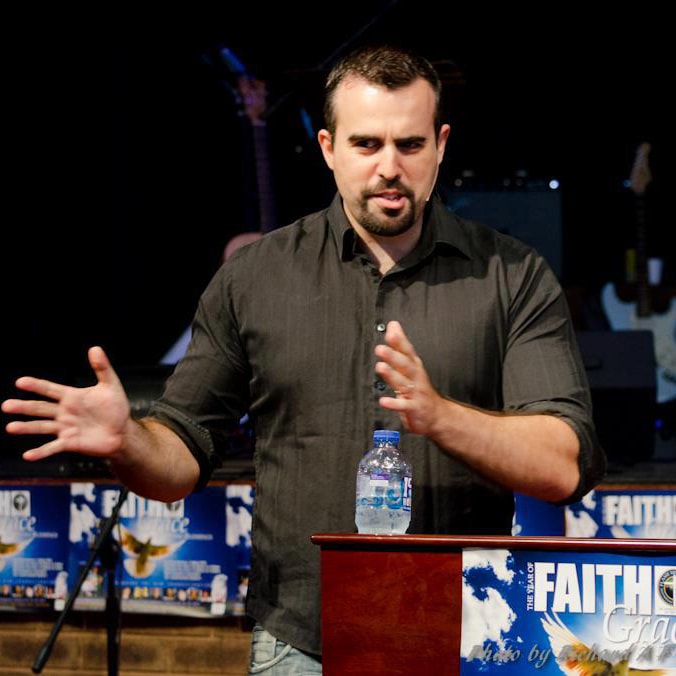 With a passion for apologetics and defending Catholic truth, Stephen has been blogging, speaking, and has continued to work on this and other projects to help bring the truth of the Catholic faith to others.

He has lectured at the Acts2Come College of Mission & Evangelisation, Perth’s Catholic Bible College; he was a content contributor to the “Answers4Catholics” iPhone/Android app; and has written content and blogs for St. Paul Street Evangelization (a US-based apostolate).

Currently Stephen is a co-host for the “Catholic In Training” podcast. Stephen is married and a very proud father of three children with a passion to equip teenagers, young adults and people of all ages with the tools they need to adequately know and defend the Catholic faith.

Confidently Catholic - What is Apologetics and Why We Need It

It is an unfortunate reality that a majority of Catholics in the world today cannot adequately explain and defend the faith that they hold dear to.

Catholics are very good at “being” Catholic, but there are those in the world today who want nothing more than for Catholics churches around the world to have empty pews and Catholics must be able to make a solid defense.

Stephen Spiteri shares with us his own passion for apologetics; where it came from and how he has humbly defended the Holy Catholic Church. This talk revisits the basics: what is Apologetics and why Catholics need it today.

Rome is Where the Heart Is - Reasons to Stay Catholic; Reasons to Become Catholic

There are hundreds of reasons why you should consider becoming a Catholic or if you’ve ever contemplated leaving Catholicism, many reasons to stay Catholic.

Whether you need a refresher on some Catholic fundamentals, this presentation examines a handful of Catholic beliefs and teachings, their foundations in the Sacred Scriptures and how they unite us more fully with God and the Church.

The Church’s primary mission is to bring mankind to full unity with God, but did you know that this mission was laid out for the Church before Christ founded it on St. Peter?

Stephen Spiteri examines and highlights key moments stemming from the Old Testament to the New Testament that lay out the plan for salvation for all of mankind, and how the Catholic Church today carries on the work of Christ and His disciples in the world today.

We are all partakers in salvation history.

What Can Tolkien’s Gollum teach us About the Nature of Sin?

Author of the literary masterpiece, The Lord of The Rings, Tolkien – a devout Catholic – in his high fantasy world taught us much about the nature of man, faith, hope, and how sin can corrupt the soul.

Through his character, Gollum, we learn much about the nature of sin and what lessons we can draw from him about recognising sin, how it affects us, and how to overcome it.