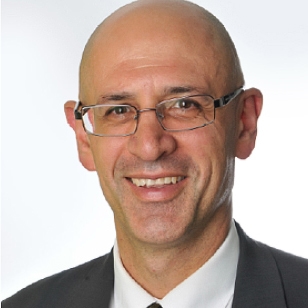 In addition to his studies, Robert has authored ten books, selling over 60,000 copies, his most popular being Defend the Faith! and 1001 Reasons Why It’s Great to be Catholic!

In his professional capacity, Robert has also written and/or edited the following catechetical resources for the Archdiocese of Sydney:

Throughout his working life, Robert has worked at St Charbel’s College (15 years), the Catholic Chaplaincy at the University of Sydney (4 years), the Confraternity of Christian Doctrine (4 years) and the Catholic Adult Education Centre (4 years part-time), the University of Notre Dame, Sydney (10 years part-time). He has been presenting public talks on the Catholic Faith in Australia and overseas since 1996. Currently, he works as the Manager, Network Catholic Identity for the Sydney Catholic Schools Office and in this capacity has responsibility for staff faith formation, youth ministry and family educators. In 2016 he led the largest group of Australian pilgrims to travel to an overseas World Youth Day, over 650 Catholic students and staff. For his Ph.D Robert researched the principles of the New Apologetics and applied his findings to create a New Apologetics curriculum for Catholic secondary schools. In 2014 Robert was awarded an Australia Day Award for his contributions to education and in 2020 the Dempsey Medal by the Archbishop of Sydney, Anthony Fisher OP, for his work in evangelisation.

Please note that Robert covers 150+ more topics, an extensive list may be granted upon request.