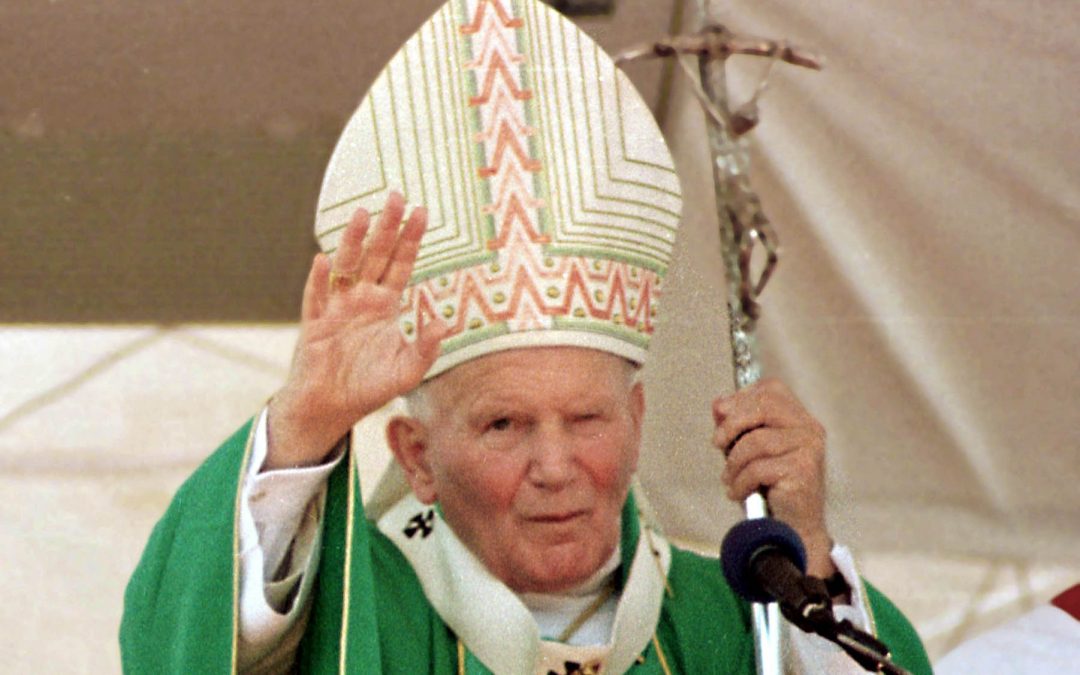 This article is based on a video from Chris Stefanick and his team at Real Life Catholic.

I greet you all in the name of Jesus Christ. He’s the way, the truth, and the life.

When Pope John Paul II was coming to Denver for World Youth Day ’93, reporters were predicting an absolute failure. They thought maybe from the whole world, he might manage to get 20,000 people to show up.

750,000 young people came to this field to celebrate their Catholic faith with the Pope.

I was one of them. Apparently none of us had gotten the memo that Catholicism is irrelevant and out of touch with the needs of young people. John Paul II lived into his 80s. He wore a Roman outfit, he had Parkinson’s, and yet to his dying day, he could draw more young people than Justin Bieber, One Direction or any popular band put together.

There’s nothing more attractive than holiness. 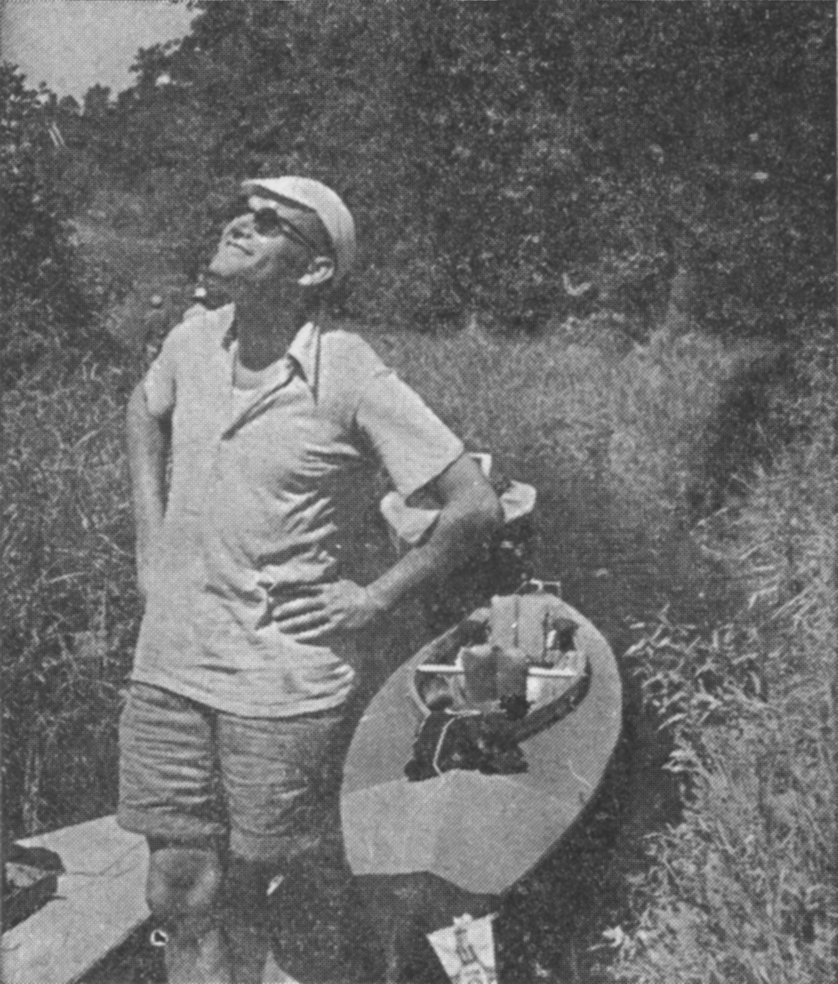 John Paul II had a really rough childhood. But, you know, an unfortunate reality about life is that heroic souls tend to only be chiseled out by tragedy. When really bad things happen to us, we either get bitter or better. Before he was born, his big sister died. Growing up as a little boy, he loved his mom like any little boy did. And he later called her the soul of home. When he was eight, his mom died.

He later said, “At 20, I had already lost all the people I loved. And even those I might have loved, like my older sister.” 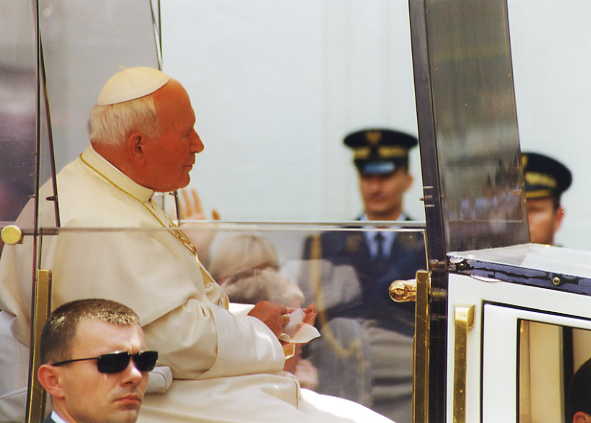 He had this almost supernatural grin in the face of what he called the culture of death. His favorite phrase that he repeated constantly was the one that Jesus said more times than any other in scripture, “Be not afraid.”

And he was also renowned for his love. As Bishop, he wrote, “Everyone had direct access to me at all times. All were welcome to my home.” And he was never too busy for anybody, no matter how big of a deal he became.

And as Pope, he wrote, “I don’t like the word crowd, which seems too anonymous. I prefer the word multitude.” He had this supernatural sharing in the heart of God the Father. He literally noticed and loved everybody. I think that’s why, you know, he could be at World Youth Day in a crowd with 750,000 people and I remember being a half mile away from him. He was like a little white speck on the stage. And people around me were crying, they felt personally loved and reached out to. And they were. The Pope’s secretary said that for the Holy Father to meet another person is to encounter God.

The Pope even loved the guy who shot him at pointblank range. He forgave him. They became friends. And the friendship and forgiveness that he experienced from the Pope changed his life. 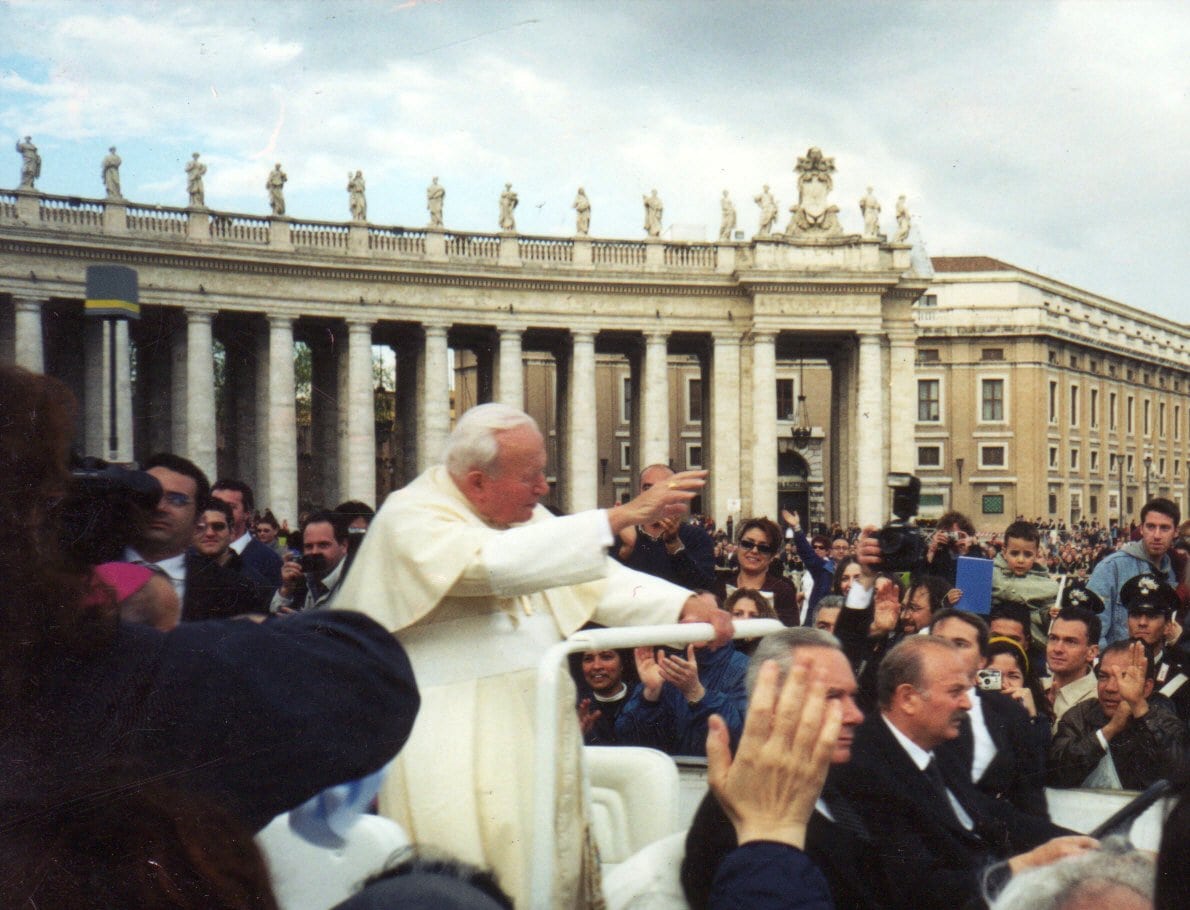 Despite all the suffering he went through, all the darkness he saw, Pope John Paul II faced his life, faced his every day with prayer. I was in St. Louis in the Archbishop’s residence there and he pointed out a kneeler to me and said, “You see, when the Pope was here in the city of St. Louis, he came down and knelt there at 4:00 am. He didn’t move until 6:00 am.”

People who worked with him said he visited the blessed sacrament constantly. That’s superhuman courage and love that came from the fact that this heart was close to the heart of God. Early in his papacy, when Pope John Paul II visited his homeland, Poland, for the first time as Pope, his people were being crushed by the communists who were taking every opportunity they could to suppress the Church. And this beautiful central theme in his message that he repeated everywhere he went was this, “You are not who they say you are. Let me remind you of who you are.”

In a world who would have us lose ourselves in materialism, in sin, in godless and lifeless philosophies, John Paul II stood out like a light shining in the darkness, reminding us who we are.

These are the forces of death. In spite of all the false teachers, Jesus Christ continues to offer humanity the only true and realistic hope, hope. He’s the world’s true shepherd. He never ceases to repeat with the same vigor and love, “I came that they may have life and have it abundantly.”