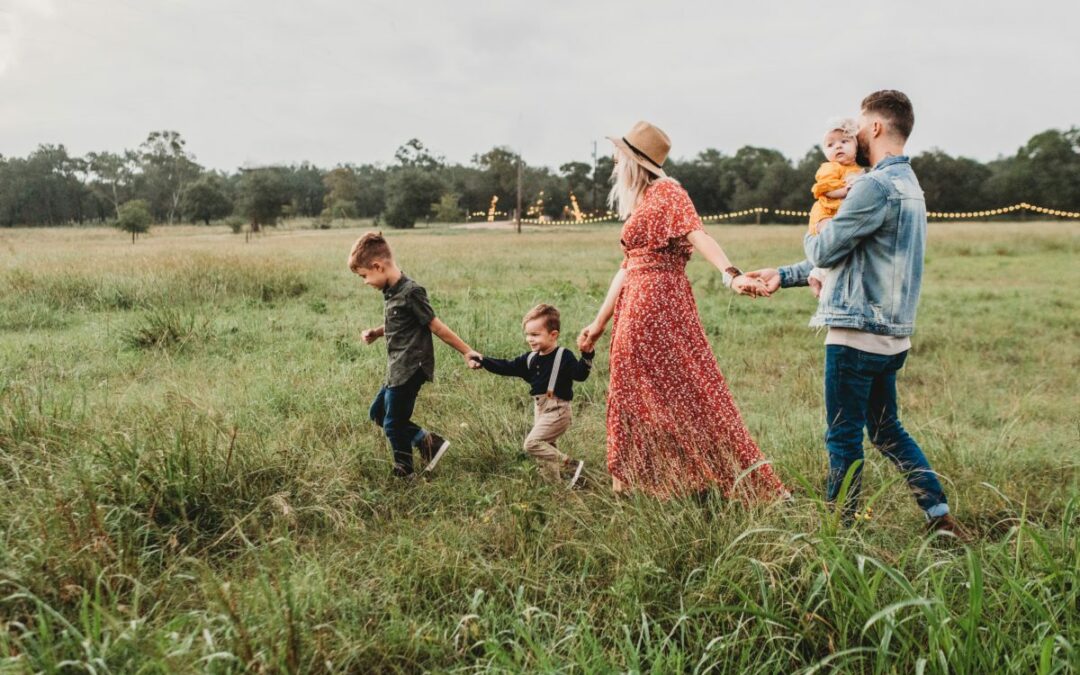 How long will it be before your child notices the sacrifices you have made for him or her? Years! You will nurse, dress, diaper, tell bedtime stories, cook, launder, carpool—love in countless ways—before that child realizes the depth of unconditional love you have shown. Maturity deepens that understanding, especially as the child becomes a spouse and parent.

The godly woman described in Proverbs 31 is a mature mother of older children. “Her children rise up and call her blessed” (Proverbs 31:28a). They recognize what a great job she has done. For what do they bless her? They bless their mother for raising godly children in an ungodly world. Proverbs was written during a different time in history and in a different land, yet we face similar challenges with marriage and family life.

During a much earlier period of history, Noah faced these challenges of an ungodly culture. “The Lord saw that the wickedness of man was great in the earth, and that every imagination of the thoughts of his heart was only evil continually. . . . Now the earth was corrupt in God’s sight, and the earth was filled with violence” (Genesis 6:5, 11). God was ready to destroy everything, but Noah found favor with God. He was a righteous man, blameless in his generation (see Genesis 6:8, 9). God had a plan to save him and his entire family: his wife, their three sons, and their sons’ wives. God commanded him to build an ark. Then he would send a flood that would cleanse the earth; those who would die physically were already dead spiritually.

Building the ark was no simple task; it took years. There was no Lowe’s or Home Depot for materials. Then they had to gather the animals and supplies. “By faith Noah, being warned by God concerning events as yet unseen, took heed and constructed an ark for the saving of his household; by this he condemned the world and became an heir of the righteousness which comes by faith” (Hebrews 11:7).

Jesus warned, “For as in those days before the flood they were eating and drinking, marrying and giving in marriage, until the day when Noah entered the ark, and they did not know until the flood came and swept them all away, so will be the coming of the Son of man” (Matthew 24:38–39). People did not know they were spiritually dead; they acted as if there would be no judgment. The same is true today, and like Noah, we may also be mocked for trying to raise godly children in an ungodly world.

We need to follow Noah’s example. Husbands need to lead their families; wives need to trust the Lord to work through their husbands’ spiritual leadership. We parents need to call our children to holiness, including choosing Christian spouses. And our families need to remain in the ark of the Church (the barque of Peter), so we are preserved from the floodwaters of wickedness that surround us. Finally, we thank God for the salvation he has graciously provided, praying that others will open their hearts to the same grace. They bless their mother for their good family name. She contributes to a legacy: “The memory of the righteous is a blessing, but the name of the wicked will rot” (Proverbs 10:7).

When a wife marries, she takes her husband’s name as an expression of unity. She then contributes to the positive reputation of that name. The couple then gives their name to their children and expects them to also contribute to the honor of the family name. “A good name is to be chosen rather than great riches, and favor is better than silver or gold” (Proverbs 22:1). They bless her for her obedience of faith. The command to worship God alone concludes with this consequence: “For I the Lord your God am a jealous God, visiting the iniquity of the fathers upon the children to the third and the fourth generation of those who hate me, but showing mercy to thousands of those who love me and keep my commandments” (Exodus20:5–6). As parents, our obedience or disobedience has a generational impact.

Likewise our marriage is an ongoing source of strength for our children as they move from childhood to adulthood. Christian husbands and wives are “joint heirs of the grace of life” (1 Peter 3:7). How we conduct ourselves in the vocation of marriage authenticates what we believe, especially in our expanding family. Imagine the gratitude of our adult children as they enter this vocation and discover its richness but also its challenges. How grateful they will be for our faithfulness!

They bless their mother for her prayers for them. We pray for our adult children to be close emotionally and spiritually even when they are not close geographically. Time and space are our boundaries, not God’s. When older children live elsewhere, we can feel scattered. We gather them in our prayers, offering our Masses and rosaries for them and uniting small mortification and fasting to our petitions.

When someone sighs, “All I can do is pray,” we remind them, “That is a lot!” We can light a candle in our child’s darkness. We can harness heaven on his behalf in intercessory prayer. We can ask our guardian angel to work with our child’s guardian angel. We imitate Jesus by interceding for our children, just as he lives to intercede for us (see Hebrews 7:25).

We pray for safety from physical and spiritual harm for our children, just as Job did. He rose early daily to pray for his adult children, that they might not sin grievously against the Lord (see Job 1:5). His prayers formed a hedge of protection that only God could allow Satan to breach (Job 1:10). Like Job, we ask God to forgive our child for any venial sins, “and God will give him life for those whose sin is not deadly” (1John 5:16).

We pray for a godly spouse from a godly family for each child called to marriage. It is not enough to raise a godly child; whom they marry is also critical. We also pray for the whole family into which our child will marry. One college student, dating a strong Catholic whose father now rejects the faith, said, “It’s hard to face a dad who sees my being a strong Catholic man as a liability to overcome.” That is sobering.

The people who formed our son’s wife or our daughter’s husband will be ongoing influences. We pray that they will strengthen the couple and support them as they parent. They will be the other grandparents of our grandchildren. Every stage of parenting presents its own challenges, but raising teens and young adults can be a unique time that many are unprepared for. In Legacy of Love: Biblical Wisdom for Parenting Teens and Young Adults, Kimberly Hahn draws from Proverbs 31 to help families navigate the transition from childhood to adulthood.

Topics in Legacy of Love include developing compassion for the poor and undertaking works of mercy, friendship and courtship, and growing into new relationships with in-laws and extended family.

Perfect for personal or group use, Legacy of Love will help you foster fruitful and lasting relationships with your children as they grow into young men and women.

Kimberly Hahn is a Catholic speaker and author who for decades has shared her wisdom with other wives and mothers. She is the host of the podcast and radio show ‘Beloved and Blessed‘ and the author of numerous books and Bible studies.