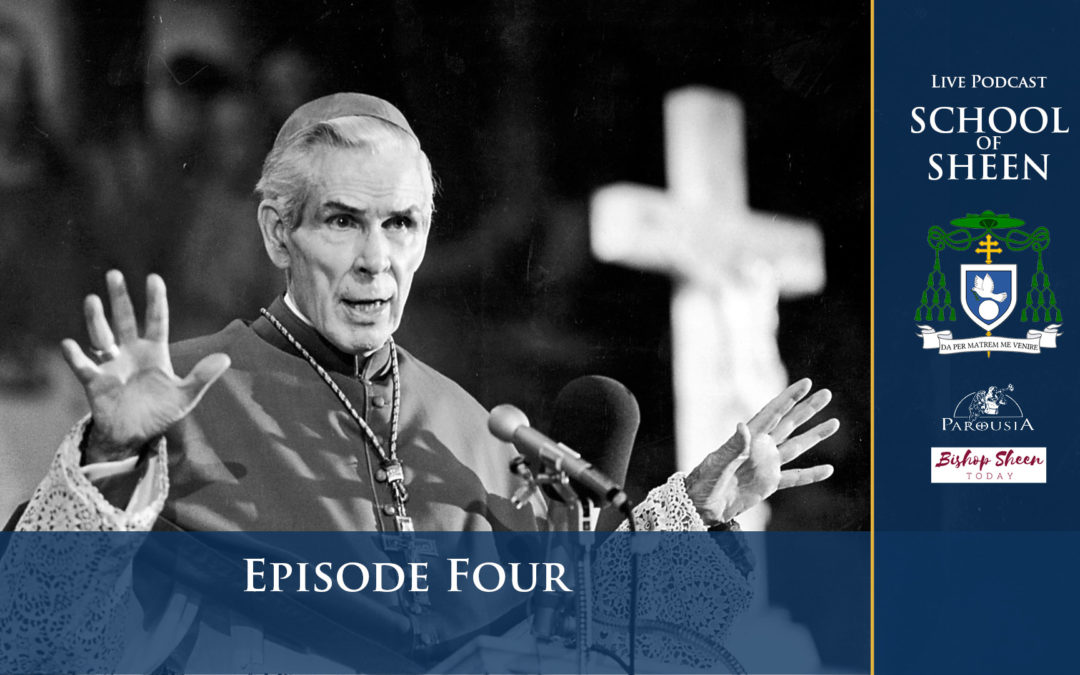 In this episode, Matthew-Hermann Tague talks to Allan Smith from Bishop Sheen Today about the book ‘Calvary and the Mass’ by the Venerable Archbishop Fulton J. Sheen. Calvary and the Mass: Two Summits of Grace

World-renowned evangelist, Emmy award winner and New York Times best-selling author Archbishop Fulton J. Sheen will present a collection of his writings that will encourage the reader to better understand the transformative power of the Eucharist and the beauty of the Mass.Quoting from Fulton Sheen’s book Calvary and the Mass, he writes:We were there then during that Crucifixion. The drama was already completed as far as the vision of Christ was concerned, but it had not yet been unfolded to all men and all places and all times. If a motion picture reel, for example, were conscious of itself, it would know the drama from beginning to end, but the spectators in the theatre would not know it until they had seen it unrolled upon the screen. In like manner, our Lord on the Cross saw His eternal mind, the whole drama of history, the story of each individual soul and how later on it would react to His Crucifixion; but though He saw all, we could not know how we would react to the Cross until we were unrolled upon the screen of time. We were not conscious of being present there on Calvary that day, but He was conscious of our presence. Today we know the role we played in the theatre of Calvary, by the way, we live and act now in the theatre of the twentieth century.That is why Calvary is actual; why the Cross is the Crisis; why in a certain sense the scars are still open; why Pain still stands deified, and why blood like falling stars is still dropping upon our souls. There is no escaping the Cross, not even by denying it as the Pharisees did; not even by selling Christ as Judas did; not even by crucifying Him as the executioners did. We all see it, either to embrace it in salvation or to fly from it into misery.But how is it made visible Where shall we find Calvary perpetuated We shall find Calvary renewed, re-enacted, re-presented, as we have seen, in the Mass.

Matthew-Hermann Tague Obl. O.S.B. is the Events Coordinator for Parousia.