The Narrow Gate: Getting Back On Mission 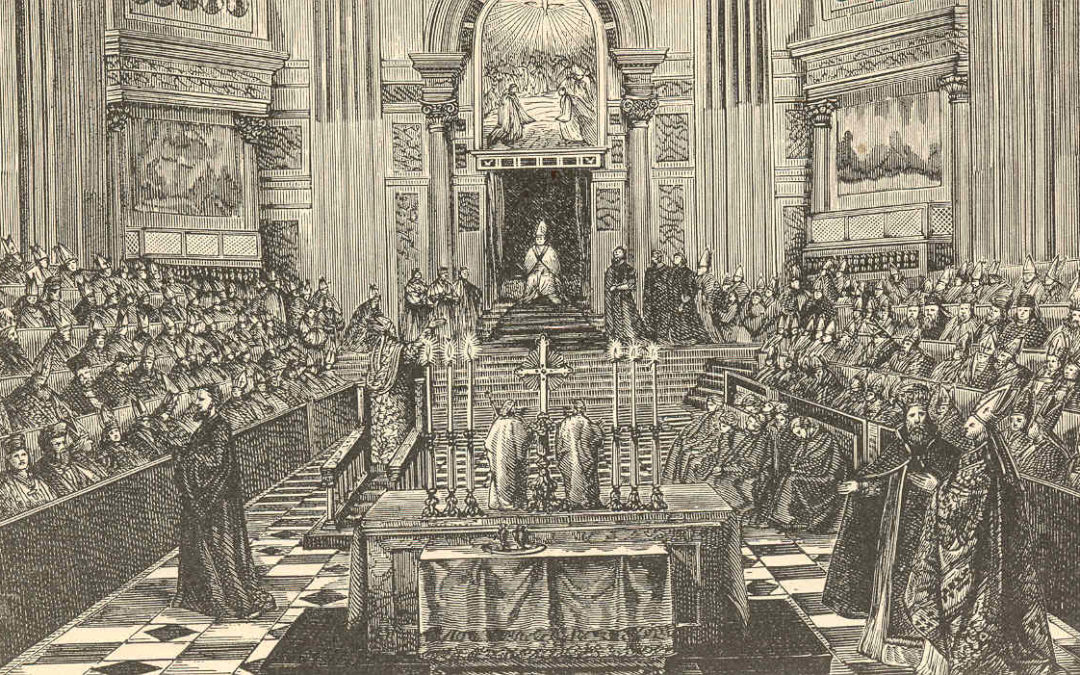 Pictured above: Engraving of The First Vatican Council
As an expression of our support for Plenary 2020, Parousia will publish occasional articles relating to it. We start with part one of an edited article authored by Eamonn Keane titled The Plenary, Catholic doctrine and ‘Catholics for Renewal’ that was first published recently by The Catholic Weekly online. Used with permission.

The Plenary Council 2020/21 is an opportunity for the Catholic Church in Australia to refocus on its primary mission, that of evangelisation. The heart of evangelisation is the proclamation of Jesus Christ as Lord and Saviour: “And there is salvation in no one else, for there is no other name under heaven given among men by which we must be saved” (Acts 4:12).

To ensure the Plenary Council bears good fruit in the life of the Church in Australia, we should take note of a letter addressed by Pope Francis to “the People of God” in Germany on June 29, 2019.

Here the Holy Father expressed support for a Synodal Assembly of the Church in Germany, while at the same time sounding a note of caution.

He said the synod would be fruitful if it relied on the guidance of the Holy Spirit and was based on prayer, fasting and openness to pastoral conversion. He stated that concern for evangelisation had to be the primary objective of the synod, something which he said begins by the Church first “evangelising itself” (n. 7).

Referring to “temptations” to be avoided in the synodal process, Pope Francis said: “Every time an ecclesial community has tried to get out of its problems alone, relying solely on its own strengths, methods and intelligence, it has ended up multiplying and nurturing the evils it wanted to overcome” (n. 6).

After saying he had taken painful notice of how there had occurred in Germany a “growing erosion and deterioration of faith with all it entails not only on the spiritual level but also on the social and cultural level” (n. 2), Pope Francis went on to warn that attempts at false reform could cause the Church in Germany to sever its ties with the Universal Church in consequence of which it would “weaken, corrupt and die” (n. 9). 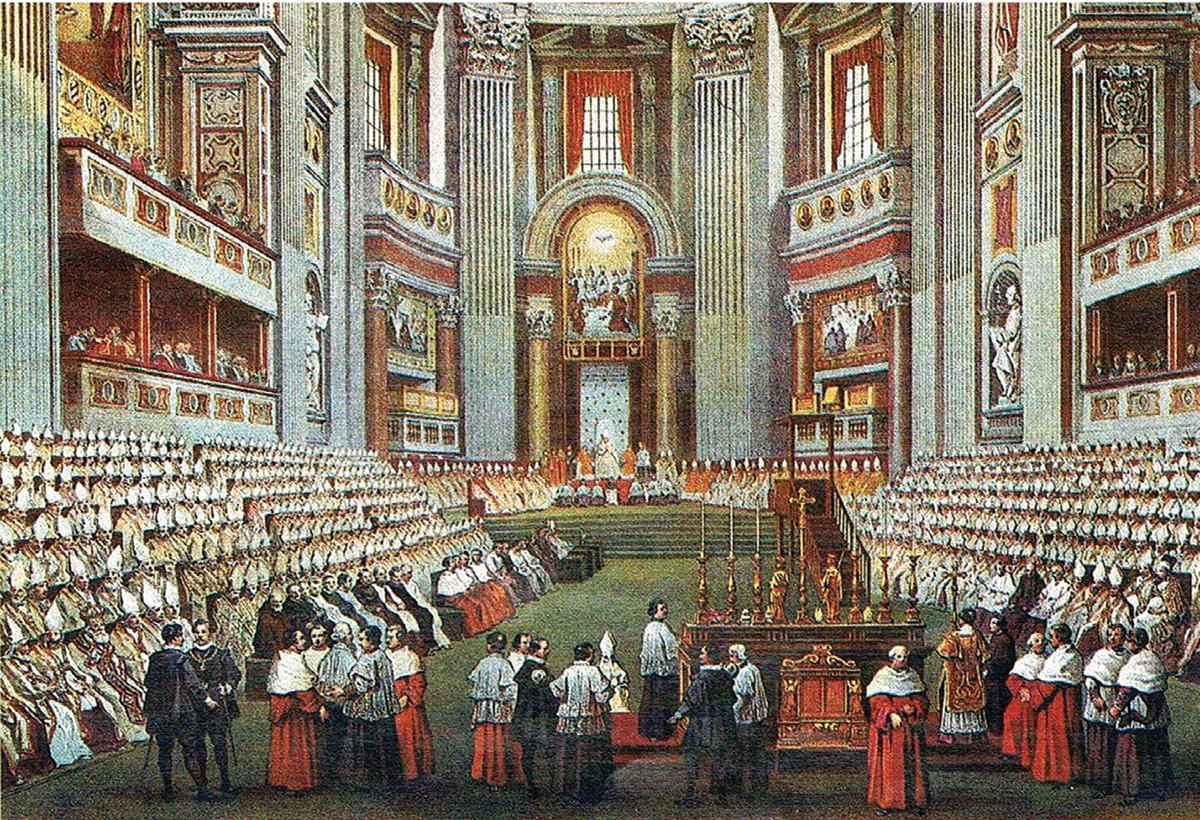 The magisterium presiding at the First Vatican Council

Though a Synodal Assembly is different to a Plenary Council in terms of its mode of operation and legislative powers, there are similarities nevertheless. As is the case with Germany’s Synodal Assembly, so too will Australia’s Plenary Council be counter-productive if it makes recommendations for Church reform that are in contradiction to the Church’s sacramental and moral doctrine.

While the Plenary Council has no authority to change the Church’s doctrine, there are, however, individuals and groups urging it to petition the Holy See to consider making changes in doctrinal teachings of the Church along lines that contradict what up to now has been transmitted as part of the essential content of the doctrines in question.

For example, on 17 September 2019, a book produced by an organisation called Catholics For Renewal and titled ‘Getting Back On Mission: Reforming Our Church Together’ was launched by former Truth, Justice and Healing Commission CEO, Francis Sullivan.

The book doubles up as a submission to Plenary Council 2020/21, urging it to lobby the Holy See to make changes to definitive Catholic teaching along lines that if approved would represent a corruption of the Church’s doctrine. Featuring prominently is the push to change the Church’s teaching on women’s ordination, homosexuality and contraception.

In reality this could never happen, since God himself through the Sacred Magisterium of the Church, protects the integrity of the essential content of the Church’s doctrine in the course of its transmission across time. In the meantime however, public campaigns for such impossible-to-realise changes in Church teaching undermines its missionary thrust.

Such a move violates one of the principles underlying authentic doctrinal development.  When this is allowed to go unrefuted, it becomes a form of scandal in that it can lead members of the faithful away from the truth.

In next week’s Narrow Gate, Eamonn Keane will address the issue of the ordination of women.

Eamonn Keane is married with five children and 13 grandchildren. He has taught Social Science and Religion in Catholic Schools in Ireland, New Zealand and Australia for 45 years. For the last 23 years he has taught at Redfield College Dural. He is the author of several books and numerous published articles.