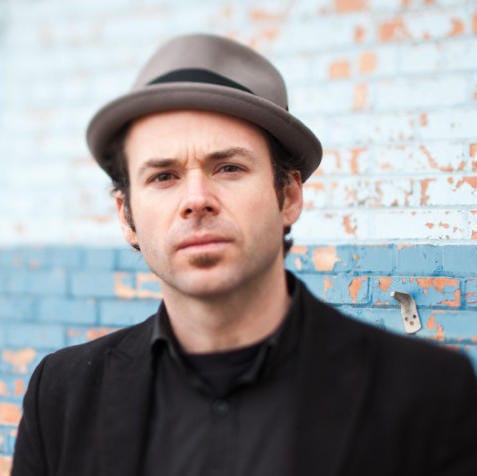 For the past thirteen years I have been on the move.  I grew up in Chicago, attended Marquette University and after graduation, moved to Los Angeles to pursue something as a musician.  While there I recorded an album entitled There and Back.

A little while later I moved into my van with my dog, played all the contiguous United States at night, and then slept in parking lots and rest stops.  After a year and a half of that nonsense I moved back to Milwaukee and married my college sweetheart.

At that point I started a band called The Union, and we began recording my second record, Tenebrae, in Lexington, KY.  We then accomplished the third, Offering, also in Lexington, KY.  Finally, we finished the fourth, Red-winged Blackbird Man, in Iowa City, IA.  All of that production was over the span of seven years.

Within that time I co-founded something called The Cor Project with speaker and author, Christopher West.  I toured the country and traveled the world.  That endeavor, combined with my music and band, has taken me deep into places I never would have imagined I’d go.  I mean this physically, spiritually, and emotionally; some have been good, and some horrible.  I’ve gained some amazing friends, lost a few as well.  I’ve been lifted so high and let down so much.  I have had a few accomplishments and many more failures.  I’ve met some fascinating people and some surprisingly toxic ones too.

In the past year and a half I have begun a couple of new projects while maintaining my music career.  The first being my new record, recorded back in LA and due out sometime in the future.  The second is my podcast, “Time and The Mystery: Conversations with Mike Mangione.”  T&M is a conversational podcast in which I sit with public figures I have come to know over the years to discus their inspiration, process, and ability to connect with others through their work.

I find myself in strange places and sometimes with incredible people doing fantastic things and so … I want to share.  I don’t consider myself very smart, opinionated, or an expert on anything.  I see and experience things around me, I am affected and moved by them and so I create.

I am a husband.  I am a father of three.  I am homeowner.  I am perpetually tired.