Phillip Brooks: Friendships of Virtue and The Latin Mass 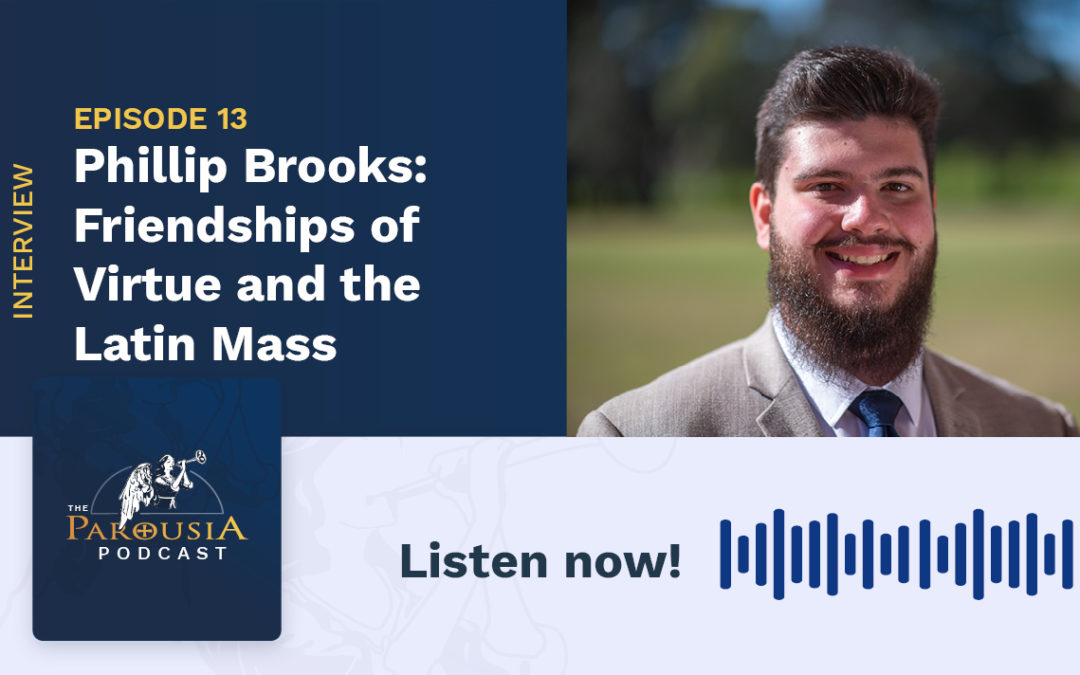 Charbel and Mark get to know the third host of the Parousia Podcast – Phillip Brooks. Phillip reveals what led him to return to confession after many years, how the Immaculata Mission School led him to fall in love with the Eucharist and the Traditional Latin Mass, and the impact of university chaplaincies on him as a student.
Phillip joined Parousia after volunteering and interning with Cradio, closely working with Parousia, and has been working in his current position for 12 months. He studies Cyber Security, has a background in all things audio and will be hosting many more episodes of the Parousia Podcast in the future. 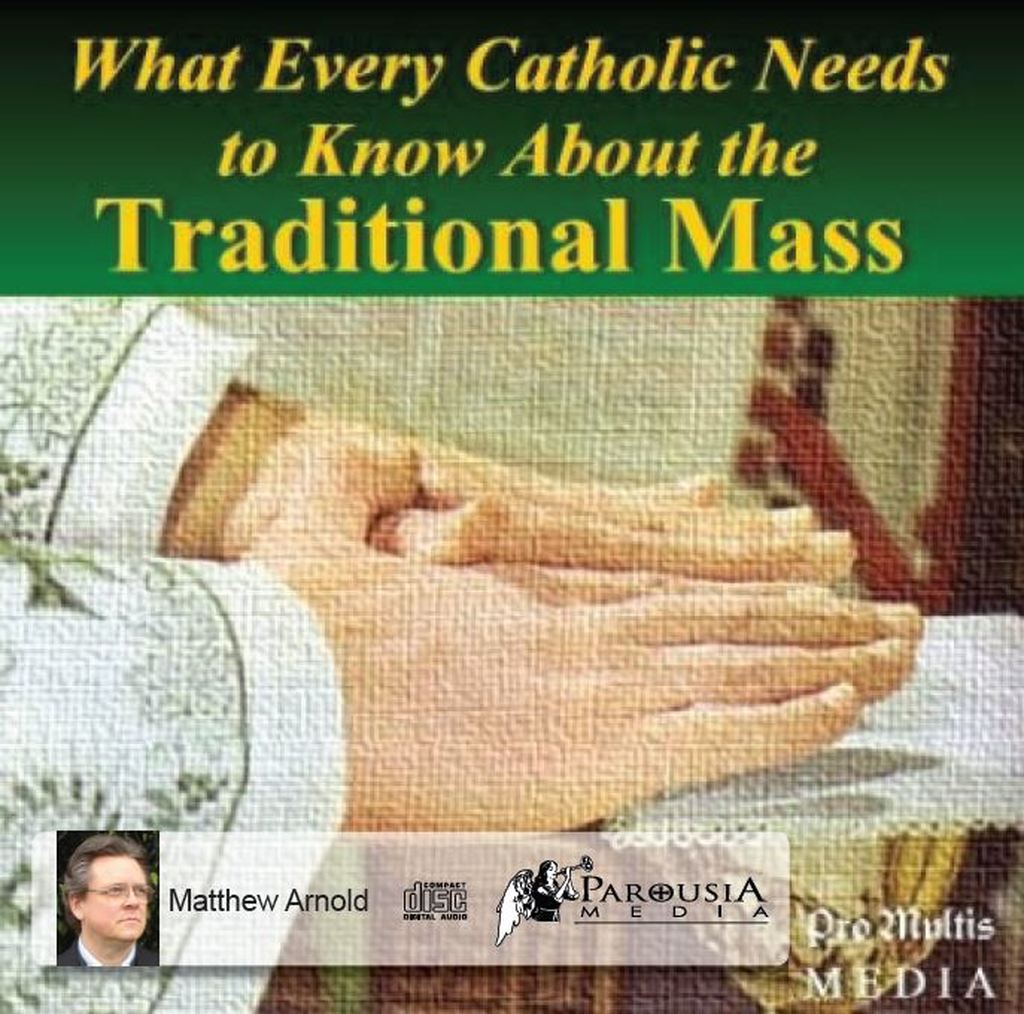 Pope Benedict XVI’s Motu Proprio “Summorum Pontificum” has made official what Traditional Catholics have maintained for decades – the Traditional Mass was never abrogated (and, consequently, in principle, was always permitted!) Despite forty years of confusion and contradiction, the Holy Father also declares, “What earlier generations held as sacred, remains sacred.”Now, you have an unprecedented opportunity to share the many riches of the Traditional Latin Mass with family and friends.

This informative and non-confrontational presentation will introduce them to: the traditional teaching on the Mass as a sacrifice; the Real Presence; why the Mass is in Latin; the four great ends of the Mass; what to expect when assisting at the Traditional Mass; and so much more.

This exclusive production also includes an overview of the vessels, vestments and the prayers of the Traditional Latin Mass, from the Prayers at the Foot of the Altar to the Last Gospel.

The Parousia Podcast is a new initiative of Parousia aiming to get to know the stories behind some of the regular faces and guests around the Parousia world. 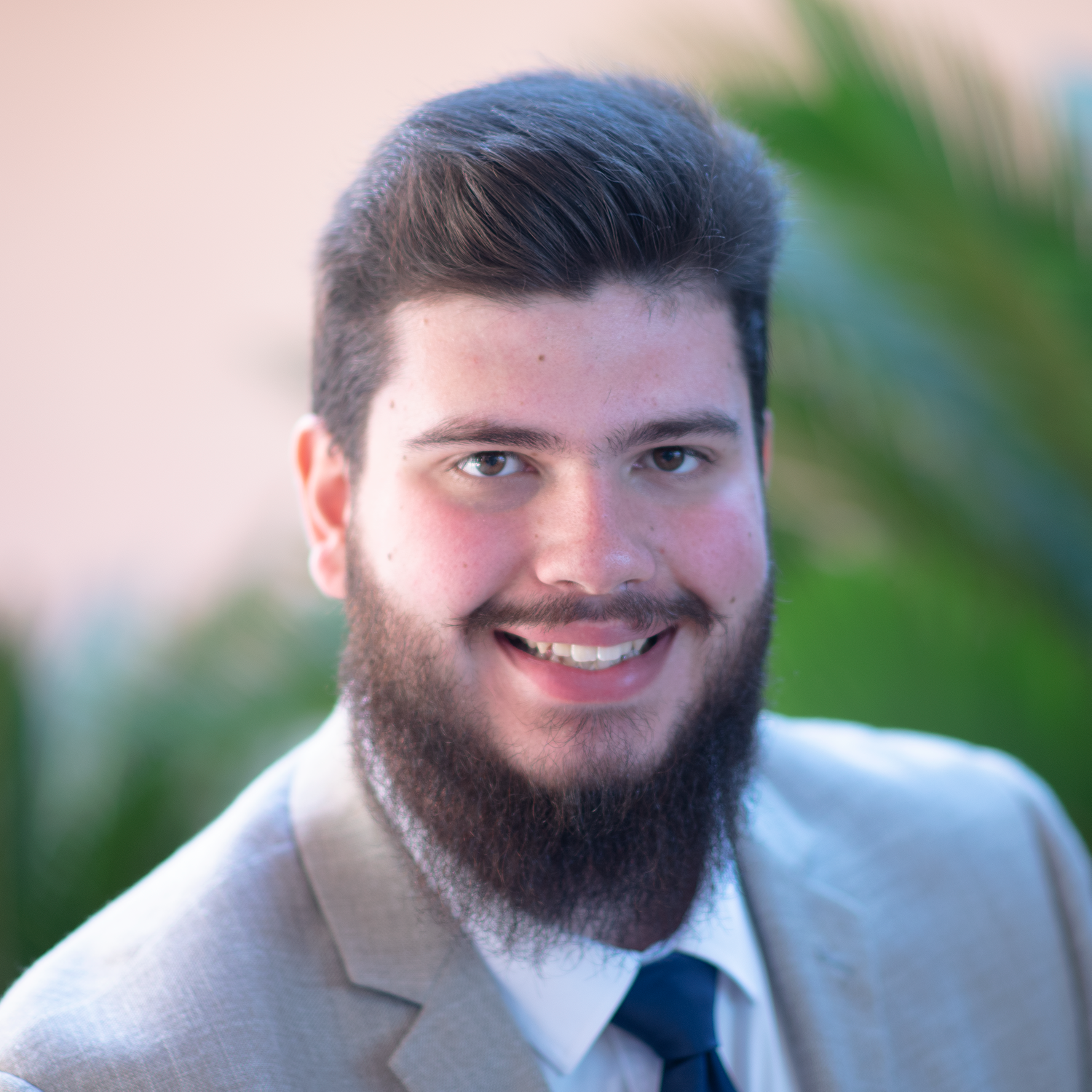 Phillip Brooks grew up in Western Sydney where he attended public schooling for his primary and secondary education. He now studies a Bachelor of Data Engineering at UTS, where his faith was nurtured and strengthened through the Dominican presence at the Catholic Society.

Phillip has a keen interest in the sacred liturgy and a great devotion to the Eucharist and the Holy Rosary. In addition to his role as a host and the editor of the Parousia Podcast, Phillip also serves as President of the Catholic Society of the University of Technology, Sydney and Treasurer of the Australian Catholic Students Association (ACSA).