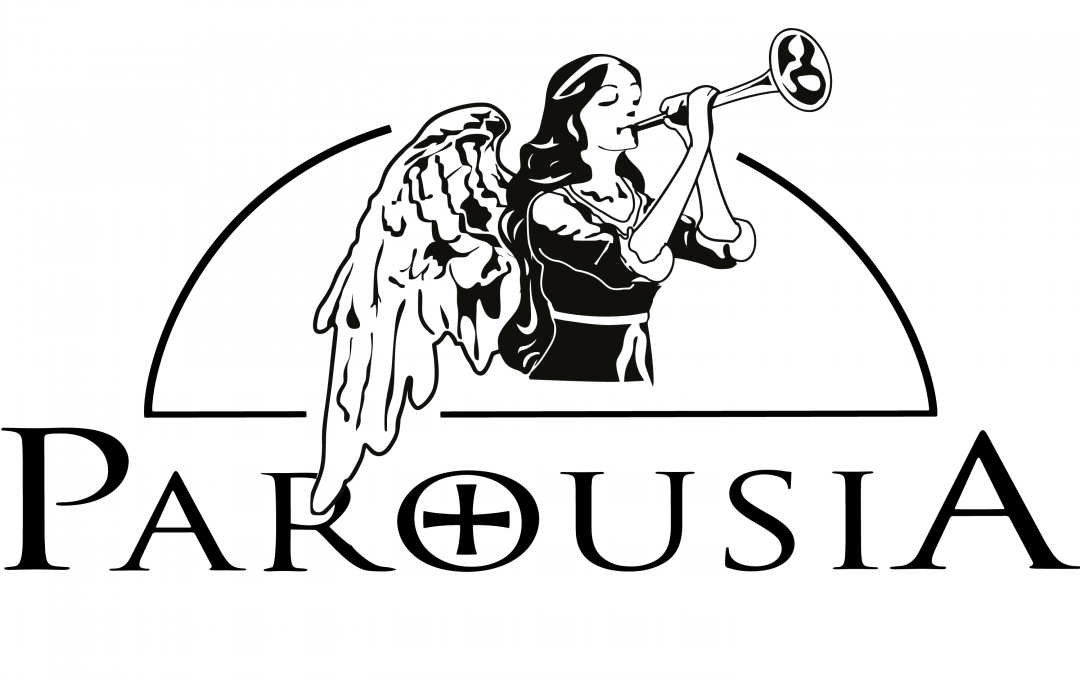 Welcome to the month of May which is dedicated to our mother Mary. As you may be aware, Jeff Cavins’ mother-in-law passed away only a few weeks ago and as result he had to cancel his Australian tour. 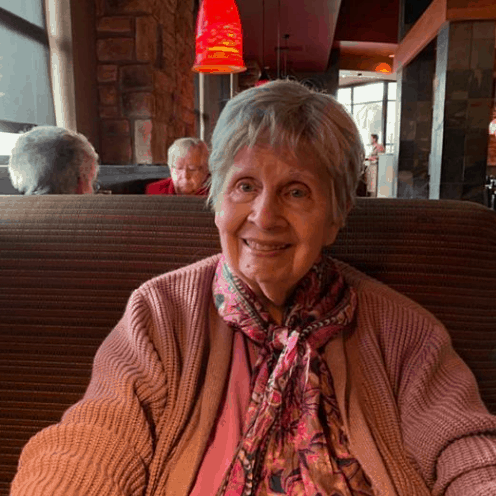 From everybody at Parousia, we would like to offer our condolences to the Cavins’ family and we pray that her soul may be resting in peace. We hope to have Jeff come back at a later date and we will keep you informed when that happens.

Earlier this month we had our big annual fundraiser dinner for Parousia. Over 300 people were in attendance and we managed to raise some much needed funds for the apostolate.

Although we did not have Jeff Cavins as our keynote, we were blessed to have two monks visiting from Lebanon, better known as the Abounas (Arabic for Fathers).

Fr Joseph Gedeon, the parish priest from St Jerome’s Punchbowl, said Grace. Fr Jean gave us a short spiritual talk. He had Fr Tanious alongside him, opening and blessing the evening.

The short speech was very powerful and well received by everyone in attendance. It was such a blessing for us to have their presence on the night. Please pray for these priests as they are establishing a new Maronite order. 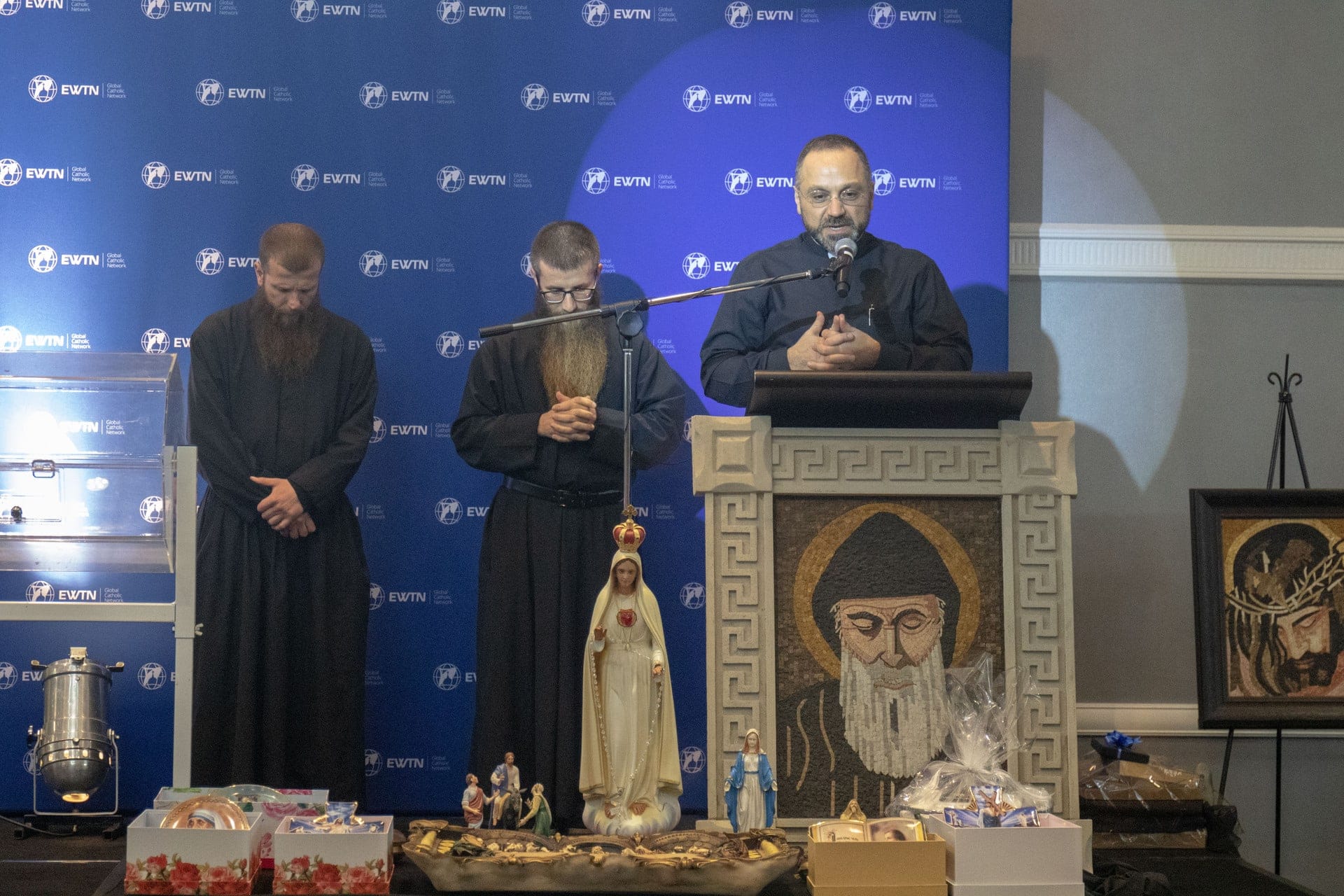 I had the privelege of addressing the audience straight after the blessing from the priests.

I thanked everybody in the room for their support and effort in the mission. And I also extend this thanks to you, the reader, for your support of the apostolate. 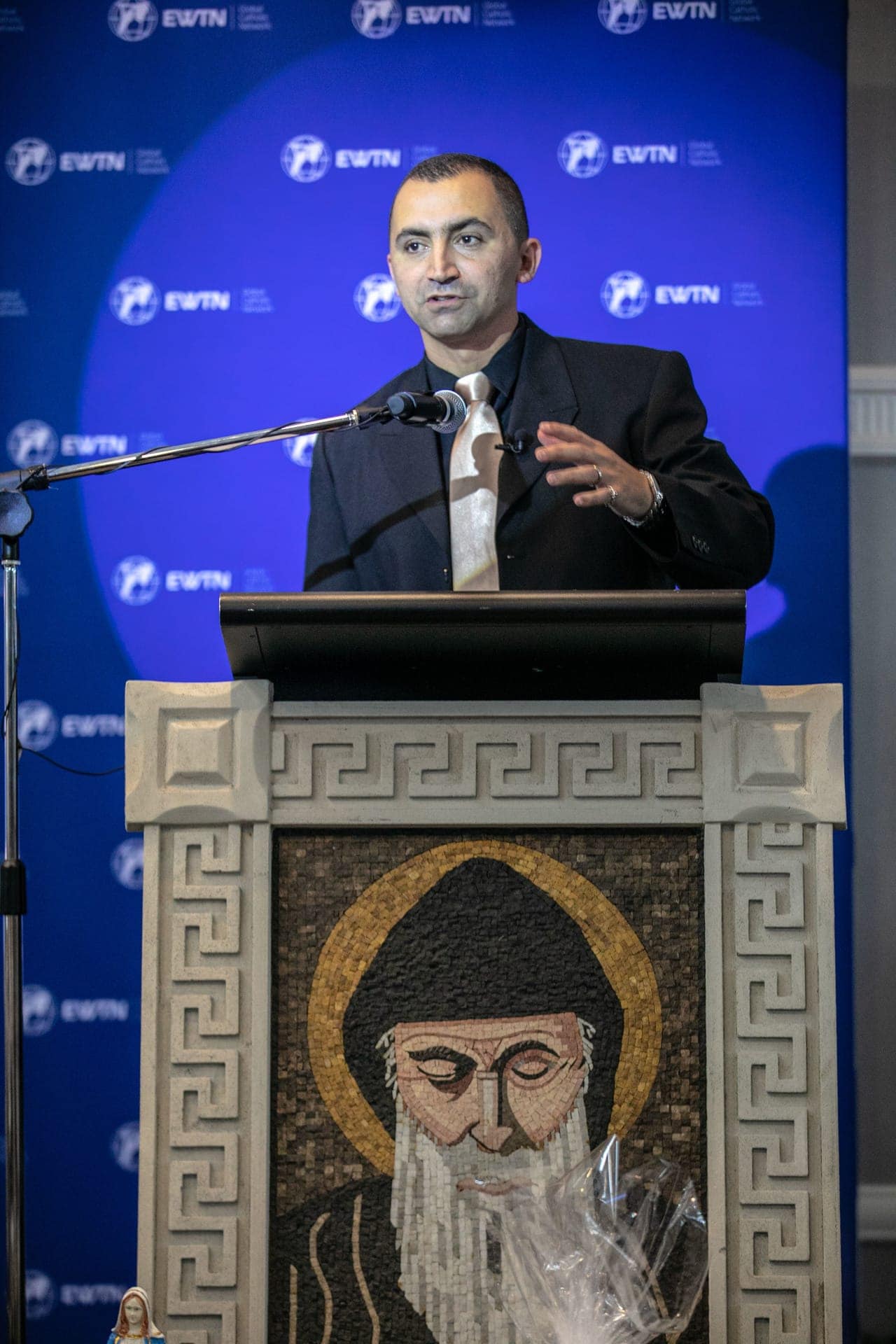 I also announced that Cradio has joined the Parousia family which is an Australian based online radio platform with over 3,000 podcasts.

I also announced the new blog series called ‘The Narrow Gate’ which is a weekly article written by a member of Parousia.

The other two announcements I made was the continutation of the Parousia Hour, the video podcast aired on the Voice of Charity network every Wednesday morning. We now have over 50 videos in a digital format available on our new digital platform, Parousia Media Watch Online, for as little as $10 per month.

Ian Smith spoke to the audience and gave them insight into the next chapter of our vision and mission.

Part of this next stage is a refresh in our name, rather than being known as Parousia Media, we will now be known as Parousia. With lots of prayer and discernment we realised the work we are involved in goes beyond media, such as our live events, conferences, retreats, seminars and other activities.

We have identified 3 areas of focus. 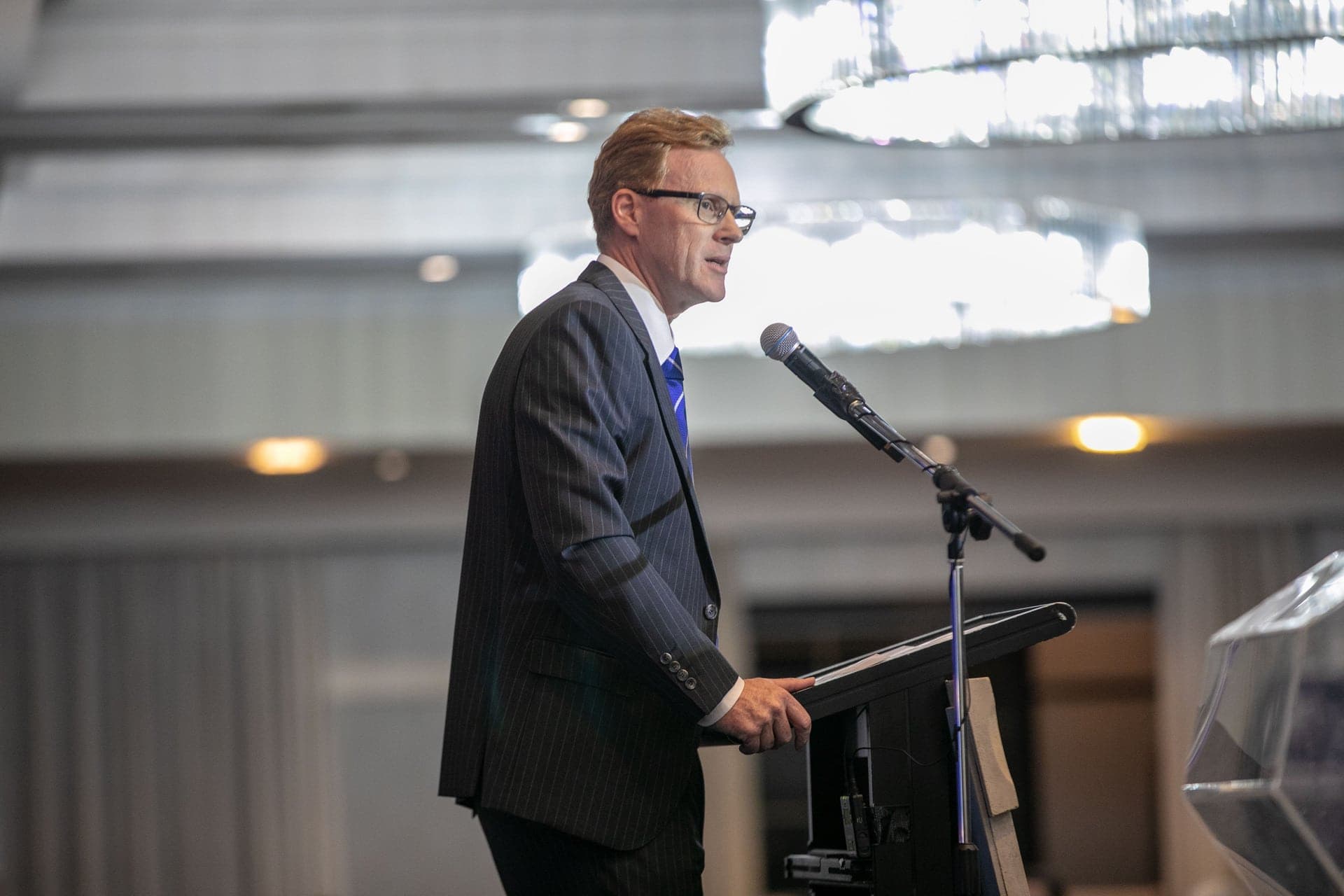 Firstly, Parousia Media, focusing on all of our resources in CD, DVD and book format as well as our website and social media platforms.

Second focus is on Parousia Live and this will be including our live events, study groups, the live radio show and Narrow Gate community.

The third and brand new focus for us is Parousia Parish, which involves a focus in supporting our priests and families. On August 4th, the feast of St John Vianney, we will be launching a national novena called Support Your Priest Sunday.

We understand that the sacraments cannot be given without our priests and so we must support and thank them for living out their much needed vocation. Without our priests, we don’t have the Mass and therefore no Eucharist!

We will be organising retreats and conferences specifically aimed at priests as well as family retreat days to strengthen our much needed domestic church. 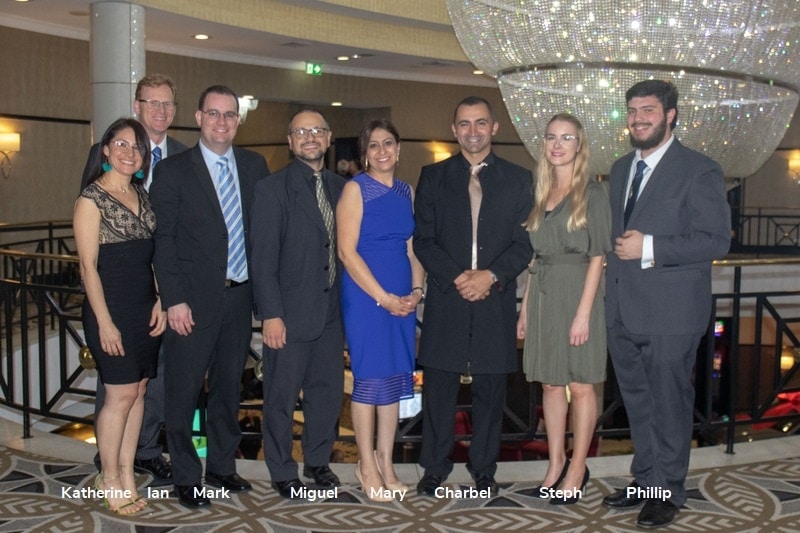 Last month, my wife Christine and I gave a talk at the National Australian Catholic Families Conference in Albury.

There were over 250 people in attendance from all over Australia. The topic we spoke on was called ‘Our Marriage, Our Children, Our Path to Heaven’. It was a testimony on our marriage and family life, sharing how we live day-to-day raising our 7 children.

There were many other speakers all over the country giving a range of talks aimed at the parents, teenagers and young children. It was a fantastic event to be a part of and we hope to see many more of these in the future.

Also while in Albury, Ian Smith and I had some meetings with various Catholic agencies. 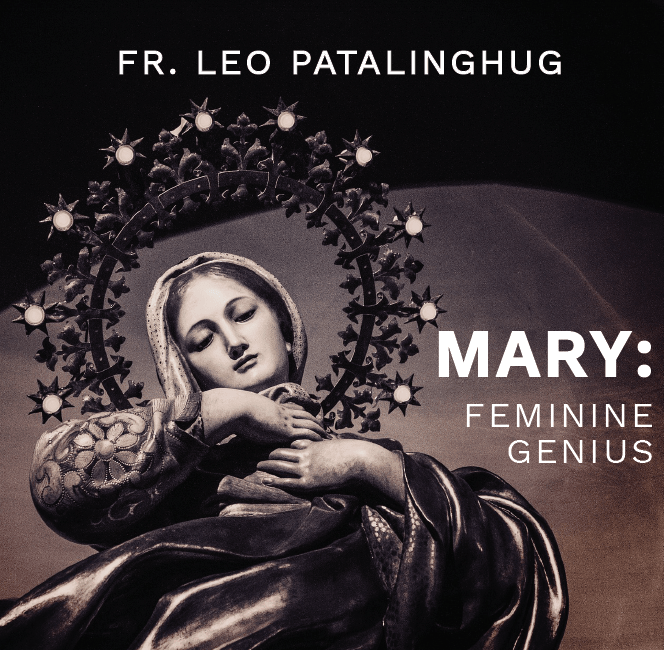 In this presentation, Fr Leo teaches that women are ‘God’s Geniuses’, but for them to understand their own genius, they need to understand how their femininity relates to masculinity.

Using Our Lady’s own relationship with God the Father as an example, Fr Leo demonstrates that femininity should not compete, but rather ‘complete’ masculinity. 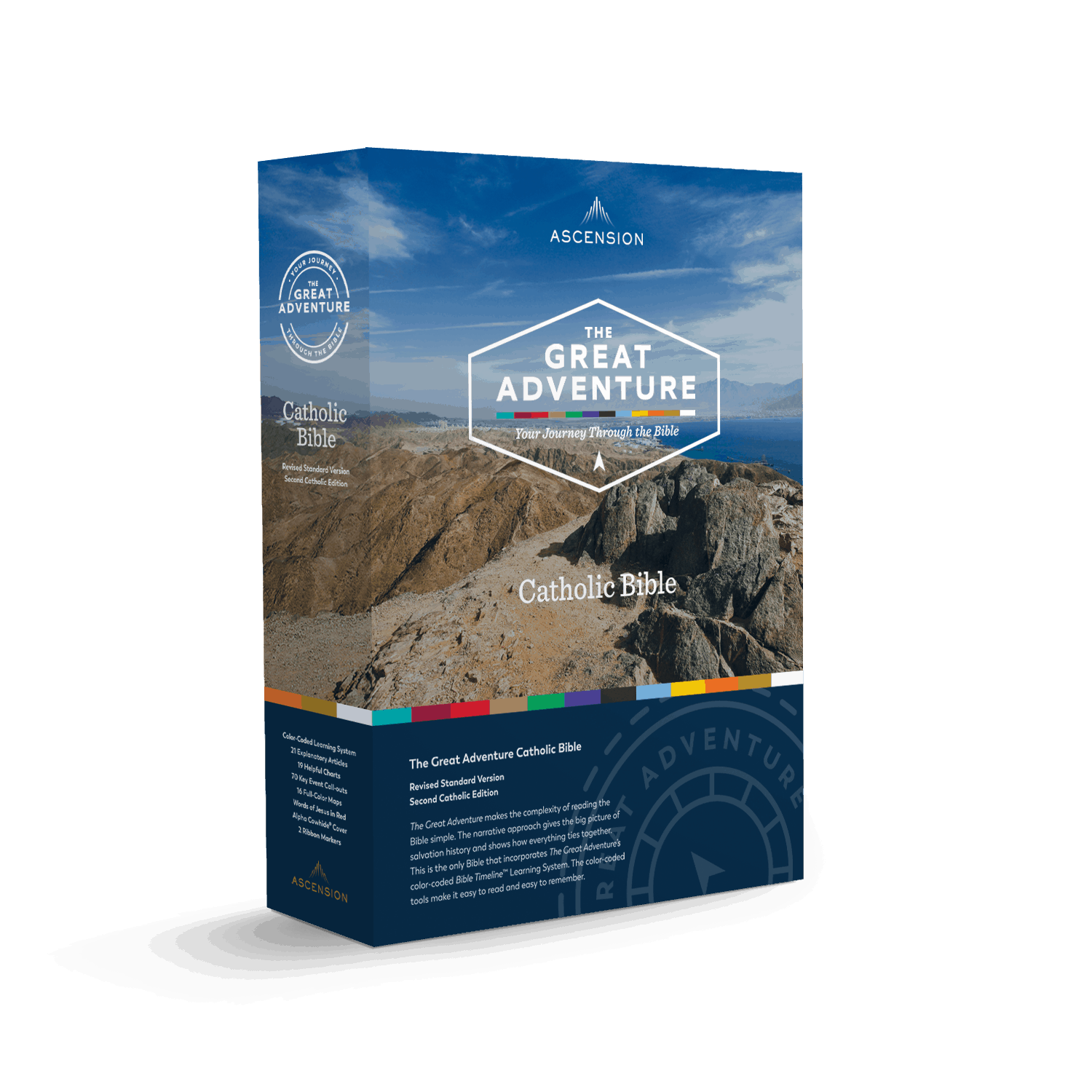 A Catholic Bible That Also Teaches You How to Read it.

Don’t just read the words of the Bible … understand them.

The Great Adventure Bible makes the complexity of reading the Bible simple. 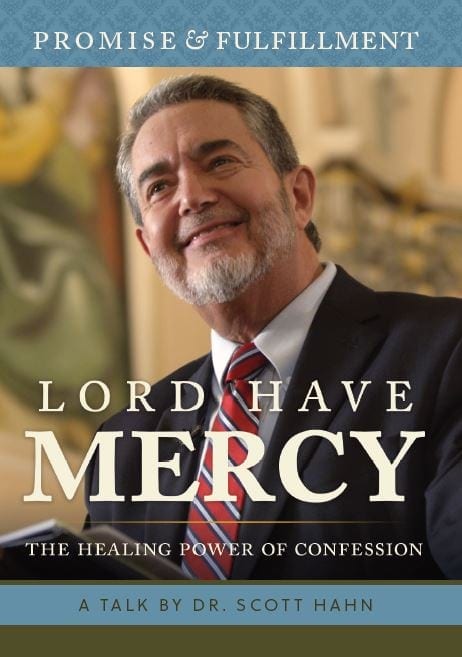 In Lord, Have Mercy, Scott Hahn explores the sacrament of reconciliation and shows why it is the key to growth in the spiritual life. Drawing on the history of ancient Israel, the Gospels, the writings of the early Church, and the lives of the saints, Hahn reveals the living, scriptural heart of the Church’s teachings on penance, forgiveness, and reconciliation.

It is a story that begins with the sin of Adam and Eve, continues in the biographies of Moses, King David, and the Apostle Peter, and reverberates in the lives of believers today. 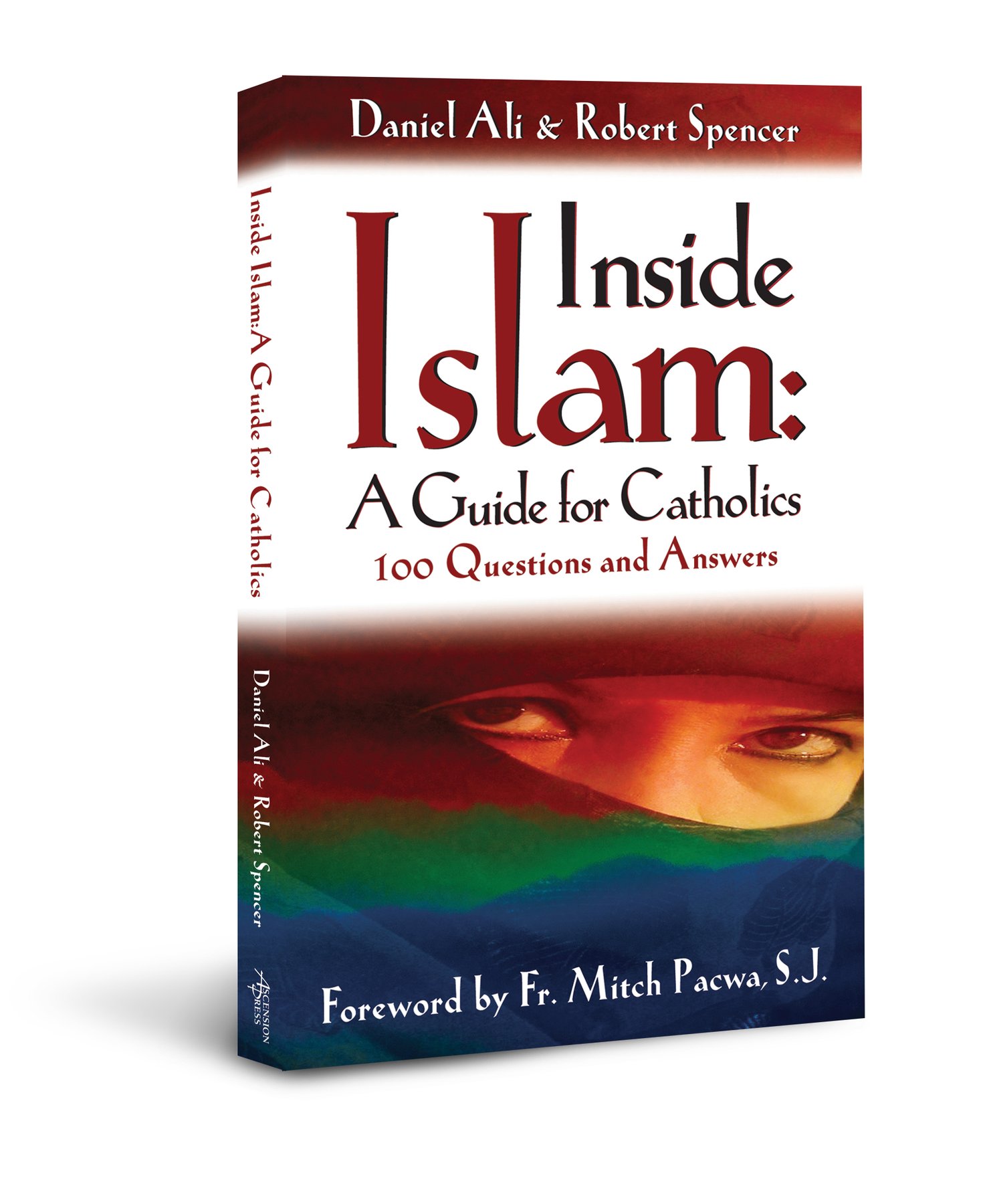 Inside Islam: A Guide for Catholics utilizes a popular question-and-answer format so that all Catholics—both the theological novice and the well-catechized—can learn the basics of Islam.

Co-authors Robert Spencer and Daniel Ali, a convert from Islam, give you a solid understanding of Islam’s unique teachings including:

– The Islamic view of God

– The role of Jesus in Islamic theology

– The role of women in Islam

Inside Islam is an essential resource for anyone who wants to know more about this historic religion from the Middle East. It will give you a better understanding of the issues discussed every day in the news. 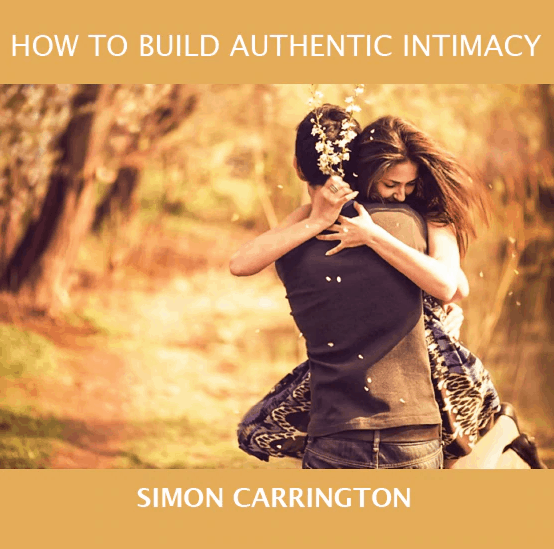 What is authentic intimacy? In this presentation, Simon powerfully presents the truth that nothing is as important or urgent as the relationships in our lives. Find out how to commit each day to building strong, intimate and deeply powerful relationships. 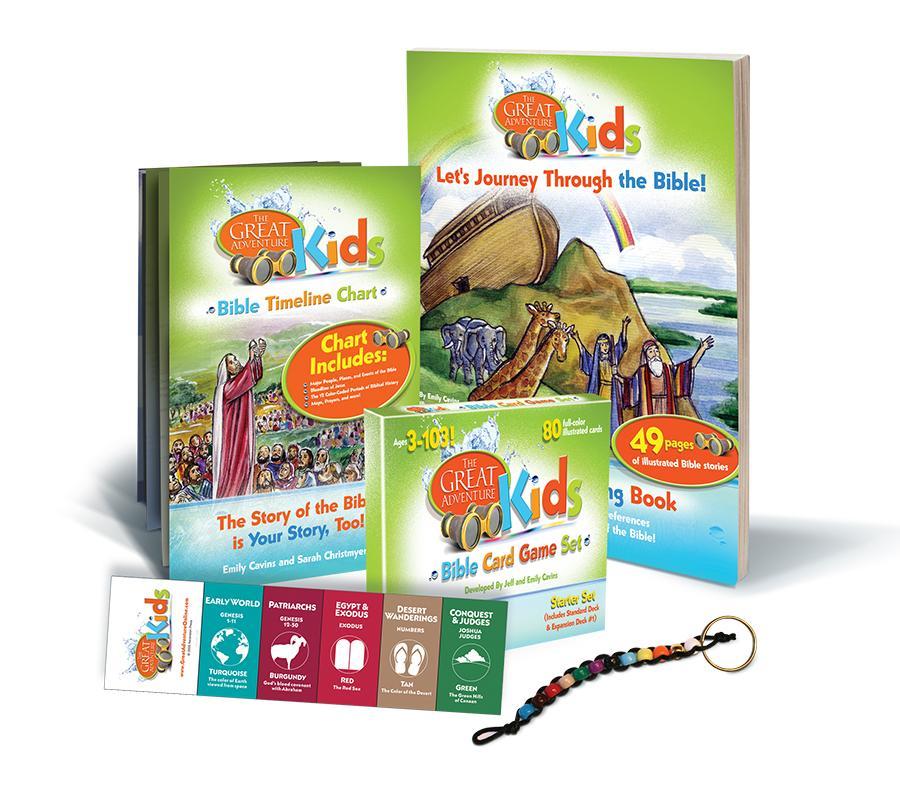 The five items included in this educational package (Chart, Game Set, Bible Story Coloring Book, Bookmark, and Prayer Beads) are based on the color-coded system of The Great Adventure and will aid in teaching children the narrative story of salvation history.

Through play, memorization, prayer, and interaction, these learning tools bring familiar Bible stories into a system where children can relate them to their own life. 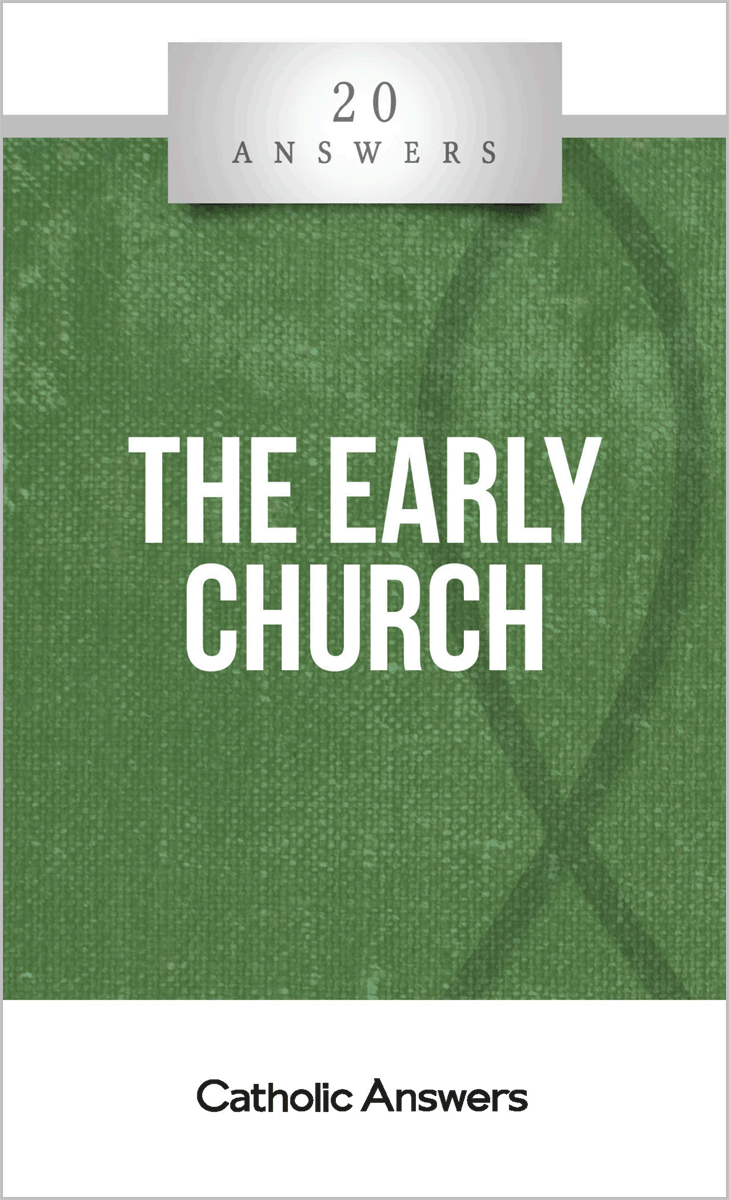 As Catholics we can’t truly know who we are without knowing where we came from—those earliest Christians who, succeeding Jesus and the apostles, codified and built upon the teachings they inherited.

20 Answers: The Early Church reveals the legacy of our forefathers in the Faith, showing how they lived and what they believed. And perhaps most importantly, how the Church they governed, guarded, and preached was the same Church that Jesus founded and the same Church that we have inherited almost two millennia later. 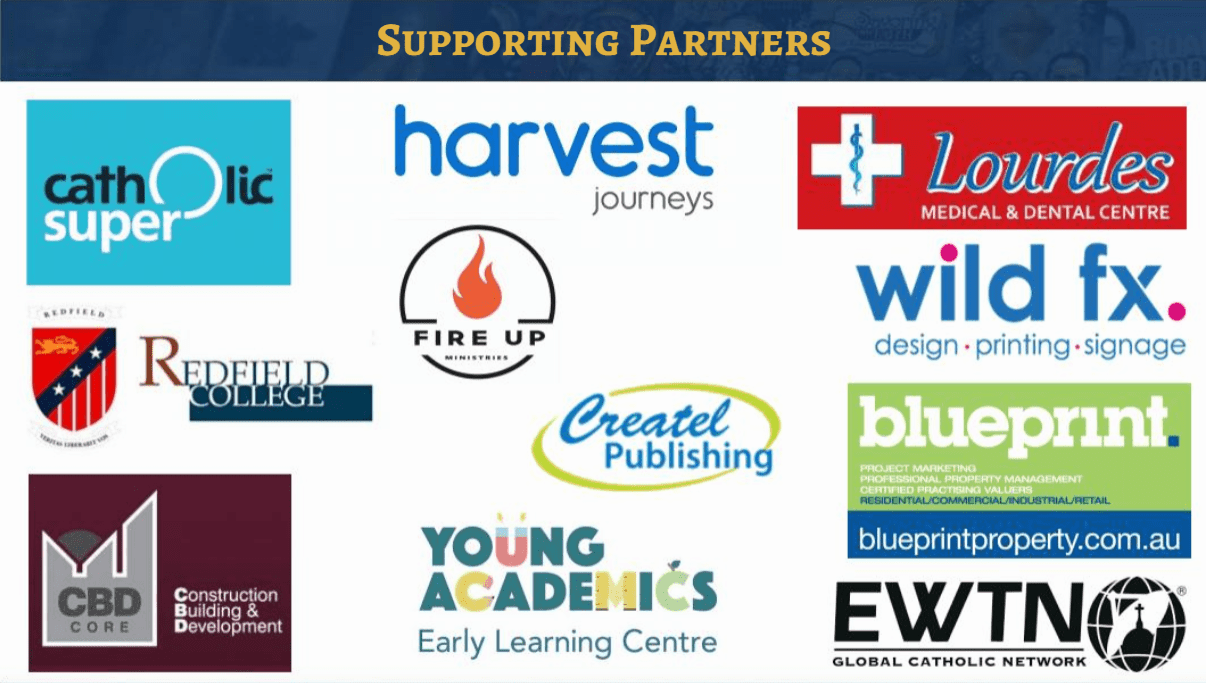