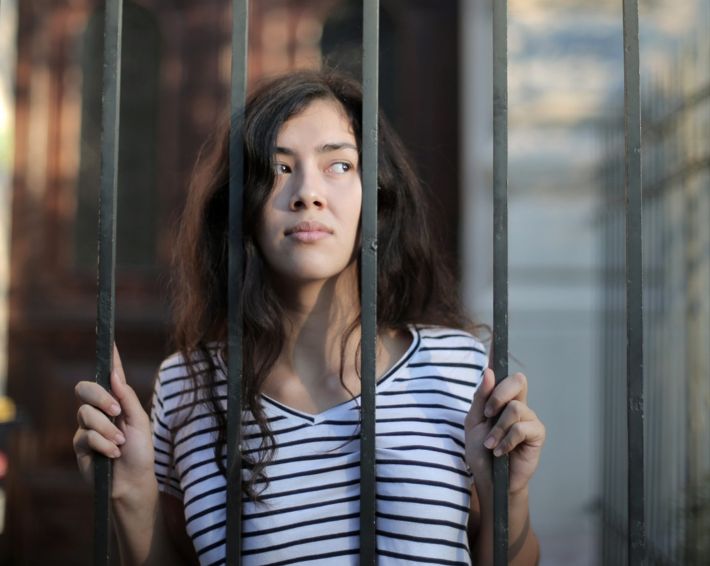 This article first appeared at: tobet.org

Recently, in my sixth decade, I moved cross-country to begin a second master’s degree program. It certainly wasn’t my idea (but God’s!) to uproot my flourishing life, filled with the warmth, sunshine, and outdoor activities in Phoenix and sequester myself in study mode in Ohio. While the opportunity to study St. John Paul II’s Theology of the Body (TOB) anew is an incredible gift, many of the lessons I’m learning aren’t of the intellectual kind, but of the human kind – like learning to live within limits.

I don’t know about you, but I’m not a particular fan of limits. My strong preference would be to sleep 5 hours a night, eat any food I like, and remember everything I read the first time around. I find these bodily limits annoying and, at times, incredibly restrictive as they impede my goals and comfort. Ugh! If only I could live life without these limits!

But then I bumped again into the story of Original Sin in Genesis 3, and I am reminded of what happened “in the beginning.”

Adam and Eve grasped the fruit of the tree of the knowledge of good and evil in an attempt to surpass their natural limits. The result was not intoxicating happiness but a deep and profound loss of Love.

They disobeyed God’s command because they wanted to take the destiny of their life into their own hands. While the original sin certainly contained an element of pride, there’s another aspect that needs equal airtime – it was also a defect of love (a point brought home to me by my professor, Dr. Michael Waldstein, author of the definitive English translation of TOB).

In the Theology of the Body, St. John Paul II beautifully reflects on Adam and Eve’s original relationship with God and each other. Their original nakedness without shame is an expression of total transparency, a sense of being fully received by each other and God. There was nothing to hide because God’s goodness, the goodness of each other and their masculine and feminine bodies, and the goodness of creation was present to their awareness at every moment. An excellent word to capture their original experience is “entrustment.”

Can you think of a time you were willing to entrust yourself to another? In high school in the 70s, a popular aspect of spiritual retreats was a “trust walk.” The retreatant (me) was blindfolded and then led around outside by another person. At the end, the blindfolded person was invited to fall backward without knowing what would happen. Talk about entrustment!

Although Adam and Eve were not blindfolded, they still had to entrust themselves to God, each other, and the goodness of creation at every moment, and not eating from the tree of the knowledge of good and evil was part of that entrustment. Or, put another way, it was part of experiencing the limits of their humanity as very, very good.

Embracing human limitations as very good is considered deeply offensive, even “heretical,” by our technological culture that constantly seeks to surpass the limits of our humanity.

And yet, what would happen if we tried to dissolve other natural limits, such as the “limit” of our skin? You would literally be unable to “hang together.”

Your blood, organs, and food would be one grand disorder. Or what if we considered the limit of not running 70 mph like a cheetah or flying like an eagle as deeply offensive to human happiness? We would be robbed of the very human (and not animal) pace of life and dependence that facilitates moment-to-moment human encounters and interpersonal relationships. We must entrust ourselves to one another rather than run away from each other.

And this brings us back to the Garden. Adam and Eve’s trust walk faltered as they doubted the goodness of God and the goodness of their human nature with its limitations. Instead, they choose to take things into their own hands. In Theology of the Body audience 26:4, St. John Paul II wrote,

This motivation [of wanting to become gods without limitations] implies casting doubt on the Gift and on Love, from which creation takes its origin as a gift.

Instead of receiving everything as a gift, including their limitations, Adam and Eve let the love of the Father die in their hearts. As a result, they felt alienated not only from God but from each other and their bodies. Submission to God, each other, and their bodies – in fact, any limitation – became a threat instead of an invitation to love and self-gift.

Sadly, the same story repeats itself down to our day. We’re constantly being told our happiness depends on throwing off the shackles of religion (the “opiate of the people”), overturning any kind of power or authority structure (critical race theory), and expanding the horizon of sexual self-expression (gender fluidity) to regain a fully liberated freedom of choice.

I hope we can unmask this cultural promise of utopia for what it is – a defect of love. It is the refusal to entrust ourselves to God, each other, and the goodness of creation precisely through the limitations of our human nature. As I study with twenty-something, energetic classmates, I don’t need a super-processor chip in my brain; I need to joyfully be willing to stay home on Friday and Saturday nights to complete my homework. I don’t need to run faster and fly away; I need to be present to the young women the Lord is sending my way for their healing and mentoring. I don’t need a life without limits; I need to entrust myself to life within limits that is indeed very good and overflowing with Love. 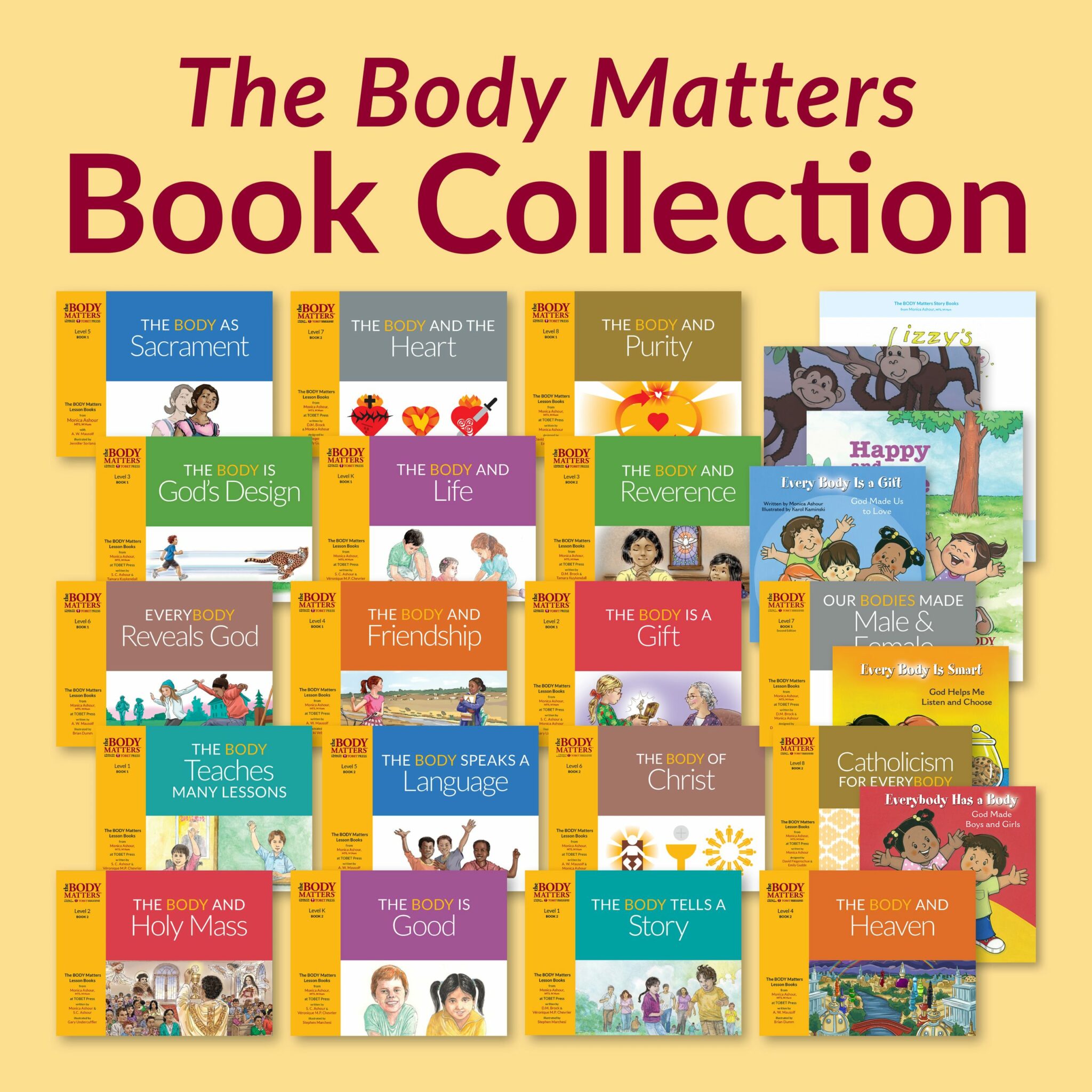 Especially today, when children are being presented with false notions of the body, identity, and gender, The Body Matters program, along with its Parent Guides, is a helpful tool to help navigate important concepts in an easy-to-understand, age-appropriate way.

The Theology of the Body is a positive, beautiful approach to the truth of the body and its meaning. In a culture where the body is considered “an enemy to freedom,” Saint John Paul’s Theology of the Body is necessary more than ever. The Body Matters lesson books series teaches the truths about the body in an accessible, age-appropriate way. It is a great resource for parents, Faith Formation programs and Catholic schools to help children see the sacredness of the body. Here you can find Saint John Paul’s teachings on the body rendered in language accessible to children, with beautiful illustrations, practical examples, and solid Catholic theology.

Katrina J. Zeno, MTS, is an international speaker, retreat leader, and author dedicated to the legacy of St. John Paul II. Her expansive list of talks include the genius of women, the distinctive gift of men, the single life, marriage and marriage prep, pro-life topics, the New Evangelization, Argentine tango and the spiritual life, and, of course, “Theology of the Body for Everyone” including grade school, high school, young adults, parents, catechists, clergy, and senior citizens!