Lent is now here and the amount of work happening has been non-stop.

There is so much happening across the Church in Australia. Seeing the news headlines we are in a dark time as far as the Church is concerned. This is not a time for us to give up hope or lose faith in Christ but to storm heaven with prayers and make sure we ourselves are good examples of the Gospel.

It is very unfortunate about what has happened with Cardinal Pell. 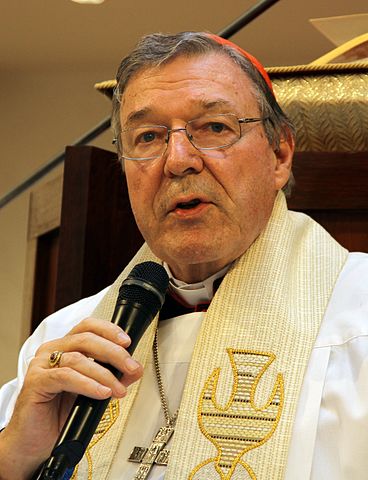 I ask you to keep him in your prayers and pray that justice is served. We await the appeal and will see what happens with that. We are also praying for our media, that their reporting may be accurate.

It is important for us to pray for all victims who have been abused, that they may have healing and peace to be able to overcome this tragedy. Admittedly the Church has fallen short when it comes to dealing with this scandal, so there is much more to be done.

The quicker we as a Church can face these problems the quicker we can all heal from this. At the same time we cannot stop evangelising when the world is in such desperate need of it! I strongly encourage you to live out your faith now more than ever before.

Parousia has been busy organising talks at different parishes and study groups across the country. We continue to put out new videos and articles online but there is still more we can do.

Raymond De Souza was passing through Sydney this month as he was giving a keynote address at a Pro-Life conference in New Zealand the same week. 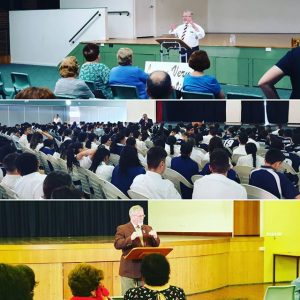 Raymond spoke at St Jerome’s in Punchbowl on the topic ‘The Culture of Death’ and also the next night at St Michael’s in Belfield on the topic ‘Women Priests: Why Not?’ Both talks were very well received and he was as captivating as ever.

He also gave a talk to over 300 high school students at St Charbel’s College in Punchbowl. Raymond gave some great tips and pointers in his talk ‘How to Defend the Faith’. Don’t forget that his full range of products is up on our website at Parousia!

He has a large range of CDs, DVDs, MP3 and MP4 resources. I would recommend his online apologetics course. Module 1 is up now and is called ‘Apologetics and Catholic Doctrine: The Foundations of the Faith’.

Each week we have been uploading a new blog post as part of the Narrow Gate Series. This month we have had a Lenten theme.

Last week I had my blog on Ash Wednesday describing how it is a time for renewal in our faith. 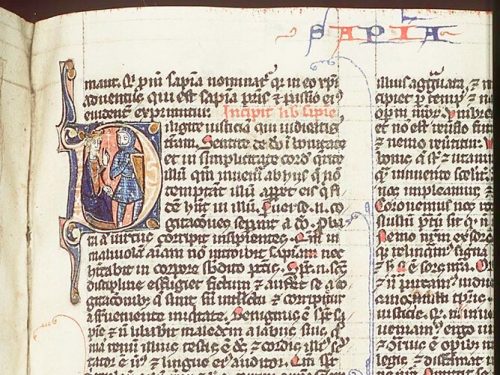 Ian’s blog about Lenten Meditations from Ecclesiasticus is also up.

Please keep an eye out for these weekly blogs so that you can remain a part of the continuous conversation. We welcome any feedback or suggestions you may have on the blog with regards to things you would like to see or ways in which we can improve.

Attention to all men! RISE is on again and if you missed out last time here is your chance to do the 30 day challenge online.

It is only $44 and involves watching five minute videos each day that challenge you spiritually and help you grow. 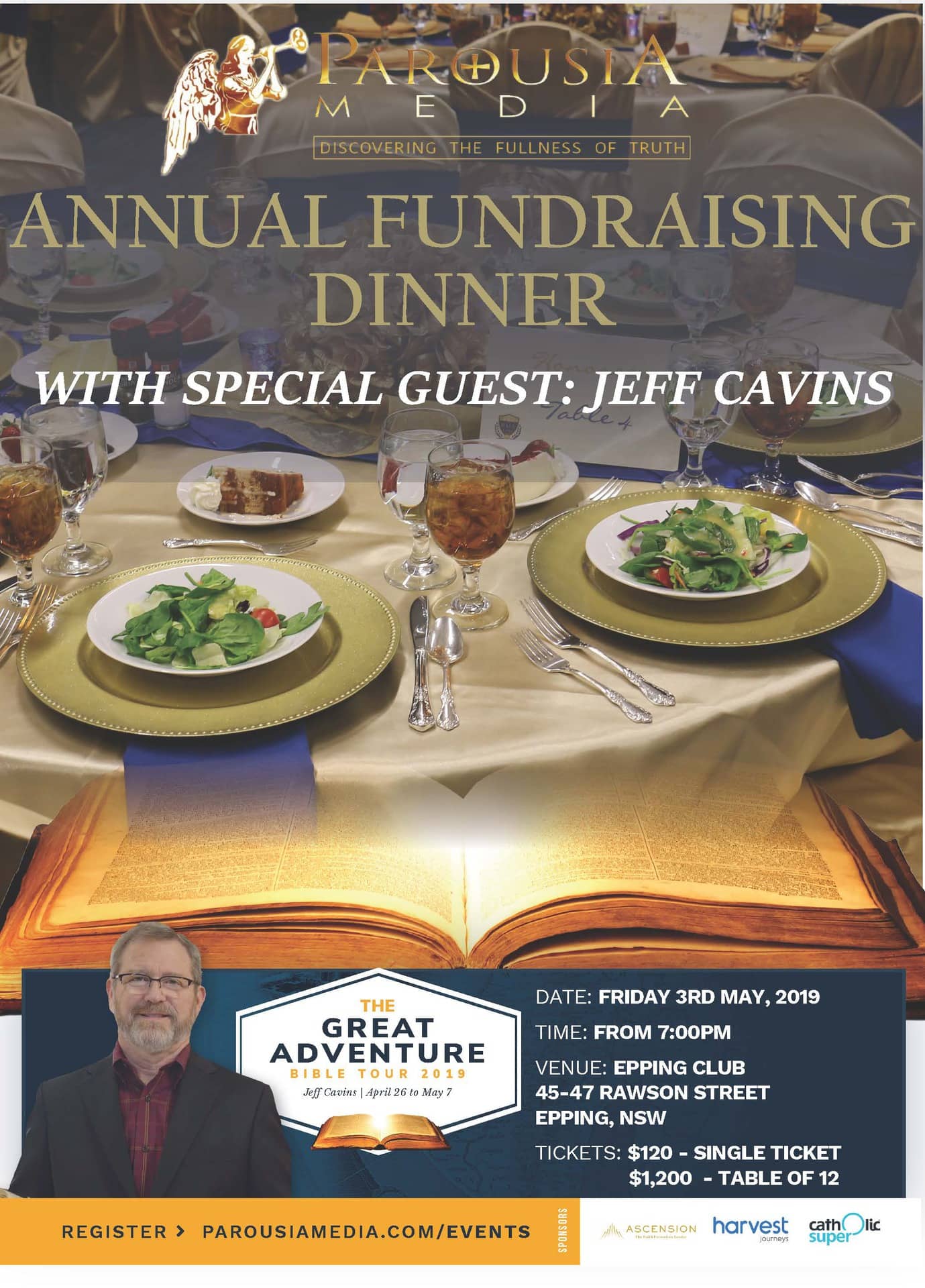 The tickets for the Parousia Media fundraiser are now available! The date is Friday, the 3rd of May and the venue is the Epping Club.

Our guest this year is Jeff Cavins who will also be joined by his wife Emily. The evening starts at 7pm and will include a keynote address from Jeff himself.

I will share some exciting new developments and highlight some of the major achievements. We will be making a special announcement on the night so I hope you can be there to hear it!

Tickets are $120 for a single seat which includes a three course meal, unlimited beer, wine and soft drinks. You can also get a table of 12 for $1,200 which is a saving of $240, meaning you can get two free seats per table.

It will be an amazing evening so make sure not to miss out on this opportunity.

Also this month, the Guardians faith formation group was back and I was invited to assist in organising the speakers. The first speaker was Fr John Rizzo who spoke on the topic ‘The World, the Flesh and the Devil’.

Almost 200 young adults came to hear about this powerful topic. Confessions were heard afterwards and many great questions were asked.

St Charbel’s Church will be hosting Guardians every second Wednesday at 8pm and we will keep you up to date with some of the major speakers that will be speaking there.

The next speaker is Fr Christopher Sharah on the topic of the Passion of Christ.

Also at St Charbel’s, the bible studies have started and I was privileged enough to assist in kick starting the first lesson. Over 50 adults were there with so much enthusiasm. The program is ‘Unlocking the Mystery of the Bible‘ by Jeff Cavins which includes a 30 minute video followed by discussion questions.

Jeff Cavins will be on tour from the 26th of April to the 7th of May so I hope you can make one of those events. He will be in Perth, Melbourne, Sydney and Brisbane before going to Manila in 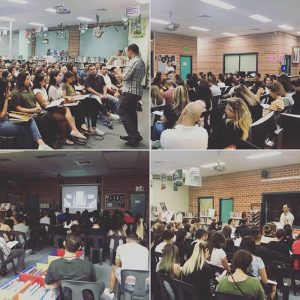 the Philippines. Please pray for the success of his visit and may it ignite a new spark of faith to all who attend.

I pray you are having a blessed Lent and wish you the very best as we continue on this spiritual journey of renewal.

I also ask for your prayers that Parousia Media can continue to expand and reach more souls in the most effective ways.

May God Bless you and your family

CD of the Month: The Non-Negotiables: Inform Yourself on Society’s Toughest Moral Issues

Would you like a concise explanation of where the Church stands on some of today’s most important, non-negotiable moral issues?

– Why the Church teaches as it does about these some of these issues;

– Why the Church’s teachings are binding on all Catholics;

– Why these issues are “black-and-white” and unchangeable;

– Why it’s a serious sin to vote contrary to the moral teaching of the Church on these issues;

– Why these issues trump others—even important ones—when it comes to voting.

This talk is sure to bring you up to speed on Church teaching about crucial political and moral issues. 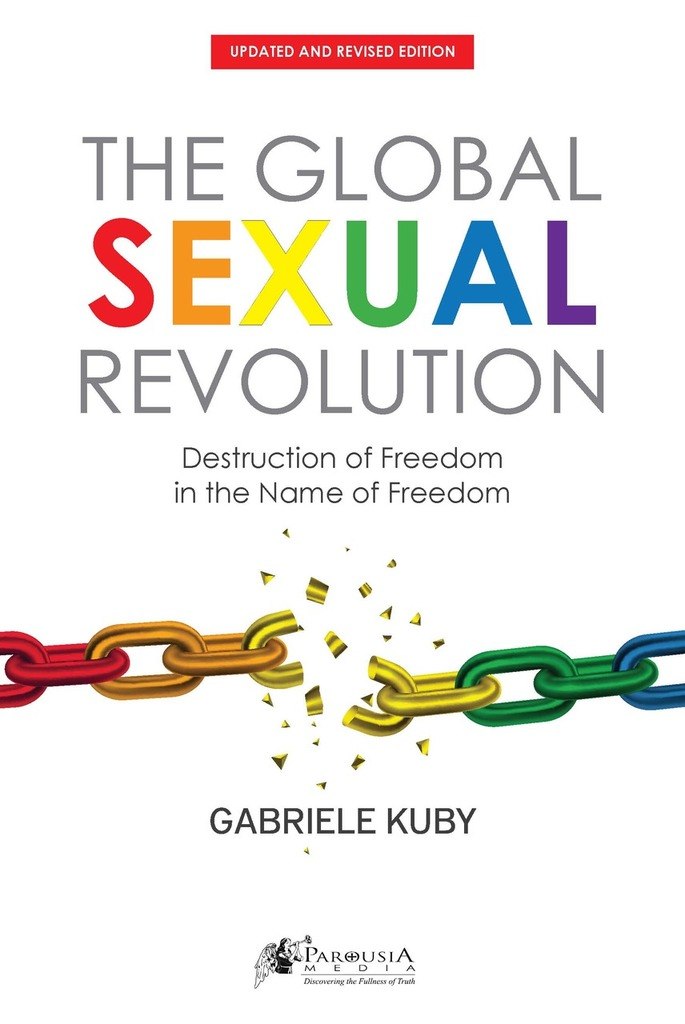 The core of the global cultural revolution is the deliberate confusion of sexual norms. It is the culmination of a metaphysical revolution as well – a shifting of the fundamental ground upon which we stand and build a culture, even a civilization. Instead of desire being subjected to natural, social, moral, and transcendent orders, the identity of man and woman is dissolved, and free rein given to the maximum fulfillment of polymorphous urges, with no ultimate purpose or meaning.

Gabriele Kuby surveys gender ideology and LGBT demands, the devastating effects of pornography and sex-education, attacks on freedom of speech and religion, the corruption of language, and much more.

From the movement’s trailblazers to the post-Obergefell landscape, she documents in meticulous detail how the tentacles of a budding totalitarian regime are slowly gripping the world in an insidious stranglehold.

Here on full display are the re-education techniques of the new permanent revolution, which has migrated from politics and economics to sex. Kuby’s courageous work is a call to action for all well-meaning people to redouble their efforts to preserve freedom of religion, freedom of speech, and in particular the freedom of parents to educate their children according to their own beliefs, so that the family may endure as the foundation upon which any healthy society is built. 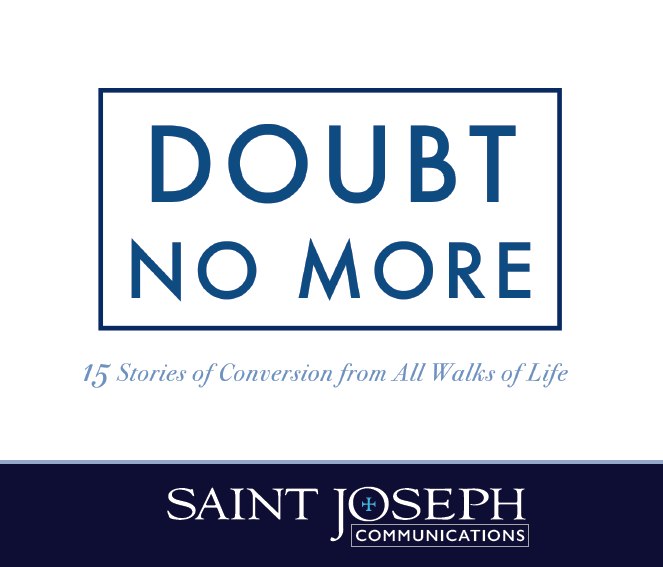 Doubt No More: 15 Stories of Conversion from All Walks of Life (15 CD Set)

Discover how these converts found peace and truth in the Catholic Church. The courageous, inspiring stories of these fifteen people will deepen your understanding and renew your appreciation of the Catholic Faith. 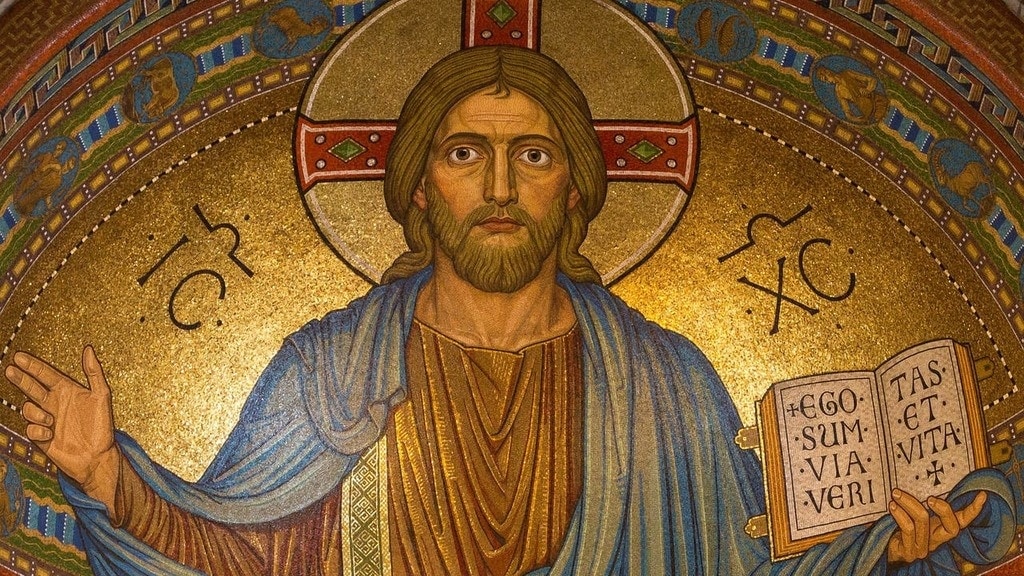 Who is the Greatest? Jesus in the eyes of Islam – Fr Mitch Pacwa (Digital Video Download/MP4)

Filmed at Saint Charbel’s Church in Punchbowl, Sydney, before a crowd of almost one thousand people, Father Pacwa highlights the deep flaws in the Muslim understanding of Jesus and answers genuine questions from Muslim members of the audience. 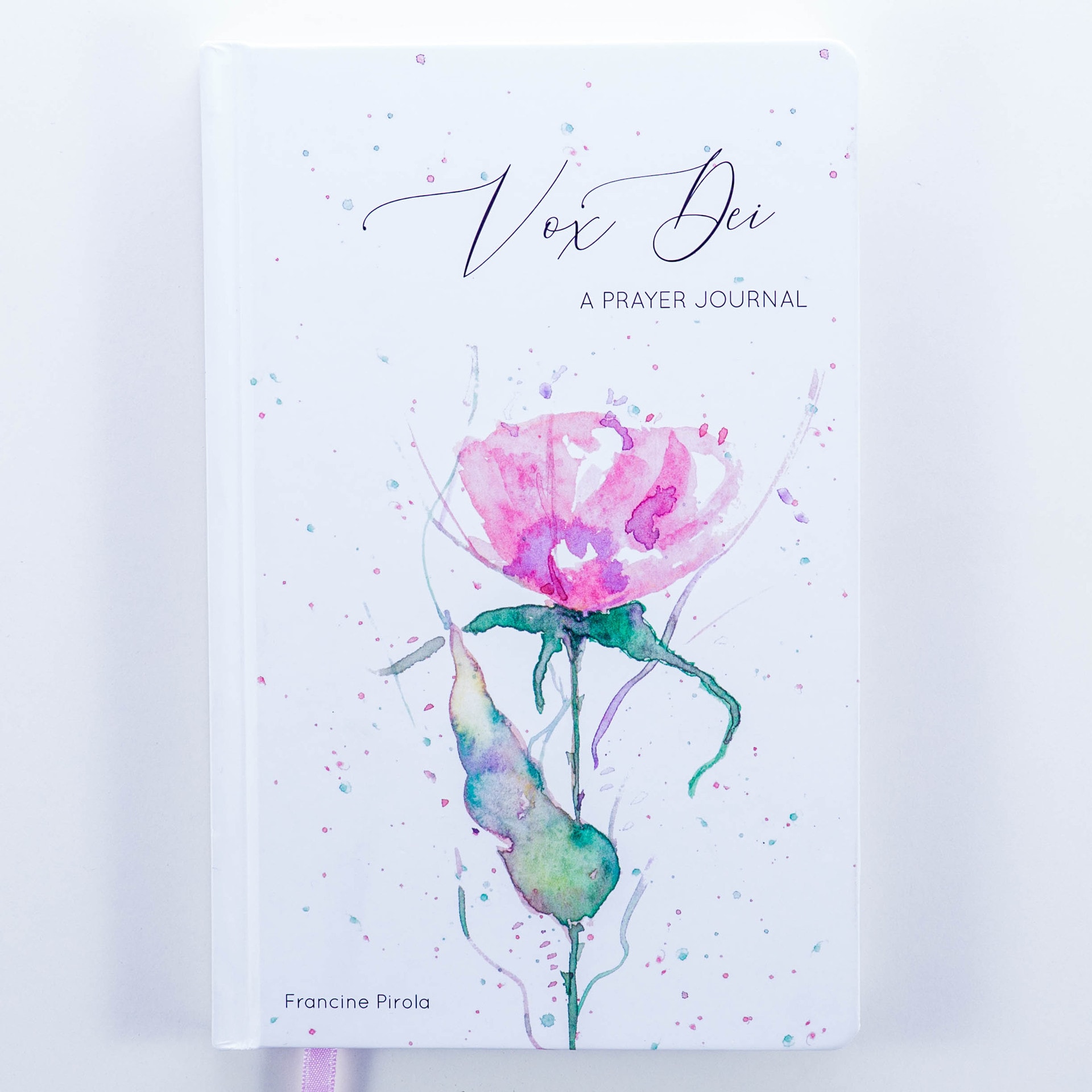 A lot of people wonder why God was so vocal in biblical times but now seems so silent.

God is not silent.

God’s voice is just as chatty today as it was in biblical times and many modern-day Christians can attest to the voice of God in their lives.

God speaks to us.

God speaks to us every day, every hour.

The question is not whether God speaks … it’s whether we are listening. It really comes down to whether we can find the ‘pause’ in our busy schedules to wait in stillness for God’s voice to manifest in our awareness.

This journal is designed to make growing in your relationship with God more productive and enjoyable. It aims to help you create the conditions where God’s voice in your life is more evident to you.

I pray this journal will be a fruitful tool for you to discover the voice of God in your life – may it capture your attention and lead you deeper into the divine mystery. 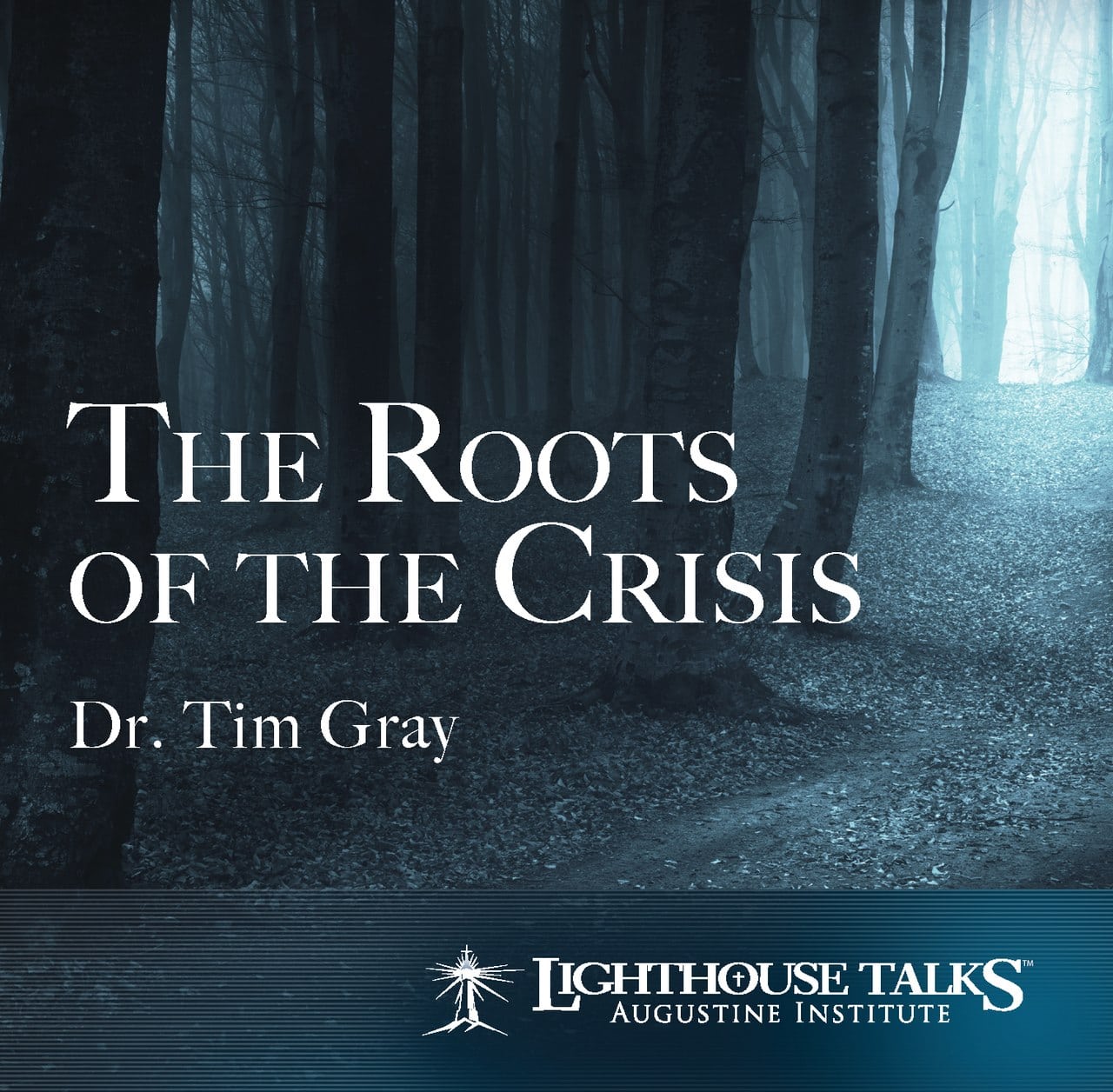 The clergy sexual abuse scandals have rocked the Catholic Church and caused a crisis of faith (and of evangelization) for many. When facing such a daunting and terrible crisis, it can be difficult to find the right way forward.

In this talk, Dr. Tim Gray explains with conviction and insight that to make any real and lasting change, we must keep faith, and look closely at the deep roots behind this crisis. Times of great scandal and corruption in the Church can be followed by times of even greater renewal and revival, if faithful men and women will enter the constructive conflict that truth requires.

I’m Not Being Fed: Discovering the Food that Satisfies the Soul

The Greatest Story Ever Told

The Activated Disciple: Taking Your Faith to the Next Level 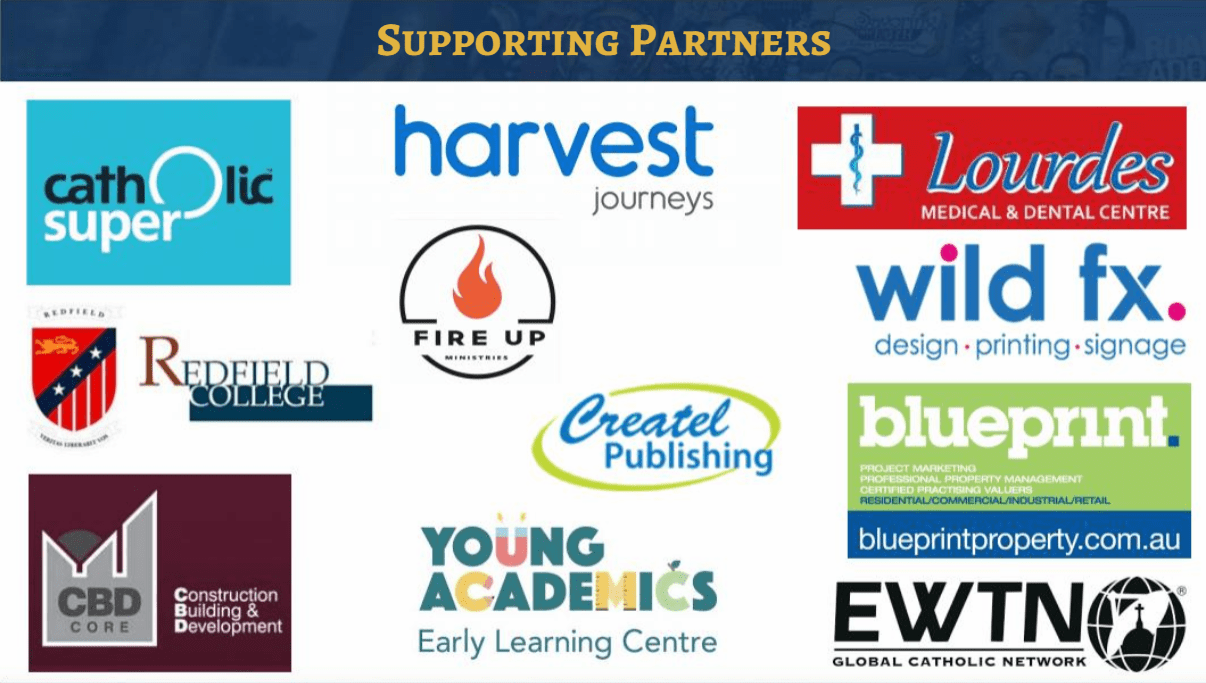 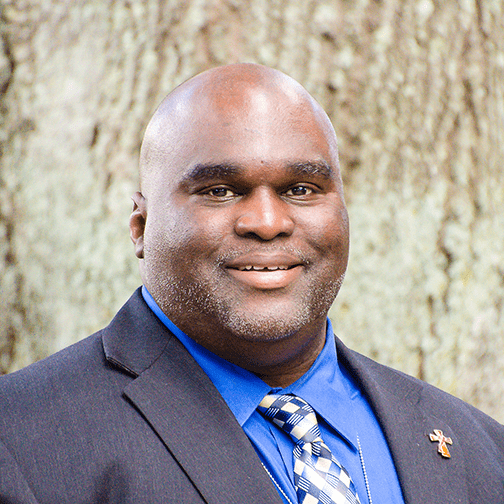 Deacon Harold Burke-Sivers is one of the most sought-after speakers in the Church today. He is a powerful and passionate evangelist and preacher whose no-nonsense approach to living and proclaiming the Catholic faith is sure to challenge and inspire those who hear him.https://www.parousiamedia.com/deacon-harold-burke-sivers/