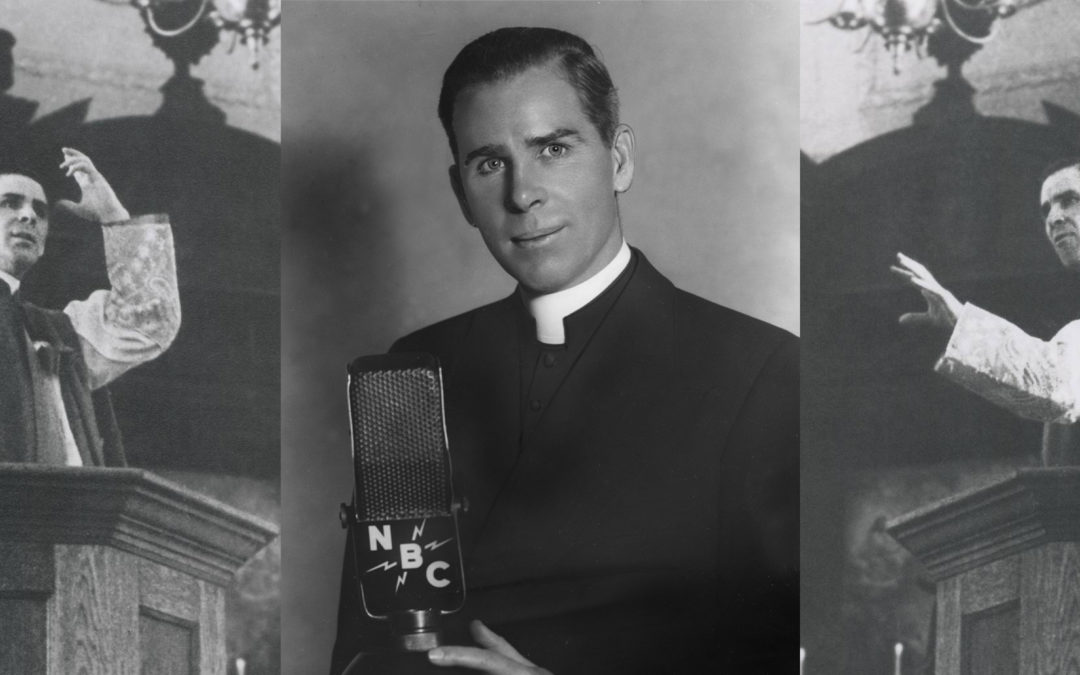 Bishop Sheen, Who Are You?

Venerable Fulton John Sheen (born Peter John Sheen, May 8, 1895 – December 9, 1979) was an American archbishop of the Roman Catholic Church known for his preaching and especially his work on television and radio. His cause for canonization for sainthood was officially opened in 2002. In June 2012, Pope Benedict XVI officially recognized a decree from the Congregation for the Causes of Saints stating that he lived a life of “heroic virtues” – a major step towards beatification – so he is now referred to as “Venerable”. 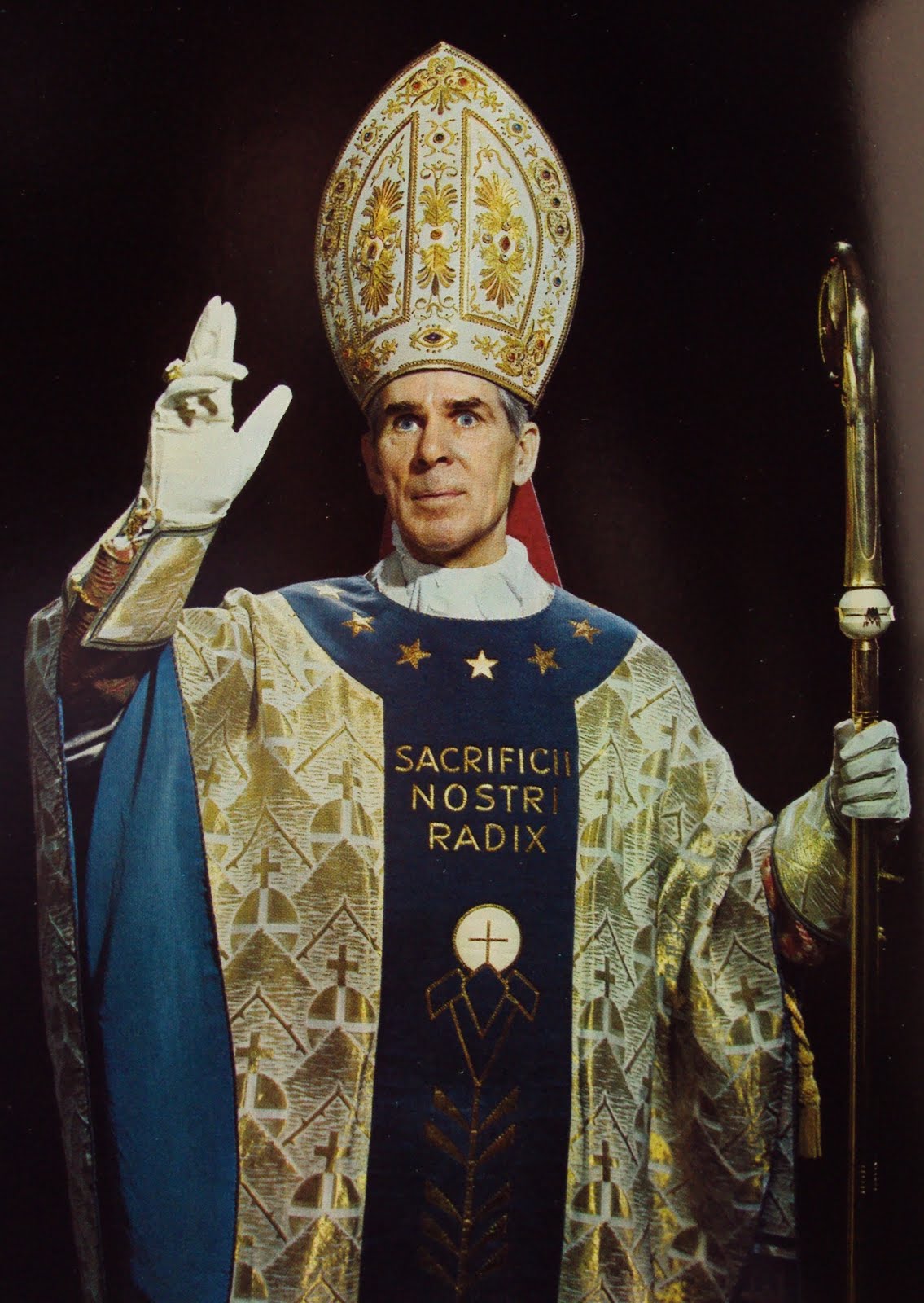 Ordained a priest of the Diocese of Peoria in 1919, Sheen quickly became a renowned theologian, earning the Cardinal Mercier Prize for International Philosophy in 1923. He went on to teach theology and philosophy as well as acting as a parish priest before being appointed Auxiliary Bishop of the Archdiocese of New York in 1951. He held this position until 1966 when he was made the Bishop of Rochester from October 21 to October 6, 1969, when he resigned and was made the Archbishop of the Titular See of Newport, Wales. 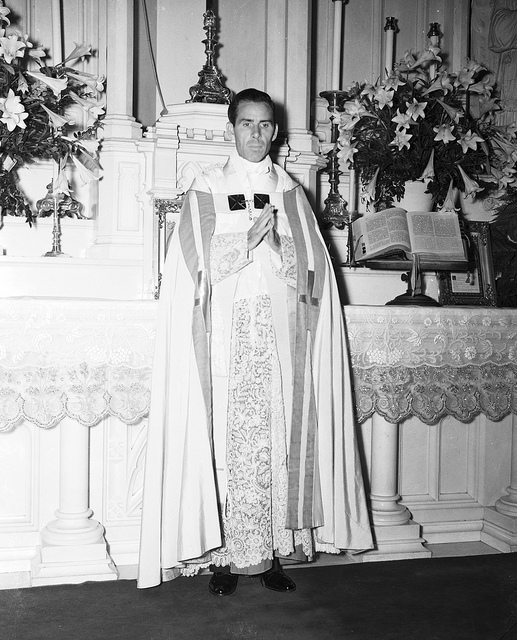 Sheen’s final presenting role was on the syndicated The Fulton Sheen Program (1961–1968) with a format very similar to that of the earlier Life is Worth Living show. For this work, Sheen twice won an Emmy Award for Most Outstanding Television Personality, the only personality appearing on the DuMont Network ever to win a major Emmy award. Starting in 2009, his shows were being re-broadcast on the EWTN and the Trinity Broadcasting Network’s Church Channel cable networks. Due to his contribution to televised preaching Sheen is often referred to as one of the first televangelists. 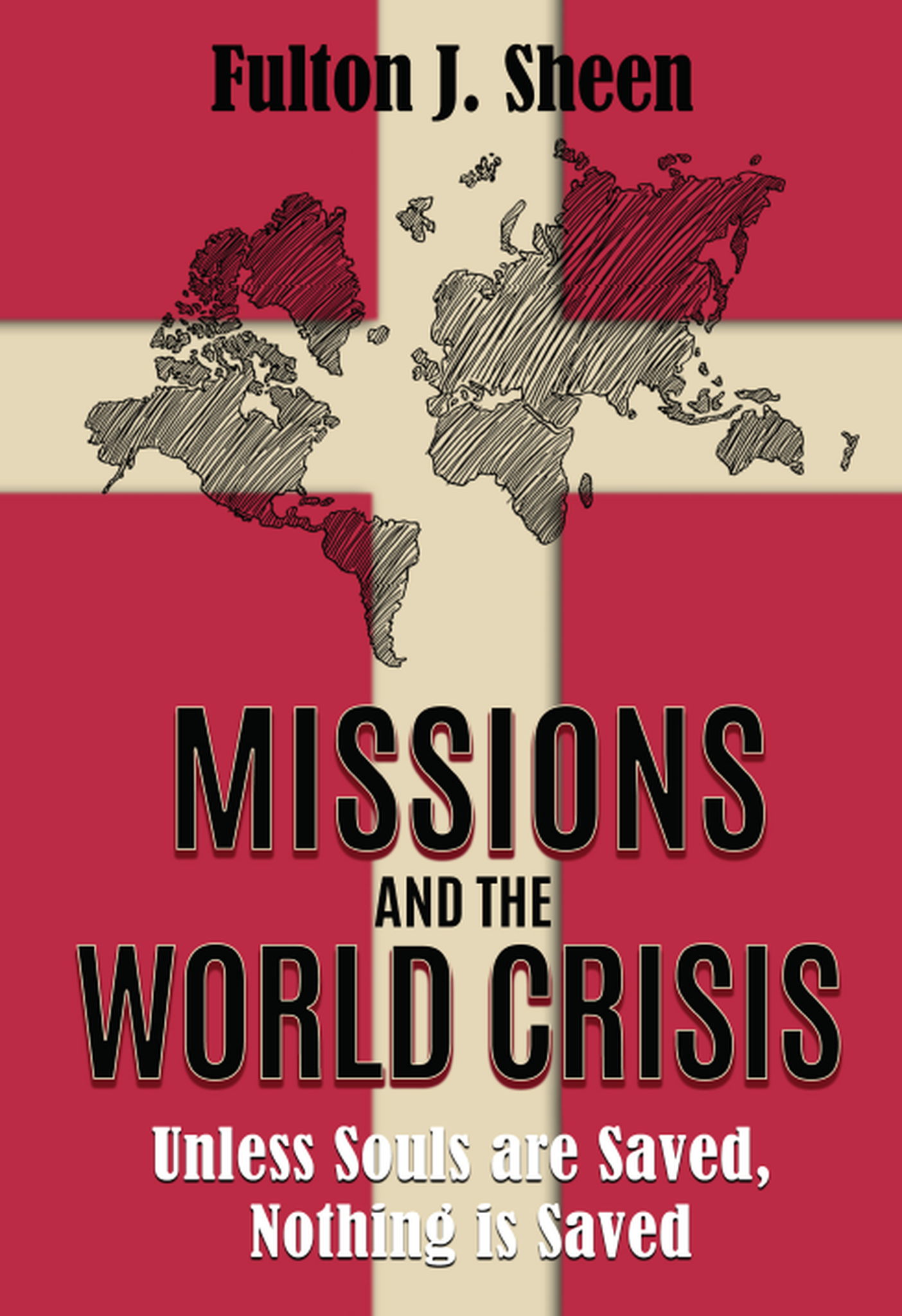 Unless Souls are Saved, Nothing is Saved

Archbishop Fulton J. Sheen was a man for all seasons. Over his lifetime, he spent himself for souls, transforming lives with the clear teaching of the truths of Christ and His Church through his books, his radio addresses, his lectures, his television series, and his many newspaper columns.

Many will say that Missions and the World Crisis is one of Archbishop Sheen’s most important books. Even though it was written over sixty years ago, it is still the most timely, informative, reliable, and dynamic treatment of a critical topic available today. 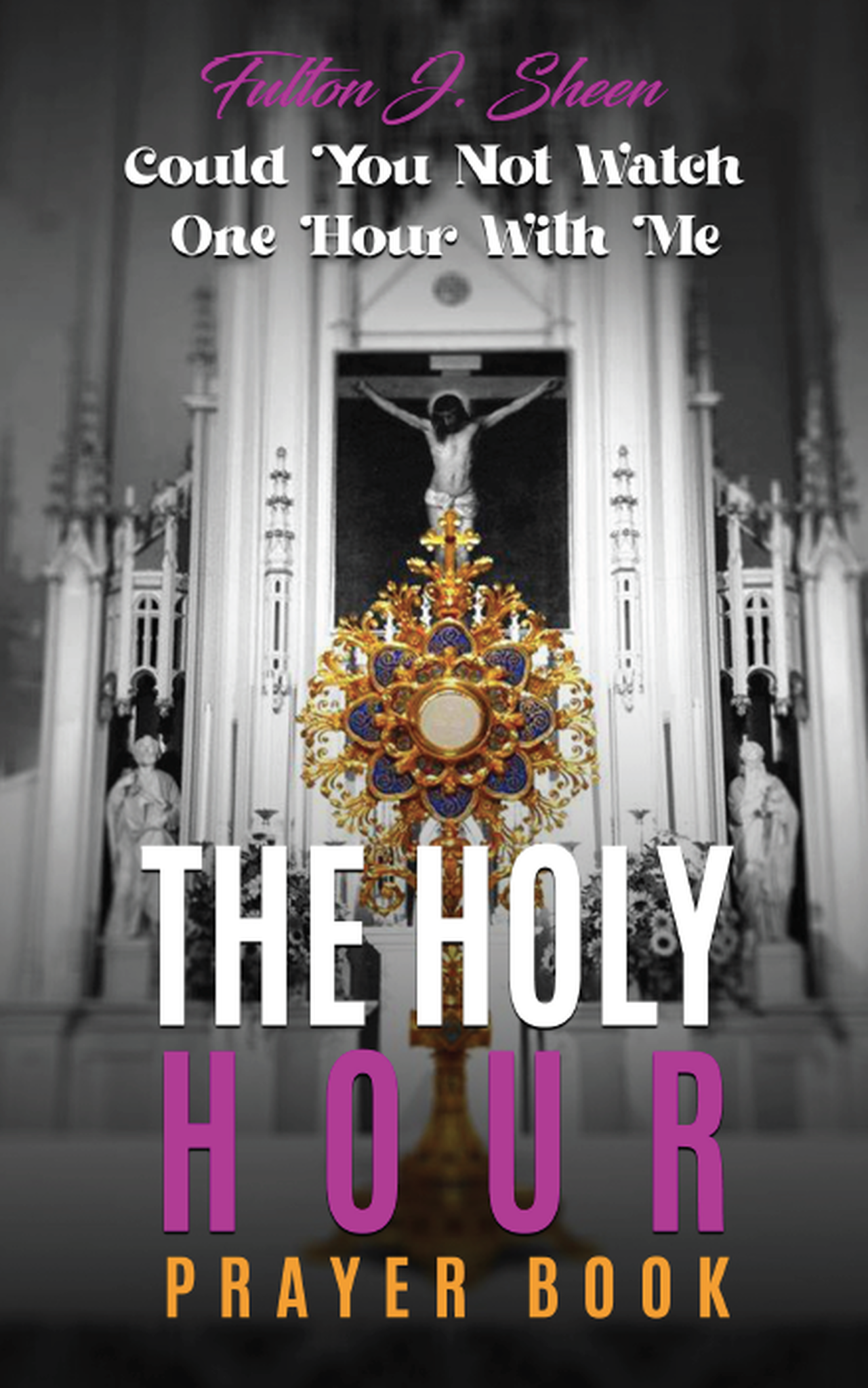 The Holy Hour Prayerbook: Could You Not Watch One Hour With Me – Fulton J. Sheen – Fulton Sheen Today (Paperback)

Could you not watch one hour with me?

Archbishop Fulton J. Sheen, when he was ordained, made a promise to make a Holy Hour daily before the Blessed Sacrament. For sixty years of his priesthood, he kept that promise. It was during his Holy Hour that he learned to listen and abandon himself totally to God’s call.

He always encouraged this practice in others, even non-Catholics. His strong convictions on the benefits of time spent in Eucharistic adoration were a powerful example to religious and laity alike. Of this practice he states:

“The Holy Hour is not a devotion; it is a sharing in the work of redemption. ‘Could you not watch one hour with me?’ Not for an hour of activity did He plead, but for an hour of companionship.”