If the Bible Doesn’t Say It, Can You Do It? 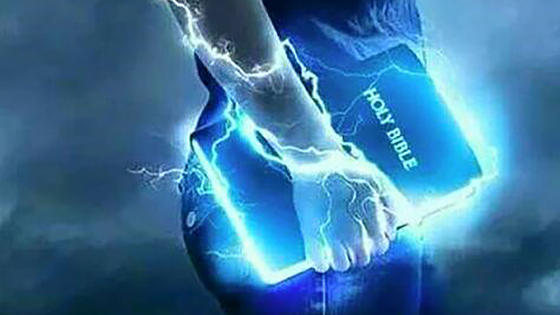 Whenever we’re talking about whether it’s appropriate to ask the saints to intercede for us, an objection that’s inevitably made is, “The Bible never instructs us to pray to the saints, or make our request known them. Therefore, we shouldn’t do so.”

The first thing we can say in response is that this objection commits a fallacy known as negating the antecedent. This starts when a person poses a hypothetical: “If A, then B.” Then he negates the first part of the statement (called the antecedent)—“not A”—and concludes, “Not B.”

For example, it’s true that if it’s raining outside, then the ground is wet. But let’s suppose we deny the first part of the statement and say, “It’s not raining outside.” Can we conclude that “the ground is not wet”? Of course not, since the ground may be wet due to some other reason, like yesterday’s snow melting.

The objection we’re considering in this article follows this same line of reasoning. It starts with the assumption that if the Bible gives us an instruction to behave in a certain way, then we should do it. And that part sounds good. We agree one hundred percent.

Now, our Protestant friend might rephrase his objection this way:

P1: We should confine our religious practice only to what the Bible says we should do.

P2: Invoking the saints’ intercession is a religious practice that the Bible doesn’t say we should do.

C: Therefore, we shouldn’t engage in the religious practice of invoking the saints’ intercession.

Unlike the first attempt, this line of reasoning is valid. The conclusion follows from the premises. But the problem here is premise one.

It assumes that the Bible is the only source for knowing which religious practices we should engage in as Christians. But nowhere does the Bible tell us this.

Now, a Protestant may respond with an appeal to 2 Timothy 3:15-16, where St. Paul tells Timothy, “All Scripture is inspired by God and profitable for teaching, for reproof, for correction, and for training in righteousness, that the man of God may be complete, equipped for every good work.”

But affirming that the Bible is “profitable,” or helpful, to achieve all these things doesn’t mean it’s the only thing we need to accomplish these things. Paul tells us in 2 Thessalonians 2:15 that there are some traditions handed down by word of mouth that we need to hold fast to.

A second thing we can say in response is that even though the Bible doesn’t say explicitly that we should pray to the saints, we can still infer the practice from what’s divinely revealed.

Since the saints in heaven are still members of the body of Christ (according to Romans 8:35 and 38, death doesn’t separate us from the love of God in Christ Jesus), we can infer that we ought not reject their help that’s offered through their intercessory prayer. We should employ it.

We can also infer the instruction to request the saints’ prayers from Paul’s request to the Romans to intercede for him in Romans 15:30: “strive together with me in your prayers to God on my behalf, that I may be delivered from the unbelievers in Judea, and that my service for Jerusalem may be acceptable to the saints.”

Another way we can infer the instruction to invoke the saints’ intercession is by appealing to the revelation that they do intercede for us. In a previous article, we showed that Revelation 5:8 reveals human souls in heaven offering to Jesus the petitions of Christians on earth. God’s revealing such activity implies that it is permissible for us to make our requests known to the saints.

Finally, we can respond with an argument that apologist Jimmy Akin gives in his book A Daily Defense. Things that are not prohibited by Scripture and have a rational basis are permitted under Christian liberty. Asking the saints to pray for us is nowhere forbidden in the Bible. Such a practice has a rational basis, as we’ve shown above. Therefore, asking the saints to pray for us is permitted under Christian liberty. This kind of liberty fits well with the “freedom which we have in Christ Jesus” that Paul describes in Galatians 2:4.

So, even though the Bible doesn’t say explicitly that we should request the saints’ intercession, it gives us enough information about the saints that justifies making our request of them. 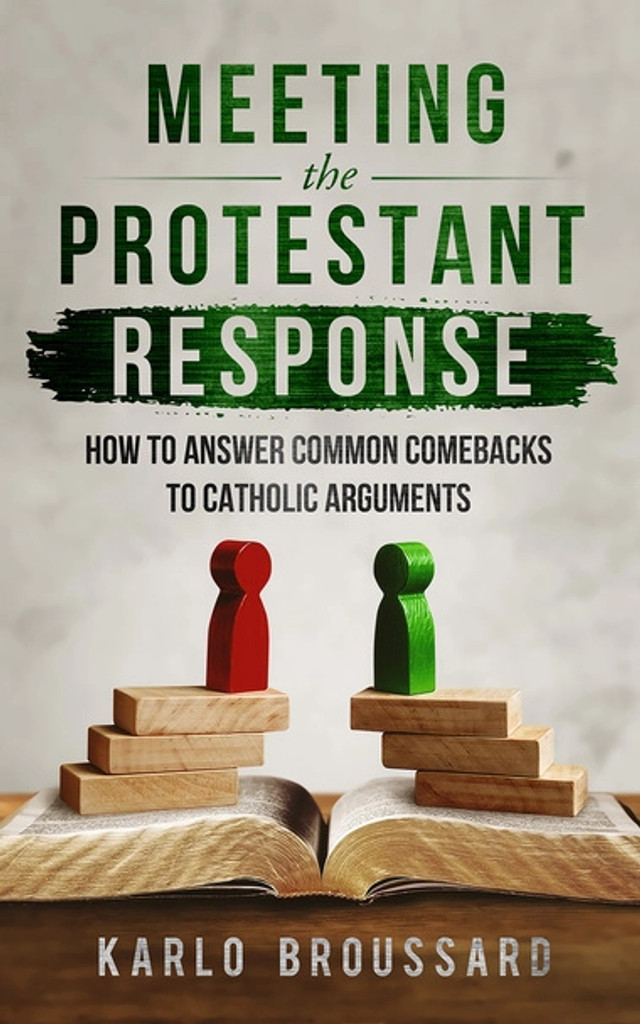 Meeting The Protestant Response: How to Answer Common Comebacks to Catholic Arguments

When Protestants Strike Back…

Thanks to apologetics, millions of regular Catholics have learned to give good reasons for the things they believe, usually to Protestants who challenge their faith with a Bible verse or historical claim.

But those critics of the Church have been paying attention, and now they have their own answers to rebut the standard Catholic proofs.

In Meeting the Protestant Response, Karlo Broussard follows up his bestselling Meeting the Protestant Challenge by looking at the fresh counter-arguments that Evangelical pastors and scholars have developed and taught their followers to make. On subjects like the Eucharist, the papacy, salvation, and the veneration of saints, Karlo breaks down these new comebacks, shows how they don’t actually disprove the classic Catholic argument, and offers more biblical, logical ways to explain and defend the doctrines and practices of our faith.

Karlo Broussard, a native of Southern Louisiana, left a promising musical career to devote himself full-time to the work of Catholic apologetics. As a staff apologist and speaker for Catholic Answers, he travels the country giving talks on apologetics, the Bible, theology, and philosophy.

Karlo holds undergraduate and graduate degrees in theology, and is working on his masters in philosophy. He also worked for several years with nationally known author and philosopher Fr. Robert J. Spitzer at the Magis Center.

Karlo is one of the most dynamic and gifted Catholic speakers on the circuit today, communicating with precision of thought, a genuine love for God, and an enthusiasm that inspires.