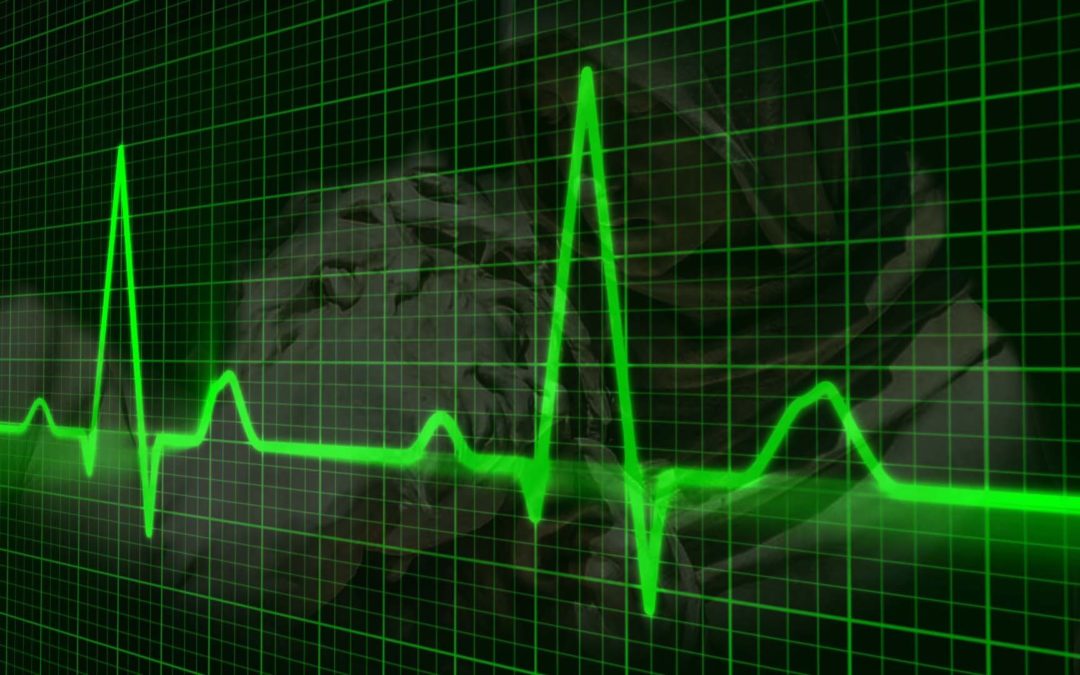 In 2004, Hollywood legend Clint Eastwood won Oscars for Best Picture and Best Director for a film for which he was also nominated Best Actor – Million Dollar Baby. Hillary Swank also won an Oscar for her portrayal of the title character, prize fighter Maggie Fitzgerald. In the trailer, Eastwood’s character Frankie Dunn (boxing trainer) asks his fighter Maggie, “Now what is the rule?” to which she confidently answers, “Protect myself at all times.”

This film breaks away from the stereotypical rags to glory sports story that audiences have come to expect. It is essentially about the value of human life. Fitzgerald is the up-and-coming young fighter with dreams of greatness who has her career cut short when she breaks her neck in the ring. For Maggie Fitzgerald, becoming a quadriplegic after being an elite athlete was just too much for her to bear. The film is asking the audience if anyone could possibly blame her for giving up on herself, for giving up on her life.

Her trainer Frankie Dunn is also distraught by the tragedy. He not only trained her to ‘protect herself at all times’, but he too felt a duty to protect his fighter. A trainer must know when to ‘throw in the towel’ even when their fighter refuses to quit. Dunn decides to relieve Fitzgerald from her suffering, ending her life in the hospital when no one is looking. This is portrayed as the merciful thing for him to do. He chooses not only to end her suffering, but his own as well. He cannot bear to see her slide further down into a shadow of who she used to be.

Reading user reviews on IMDb about this film brings the usual mix of praise and criticism. Interestingly, some of these reviews are from real-life quadriplegics. They do not like this film. They believe that a true fighter would not have given up on herself. Dunn, as her trainer, should have known this too.

In 2012, two-time WBO boxing welterweight champion, Paul Williams, had his career cut short in a motorcycle accident that left him paralysed from the waist down. Unable to fight ever again, his situation mirrored the Million Dollar Baby story. In an interview with sports caster Jim Gray, on the day he was supposed to fight current pound-for-pound star Canelo Álvarez, he said “Whether I am walking or not walking, my game ain’t over until the Lord takes my life.” The attitude of the fighter ever-present, even when the ability to fight in the ring has been taken from him.

It is never easy to undergo suffering, especially when we know that the suffering will never be completely healed and only end in death. Why prolong one’s own terminal suffering? We could look to Jesus for answers. Before He was first struck by a Roman soldier, Jesus suffered. He suffered with the knowledge of the torturous passion He was about to undergo, to the point of sweating blood. Even with this knowledge, Jesus still picked himself up. He fought. He fought for Love. He fought for us. He calls us to do the same, to walk a difficult road and pick up our cross. The world, however, tells us to give in. To give up the fight. To give in to death. To walk away from the cross. How will you respond to these contrasting calls? As people of God, we should never give in to despair.

The NSW Government is the only state in Australia that has not legalised euthanasia. However, it is a step closer to being legalised, with a bill having been passed by the Lower House in late 2021. The bill passed 52 votes to 32 and has now been presented to the Upper House. The majority of society, it would seem, is in favour of this bill. Included in this majority are many Catholics who are also in favour of this bill, against the teaching of their own Catholic Church. When it comes to life issues, many Catholics tend to fight for the unborn but there are far fewer willing to fight for the born. In my parish, approximately 90% of adult Mass attendees signed the 2019 Petition against abortion, whereas only about 40% signed the 2017 petition against euthanasia. In many ways it is easy to understand why this is the case. The secular world has such a strong influence over everyone through the media. Oscar winning films like Million Dollar Baby are telling us it is okay to give up the fight. For many Catholics, the thought of ending a life in a mother’s womb is not right, whereas many of these same Catholics have had to endure watching a terminally ill loved one suffer greatly, such as a parent or even a sick child. It is the very thought of this suffering that seems to make them less willing to fight against euthanasia.

As mentioned earlier, it is never easy to undergo suffering. Similarly, it is never easy to watch someone suffer. Why prolong the life of a terminal sufferer? We could look to Mary for answers. Many years before her Son Jesus was first struck by a Roman soldier, Mary was warned by Simeon, when he laid his eyes on baby Jesus for the first time, “And thy own soul a sword shall pierce” (Luke 2:35). Mary never left her son. Mary endured. She endured every blow to her son. She endured every scourge and every insult. She suffered with Jesus and stood there with Him to the end, at the foot of His cross. What if Mary had given up the fight? What if she walked away, unable to endure the suffering? Given the opportunity to euthanise Him, would she have ended her son’s life before He reached Calvary?

We don’t have to suffer to the extent that Jesus or Mary did. As a society, we must care for those who suffer, to ease both their physical and emotional pain as best we can. Euthanasia will prohibit our ability to do this. Monica Doumit, in her talk entitled Thou Shalt Not Kill, presents the complexities that result in the legalisation of euthanasia. For example, in the US, when euthanasia bills passed into law, health insurance companies changed their policies to support euthanasia over expensive medication needed by members suffering from rare illnesses. It is cheaper for society to terminate life than to ease suffering or even attempt a cure. This is just one example of the negative impact this bill will cause.

NSW Premier Dominic Perrottet, debated against this bill, but as the leader, he still did not have the voting numbers. The battle is being lost in the hearts of the citizens of society and that is reflected in the Lower and Upper Houses of government. However, we should not despair. Right to Life NSW says there are only two votes in the Upper House that could swing the decision to prevent or pass it into law. We still need to fight with our voices by signing petitions and writing to our government representatives. Of even more importance is to educate ourselves and our children in all matters of faith, so that we do not simply slip into the minority of the general population and end up dispassionately spectating the downfall of our society. Our fight can at times seem hopeless, but with the heart of a true fighter, we should never give up on life. Frankie Dunn asked Maggie Fitzgerald, “Now what is the rule?”. They both forgot the answer. Let’s not forget ours.

For NSW residents, please sign the Right to Life NSW ePetition against the passage of the Voluntary Assisted Dying Bill 2021 (https://righttolifensw.org.au/current-campaigns/), which closes on 25 April 2022.

If you enjoyed this blog and would like to contribute to great Catholic conversation and community, join us in ‘Parousia World’. It’s completely FREE!! To sign up, visit https://www.parousiamedia.com/parousia-world 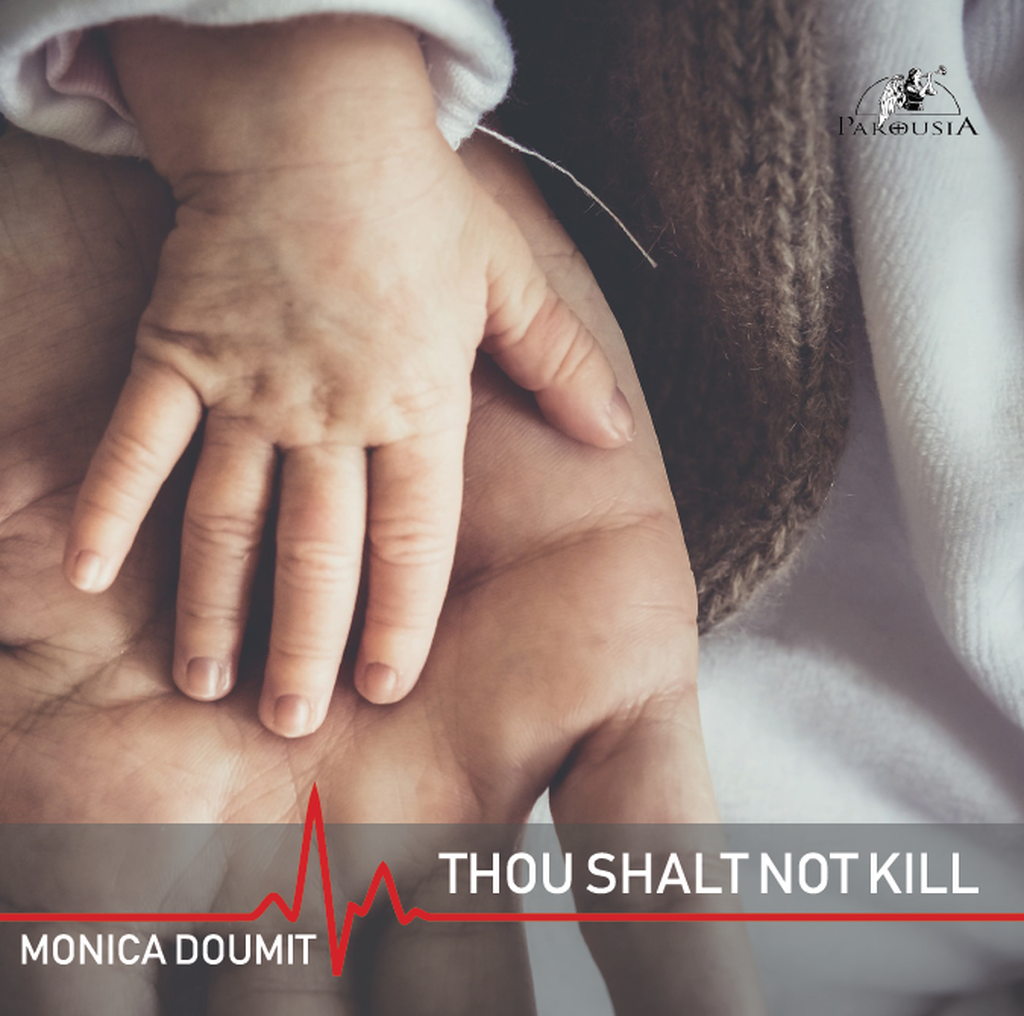 Thou Shalt Not Kill

In this presentation, Monica Doumit explains how Catholics can talk about abortion and euthanasia. She gives insights into the Pro-Choice movement’s tactics, including how they attack the premise and not the logic behind life issues. Often times financial reasons motivate the Available in the Following Formats:

Miguel Zaragoza is the Creative Content Coordinator with Parousia.