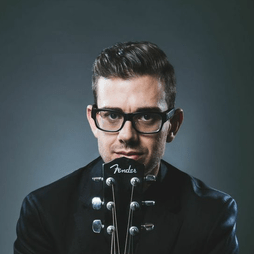 Fr Rob Galea is an ordained Catholic Priest and is currently serving in Sandhurst Diocese, Victoria after moving to Australia from Malta, his home country.  A singer and songwriter with an international fan base.

Fr Rob has been featured in national newspapers and magazines around Australia as well as in Channel 10’s The Project, and was a contestant in Australia’s 2015 The X Factor. He has recorded with several renowned artists such as pop idol Guy Sebastian, Paulini, Gary Pinto, Natasha Pinto and Amelia Farrugia, and has shared the stage with the likes of Matt Maher, Hillsong United, Darlene Zschech and more.

Whilst based in the Parish of St Kilians Bendigo Fr Rob serves as a chaplain to the Catholic College (High School) and local LaTrobe University campus.

Fr Rob Galea has a significant evangelistic and outreach ministry, speaking and singing at schools, conferences and churches around Australia and the world.

He and his team currently minister to over 200,000 young people each year, carrying Christ’a message of hope and relationship with Jesus to all they encounter.

Fr Rob’s passion is to draw others to the heart of God. He believes that music is an important instrument in helping people understanding the need for intimacy with God.

Fr Rob has released seven music projects to date. In all this, whilst greatly appreciating his gift of music, he recognises that before everything he is a follower of Christ, a priest and only then, a musician.

In 2008 Fr Rob, together with the late Bishop Joe Grech, founded the Stronger Youth Program – a series of youth retreats, rallies and small groups which are run around the Sandhurst, Melbourne and Perth Australian Dioceses.