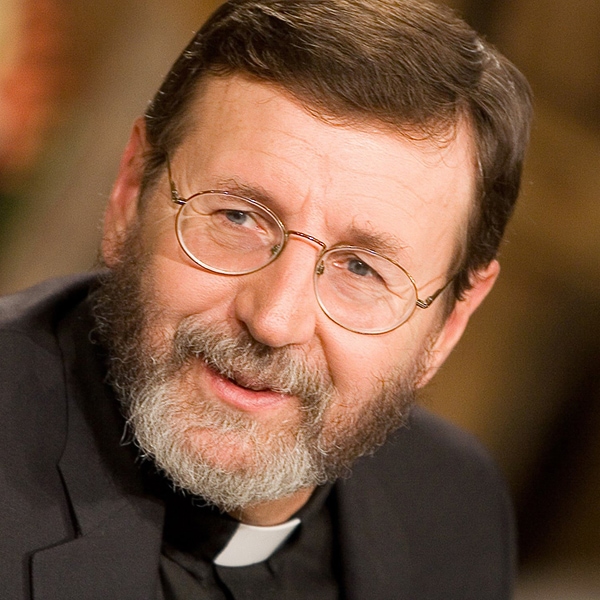 Fr. Mitch Pacwa, S.J. is a popular host of EWTN Catholic television network and Founder and President of Ignatius Productions, a Catholic media production apostolate. A respected biblical scholar, he is fluent in 12 languages and has led pilgrimages to the Holy Land over 50 times.  He wrote the best-selling St. Paul: A Bible Study for Catholics.

An accomplished biblical scholar and apologist, Father Pacwa, S.J. earned his Ph.D. in Old Testament from Vanderbilt University. He also holds a Master of Divinity and S.T.B. from the Jesuit School of Theology at Loyola University. He speaks 12 languages, including Arabic, Aramaic, Hebrew, and Koine Greek.

Father Pacwa is author of Catholics and the New Age: How Good People Are Being Drawn into Jungian Psychology, the Enneagram and the Age of Aquarius (1992), Forgive Me Father, for I Am Frustrated: Growing in Your Faith Even When It Isn’t Easy Being Catholic (1997), published by Servant Books. Holy Land Prayer Book (2004) published by Ignatius Productions and co-authored with Sean Brown, Go In Peace: Your Guide to the Purpose and Power of Confession (2007) published by Ascension Press, and Saint Paul: A Study Guide for Catholics (2008) published by Our Sunday Visitor, Saint Paul on the Power of the Cross (2008).

Father Pacwa established Ignatius Productions, a Catholic media production apostolate, in the year 2000, whose mission is to teach people the scriptures, educate Catholics about their Faith, and promote unity and understanding within the Mystical Body of Christ.