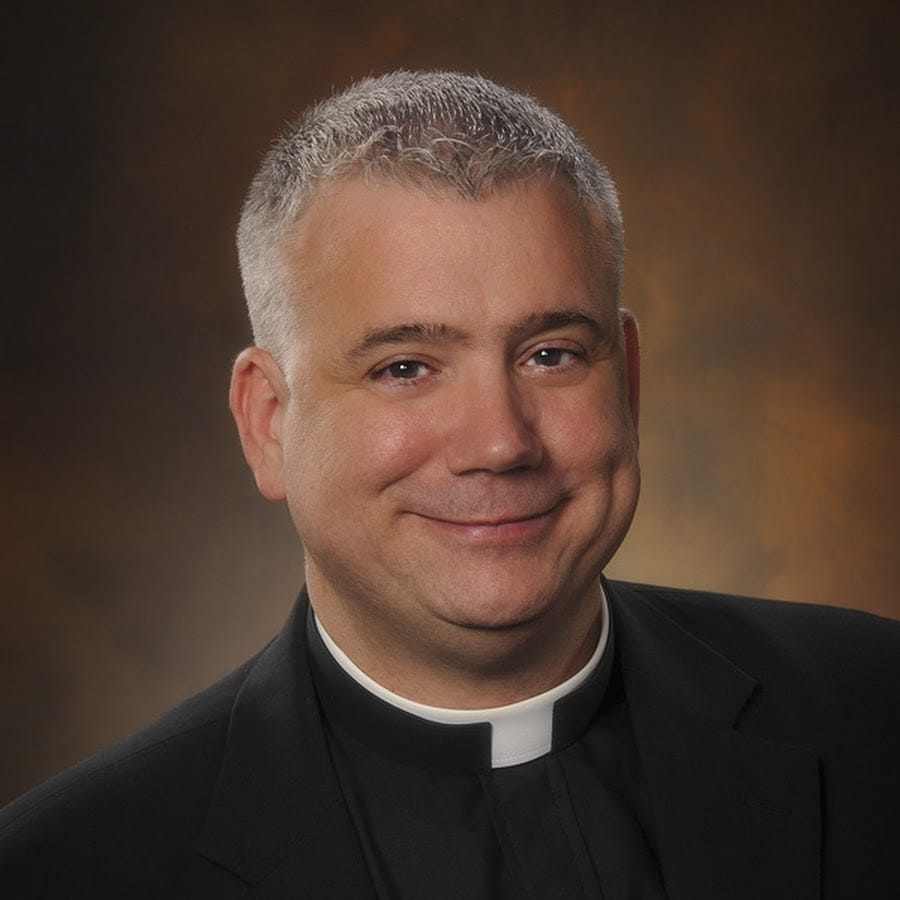 A gifted and captivating speaker, preacher, retreat master, and author, Fr Larry Richards holds the answer to some of life’s most profound questions.

Fr. Larry speaks from experience as a pastor of an inner city parish, a high school chaplain, a counselor and evangelist. Fr Larry Richards has directed hundreds of retreats, parish missions, and conferences for young and old alike.

His inspirational talks, presentations, and books, always authentic and enthusiastic, have changed the hearts, minds and lives of millions of listeners and readers worldwide.

Father Larry Richards was born in Pittsburgh, Pennsylvania. After high school, he attended the college seminary at Gannon University and received his Bachelor of Science degree in Mental Health in 1983. Father Larry Richards continued his studies at the major seminary at St Vincent in Latrobe, Pennsylvania, and received his Masters of Divinity degree in 1987. He will soon conclude his studies at the University of Notre Dame and be awarded a Master of Arts degree in Liturgy.

Fr Larry Richards is the founder and president of The Reason for our Hope Foundation, a non-profit organisation dedicated to ‘spreading the Good News’ by educating others about Jesus Christ.

Father Larry’s first book, “Be a Man! Becoming the Man God Created You To Be” was published by Ignatius Press in October of 2009, and was the #1 best seller by Ignatius Press, having sold over 100,000 copies.

In “Be a Man!” he recounts his struggles to learn true manhood, as well as the inspiring stories of others he has served in his decades as a priest. He tells men how to focus on the right goal, how to live as a beloved son of God, of the need to acknowledge one’s faults and to live according to the Holy Spirit, to be a man of true love and of wisdom, to appreciate properly the differences between men and women, to pursue holiness, and to make a difference in the world.

Not preachy but direct, Father Larry challenges men to be strong, without putting on a mask of false strength or machismo. He calls men to admit their weaknesses and limitations, while urging them to find strength in faith and genuine love to overcome their sins and faults.

Father Larry’s second book, “Surrender! The Life Changing Power of Doing God’s Will” was published by Our Sunday Visitor in September of 2011 and has sold over 40,000 copies. Fr Larry Richards challenges you to let go of attachments, assumptions, and excuses that hold you back from giving yourself more fully to God, in order to receive everything God wants to give you.

In 2014, a Catholic Men’s Bible, NABRE, with introduction and instructions by Fr Larry was published by Our Sunday Visitor. Scripture Desk Calendar entitled “No Bible, No Breakfast! No Bible, No Bed!” containing both morning and evening Scripture passages and encouraging words from Fr Larry, was published by The Word Among Us in 2014.

Fr Larry can be seen on the EWTN televised programs “Living Right with Dr Ray” and “Crossing the Goal”. EWTN broadcasts a mini-series entitled “Be A Man” in 2014 in five episodes to inspire men to become the true heroes they long to be – men of courage, compassion and integrity.