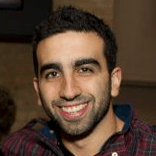 Christian Stephens is an Associate Lecturer in the School of Philosophy and Theology, University of Notre Dame, Sydney. Amongst other studies and formation programs he has a Masters of Philosophy, specialising in the thought of St Thomas Aquinas.

Christian Stephens is married with three children. Before the Univsersity of Notre Dame, he previously worked for the Archdiocese of Sydney in various capacities, including two years with the University Chaplaincies.

Over the past eight years he have been invited to give dozens of talks at parishes, university chaplaincies, youth groups and retreats.

Christian has also published five chapters for Brook (ed.), An Introduction to Philosophy and Theology within Catholic Liberal Education, McGraw-Hill, 2015: ‘Revelation and Truth’, ‘The Theological Virtues’ and ‘Ultimate Happiness’, while co-authoring two: ‘Philosophical and Theological Reflection’ and ‘Introduction to Moral Theology.’