Can Yoga be Christian? 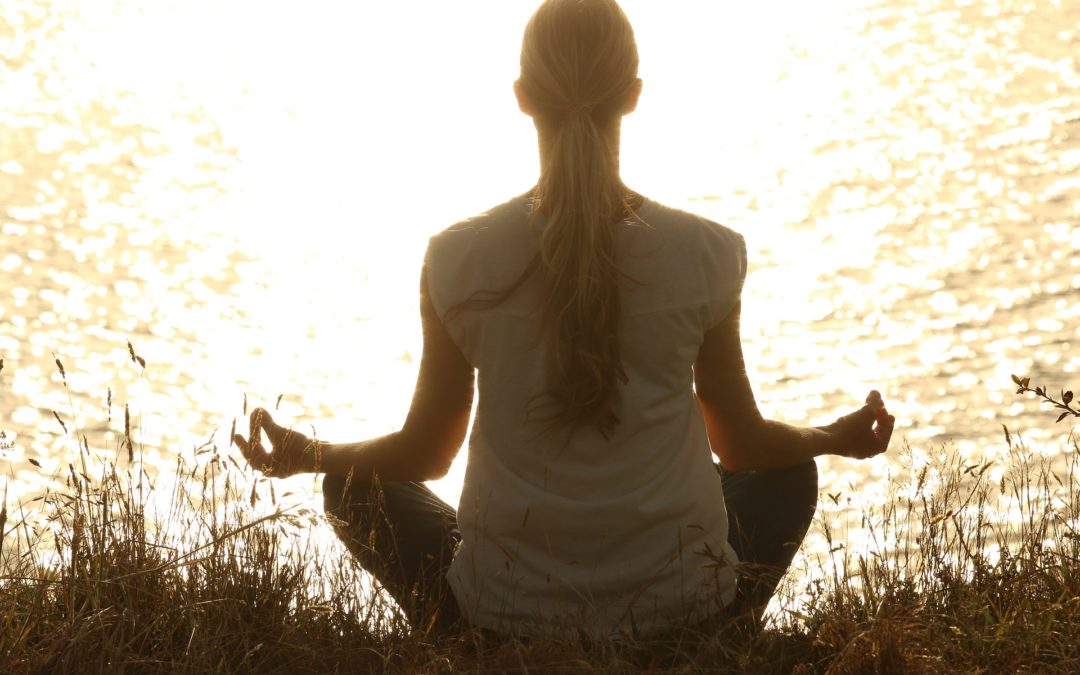 Some years ago I was on the staff of a Catholic institution. The Administration requested that all staff participate in a one hour introductory session of tai chi as a segment of a spirituality day. I was approached by several members of staff who complained to me that they should not be required to engage in a practice which had pagan roots. I replied that I knew very little about tai chi, but in my capacity as staff spiritual advisor, I would endeavour to find out what I could about it and get back to them. After gathering some information about the practice, I had some misgivings about the philosophy underpinning tai chi and also about the altered state of consciousness which seemed to be an integral part of it. Searching further, I consulted a senior priest very highly respected in the diocese. After expressing to him my concern about Catholics engaging in tai chi, I asked for his views on the matter. In response he reminded me that some 40 years ago there was quite a debate as to whether Catholics should be participating in yoga. Then, he said, a Benedictine monk wrote a book called ‘Christian Yoga’ which Catholics found acceptable. In the light of that precedent, he went on to say, it could well be that a similar development could happen with tai chi. Uneasy with this view, I determined to go back and look more closely at the Christian yoga of Dechanet to which he was obviously referring. And in the meantime, I made a close study of yoga in general, the results of which appear in my book, Yoga, Tai Chi, Reiki: A Guide for Christians.

Jean-Marie Dechanet was a French Benedictine who had been an invalid till he was 40, when, he says, he was ‘providentially healed’. Steeped in the spirituality of William St Thierry, he became profoundly convinced of the close links between body, mind and spirit, and sought to live that out in his own life. It was this which led him to investigate Hindu yoga. With his theological and spiritual background, he came to see that the religious underpinning of such yoga clashed with his Christian beliefs.

He then went on to develop a form of yoga which he believed was eminently suited to Christians and which allowed a healthy incorporation of the human body into spirituality. Firstly, he exorcised all Hindu beliefs from the techniques and disciplines of hatha yoga. In doing so, he believed that such purified techniques which took full account of the body’s effects on the mind and spirit, would be an excellent means of disposing Christians for prayer, liturgical and personal.

He then set himself to test his theory by experimenting with his modified yoga. In a short time he claimed to have experienced a number of physical and psychological benefits. And while he did not see this ‘Christian Yoga’, as he was later to call it, as a form of prayer, he saw it as an effective launching pad into contemplative prayer, as well as a means of putting renewed meaning into bodily postures and gestures in liturgical prayer, so much a part of Benedictine life.

Enthused by his experience, he began conducting classes for other Christians, mainly Catholic religious, who claimed to share Dechanet’s positive results. After seven years, Dechanet gathered his experience into a book, ‘Christian Yoga’. It sold well, going through several editions in different languages. The English edition arrived in Australia in the 1960’s. Most religious houses and seminaries purchased a copy at some time. Three factors gave the book a high level of credibility amongst Catholics. The approach arose from practical research. It had been written by a member in good standing of an esteemed contemplative Order. And the book has a statement at the front from Dechanet’s local bishop that the work was free of doctrinal and moral error. 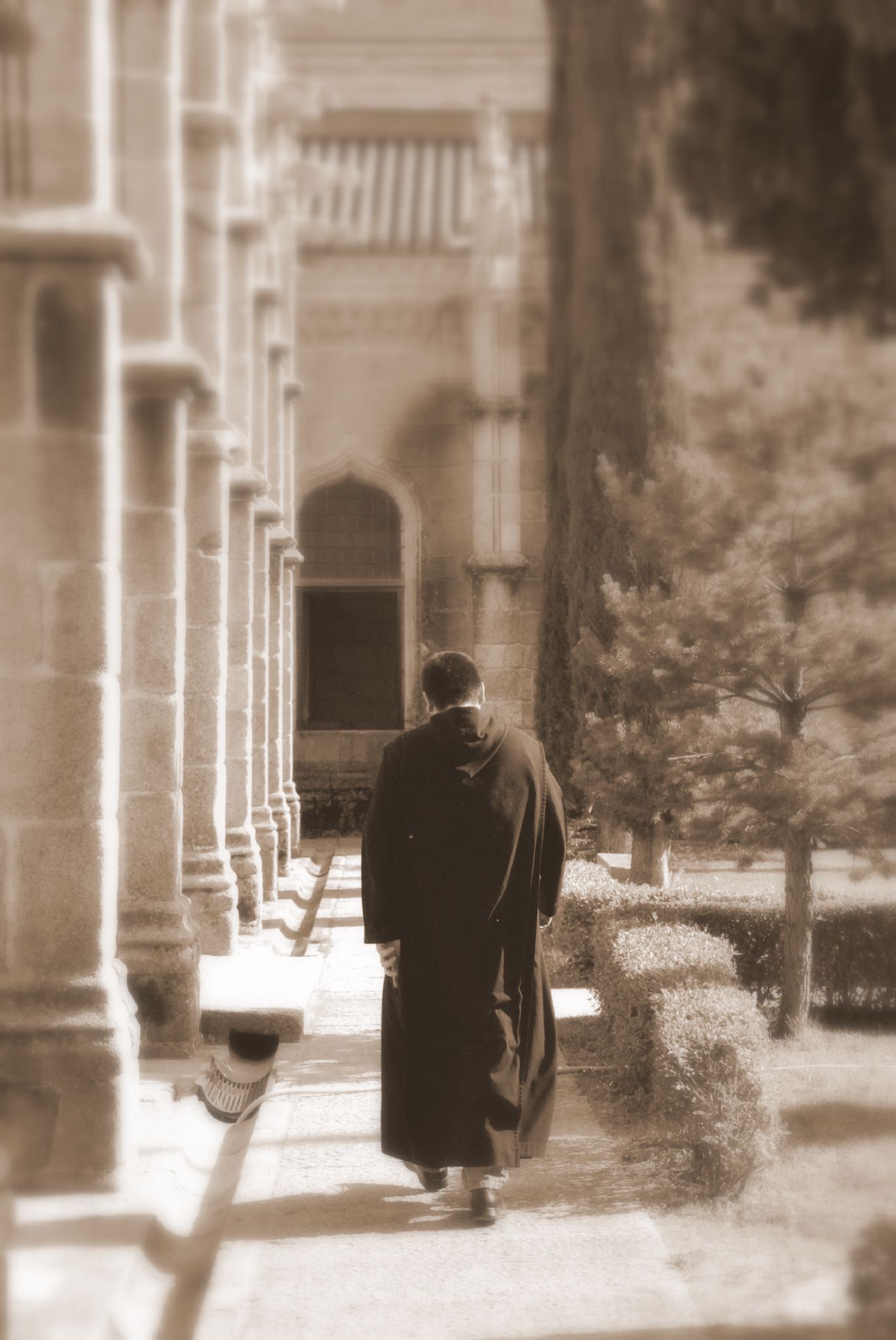 Shortly after its French publication in 1956, Dechanet was transferred to Africa to become Prior of a Benedictine Monastery in the Congo Republic. So touched was he by the warm reception his book received around the globe, he decided to extend it by conducting a correspondence course in his yoga from the base of his missionary outpost. In so doing, he fleshed out the concise presentation of techniques and theory which characterised his book. In 1964 he presented his correspondence course in book form under the title, Yoga in Ten Lessons1. One significant development in this second book was the introduction of certain refined meditation techniques used in raja yoga which are designed to assist one in entering into deeper states of altered consciousness. Shortly afterwards he returned to France, setting himself up in a hermitage where he became known as ‘the hermit of Valjouffrey’. It was there that he published his third book, Yoga and God2, in 1967. This, the fruit of 16 years’ experience practising and teaching yoga, shows a marked departure from his two previous works. While the book’s stated aim was to re-establish the place of the body in spirituality based on ‘Naturalism’, its real purpose, it seems to me, was to justify the introduction of kundalini yoga into his system.

“[H]e published his third book, Yoga and God2, in 1967. This… shows a marked departure from his two previous works. … its real purpose, it seems to me, was to justify the introduction of kundalini yoga into his system.”

For the first time we discover that the author has been practising this form of yoga for a decade, starting about a year after his first book appeared. We are also alerted to another disconcerting development in his spirituality of Naturalism – he is now besotted with astrology9. The very first page of the book is completely filled with a large diagram of the Zodiac, and in the course of the book, the author reveals how ‘insightful’ it was for him to have his horoscope read by a priest! The supposed influence of the stars on human personality permeates the book which carries no endorsement by a bishop that the book is free of doctrinal or moral error.

In pursuing what Dechanet believed was a perfectly sanitised form of Hindu yoga, there is no doubt that his motives were of the highest order – the revitalization of Christian and monastic life. But even from the outset, there were cracks in the foundation of his ‘Christian Yoga’. These deepened and widened as time progressed.

Dechanet was unaware of the effects of altered states of consciousness on the human psyche. The techniques of hatha yoga, even when divorced from Hinduism, are not neutral. The slow movement of the poses performed in silence and the highly retarded breathing have the combined effect of significantly altering one’s state of consciousness. And as I have stressed in my book, such a condition opens one to demonic influence.

The meditation techniques of raja yoga introduced later in the development of Dechanet’s yoga, intensify the altered state of consciousness. So the poses, the breathing and the raja meditation all can be directed to the arousal of the kundalini. And it is this which is powerfully effective in producing psychic powers as Dechanet declares:

There is no cause for alarm if a Christian Yogi finds himself more intuitive, more clairvoyant, if he amazes people by his wonderful powers of endurance, and even if he experiences from time to time, some paranormal powers (for my part I have noticed some curious, very curious presentiments, like premonitions). If he takes pleasure in these or by-products of yoga, if he desires them intensely, if he makes them the object of his exercises, that is another thing. His aim is rotten to the core and cannot lead to anything but disillusion.3

Here, Dechanet is giving the advice which any Hindu guru would give to his disciple searching for enlightenment. Don’t be distracted by the siddhis, keep your eye on your ultimate goal which is enlightenment or becoming divine. It is obvious from such advice that Dechanet is naively unaware of both the source of such powers and their moral evil. Some of these siddhis are at odds with biblical teaching e.g. clairvoyance4, contact with the spirits of the dead5, exploring past lives6, communing with guardian spirits7. Such lamentable discernment from one who had studied the moral theology of the day makes one wonder whether Dechanet’s prolonged practice of altering his state of consciousness has been a factor in the blurring of his discernment.

Forty years later, Dechanet has come and gone. But his books influenced a generation of Catholics to believe that yoga was not only a healthy pastime but an excellent means of disposing one for contemplative prayer. Little did they realize that practitioners could so easily enter the devil’s playground even to the point of becoming inhabited or possessed by demons as I have illustrated in my book and as exorcists have experienced in their ministry8.

The name ‘Christian Yoga’ coined by Dechanet and used by others, is a contradiction in terms. If it is Christian, it is not yoga. If it is yoga, it is not Christian.

9.    Dt 4: 19 makes it quite clear that astrology is the worship of a false god and it is also used as a form of divination – see Dt 18: 10-12. Dechanet saw the stars as a determining factor of peoples’ personalities, a power which inanimate objects do not possess. 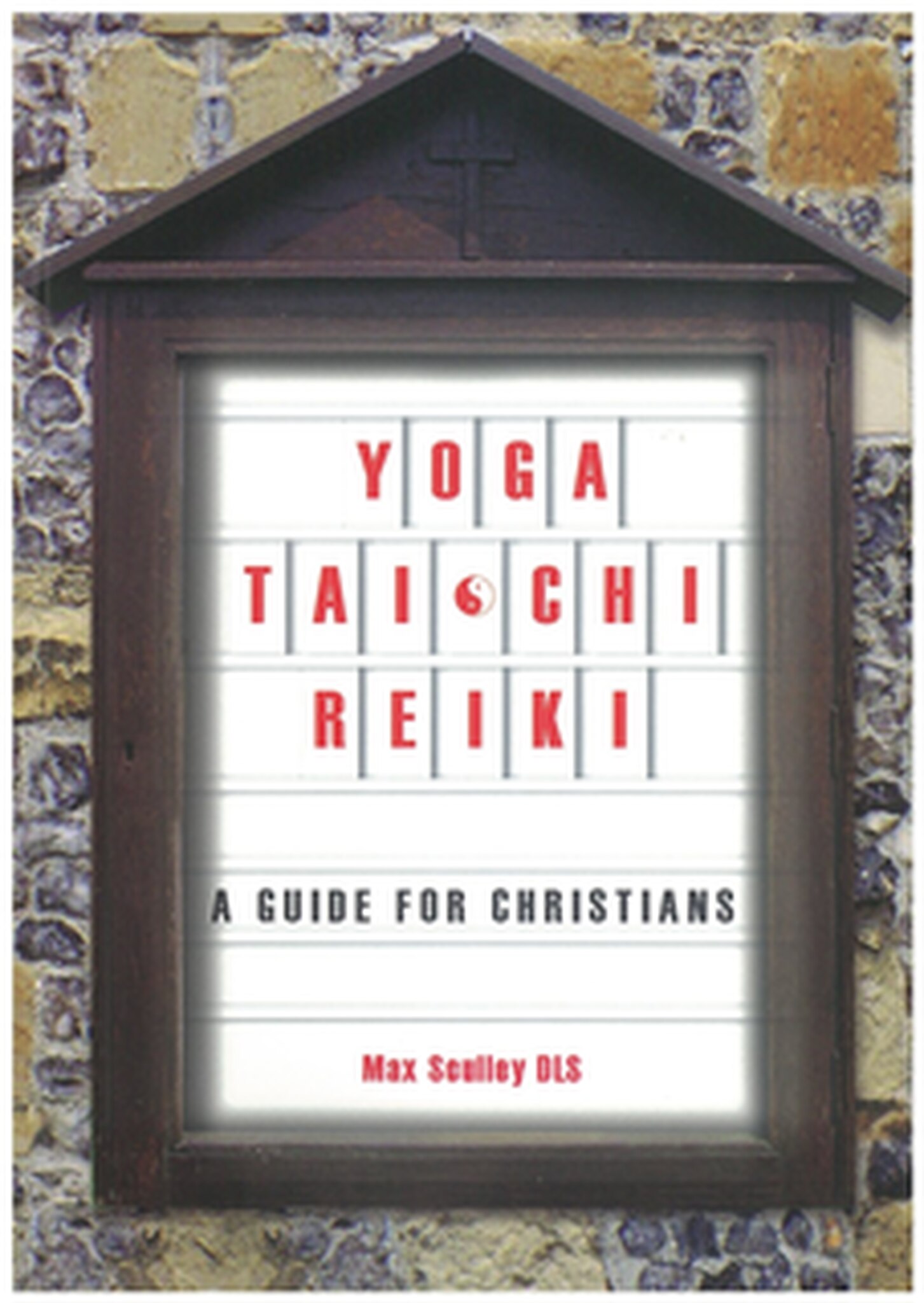 Max Sculley’s definitive critique of Yoga, Tai Chi and Reiki comes with a timely warning that despite these practices’ surface appeal for helping fitness, relaxation and health, they are closely linked to underlying Eastern philosophies that are incompatible with Christianity.
Vatican documents, including one authored by the present Pope when he was Cardinal Ratzinger, have highlighted the spiritual dangers associated with methods of meditation associated with Eastern religions.
Despite these warnings Yoga, Tai Chi and Reiki continue to be promoted in parishes, schools and religious orders.
Max Sculley’s detailed and well-documented analysis of Yoga, Tai Chi and Reika includes gripping personal stories that bring home the dark side of these practices.
This book needs to be widely circulated among teachers, clergy and religious.
Buy Now - $24.99
Subscribe
2 Comments
Oldest
Newest Most Voted
Inline Feedbacks
View all comments

Yoga, tai chi and reiki is the devil taking the mind and souls of students and everyone. Please becareful to introduce this in the Schools. The Yoga…
If we like a better spiritual life, take time to learn and teach the World of God and the Catholic Catechism
Virgen Mary pray for us.

Br Max Sculley has been a De La Salle Brother for the past 58 years. For a number of years he was engaged in the education of senior students in high schools in different parts of Australia and in New Zealand. Br Max was involved in welfare work in Sydney and worked in adult Christian education in Australia, PNG, USA and Kenya where he was involved with the formation of young African religious. He has a B.Sc. in Psychology, and an MA in Formative Spirituality and Qualifications as a Spiritual Director, both from Duquesne University, Pittsburgh, USA. Br Max has spent the last 12 years doing research for his book ‘Yoga, Tai Chi, Reiki: A Guide For Christians‘.