Blessed Are You Among Women: The Fourth Sunday of Advent 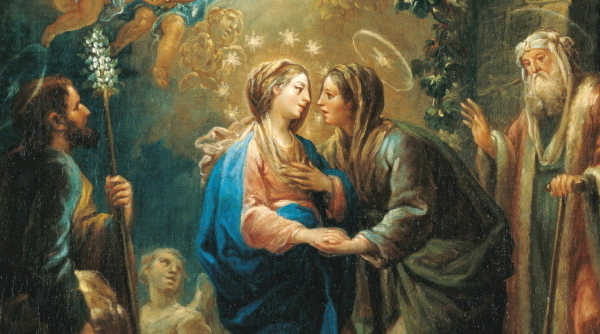 This article first appeared at: stpaulcenter.com

The Fourth Sunday of Advent marks a switch in focus from John the Baptist (on the previous two Sundays) to the events immediately leading up to the birth of Christ.

Mary set out and traveled to the hill country in haste to a town of Judah, where she entered the house of Zechariah and greeted Elizabeth. When Elizabeth heard Mary’s greeting, the infant leaped in her womb, and Elizabeth, filled with the Holy Spirit, cried out in a loud voice and said, “Blessed are you among women, and blessed is the fruit of your womb. And how does this happen to me, that the mother of my Lord should come to me? For at the moment the sound of your greeting reached my ears, the infant in my womb leaped for joy. Blessed are you who believed that what was spoken to you by the Lord would be fulfilled. Luke 1:39–45

In this episode, Elizabeth treats Mary as the royalty she is because, after all, Mary is a princess, even a queen, of the house of David. She is the one to bear the Crown Prince, the royal Son.

We must keep in mind that from a human social perspective, Elizabeth was of a much higher standing and “rank” than her lowly cousin Mary. Elizabeth was the wife of a high-ranking priest, Zechariah, and she was old. Mary was young and only betrothed to an otherwise unknown craftsmen from a poor and distant region of Israel, Nazareth. According to social convention, all honor and deference should have flowed from Mary to Elizabeth.

The “mother of my Lord” is a title of the queen mother. In ancient Israel, it was not the king’s wife but his mother who reigned as queen. Her place in honor and influence was second only to the king. Observe, for example, that Solomon bows down to the queen mother Bathsheba, has a throne brought for her, and promises her a “blank check” for whatever she requests (1 Kgs 2:19–20). That was court protocol for how the queen mother was to be treated. Other Old Testament texts (Jer 13:18; 29:2) confirm that she ranked directly after the king in social status.

Elizabeth is a wise woman, learned in the history and culture of Israel and Judah. Through the Holy Spirit, she recognizes our Mother Mary as the Queen Mother, as the “First Lady” of the kingdom of Israel, and she treats her as such, showing her all deference and veneration. So if we are ever challenged by non-Catholics concerning the biblical nature of the honor we show Mary within the Church, we should point to this passage of Luke as indication that the custom of venerating the Blessed Mother began in her lifetime, in the very pages of Scripture.

As in other places of Scripture, what is highlighted in particular about the Blessed Mother is her faith. She was and is a woman of incredible faith, who believed the prophets and trusted the angelic messengers, even when the message seemed beyond human credibility. In this, she serves as an example for us.

This Sunday, let’s ask God that Mary’s faith become our own. St. Josemaría liked to pray:

Oh Lord, I wish to receive you, with the same purity, humility, and devotion, that your Blessed Mother received you.

Mary believed God, and so Jesus Christ took flesh within her. At this Mass, Jesus Christ is going to take flesh once more in the Blessed Sacrament and enter each one of us as he entered the body of his Blessed Mother. Let’s ask for the faith truly to believe that this is so—that through this Eucharist, Christ’s Body is united to ours. And then let’s make an act of total abandonment, discarding any ulterior motives in our life (for comfort, pleasure, power, wealth, fame, etc.), that in the coming week our only waking desire would be to say to the Lord, “Behold, I come to do your will.” 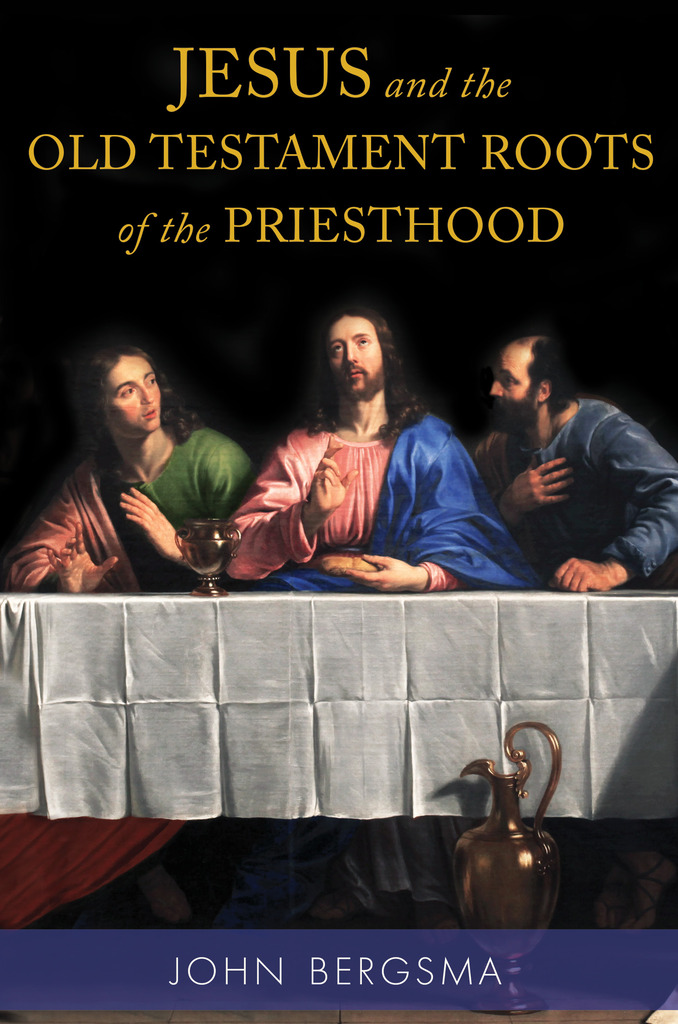 Jesus and the Old Testament Roots of the Priesthood (Paperback)

Is there anything in the New Testament about the need for priests in the Church? Many Protestants would argue no. And if you point out that there is a priesthood in the Old Testament, they are likely to say it was a feature of the Old Covenant that was undone by Christ. How should a Catholic respond?

In Jesus and the Old Testament Roots of the Priesthood, biblical scholar John Bergsma convinces readers that Jesus did, in fact, intend for a ministerial priesthood to be a key feature of the New Covenant.

Bergsma shows how the priesthood is a major thread holding together the biblical story line—beginning with Adam’s loss of the gift of priesthood in the Fall and the long process of restoring his descendants to a priestly status over the centuries, culminating with Christ.

With chapter summaries and discussion questions included, Jesus and the Old Testament Roots of the Priesthood can readily be adapted into a four-part study for personal or small group use.

Dr. John Bergsma is Professor of Theology at the Franciscan University of Steubenville. A former Protestant pastor, Dr. Bergsma entered the Catholic Church in 2001 while getting his Ph.D. in Bible from the University of Notre Dame. A close collaborator of Dr. Scott Hahn, Bergsma speaks regularly on Catholic radio and at conferences and parishes nationally and internationally. He and his wife Dawn reside with their eight children in Steubenville, Ohio.